Sign in  |  Create a Rediffmail account
Rediff.com  » News » On the back foot, Cong CWC meet to discuss Lokpal 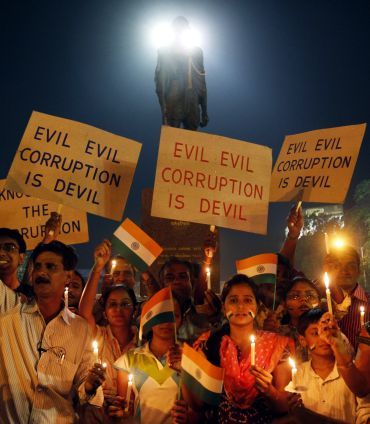 Congress President Sonia Gandhi has convened a special meeting of the Congress Working Committee on Friday at 4 pm to discuss the Lokpal bill which has been consistently in the news for the last couple of months. Sources say the ongoing Telangana agitation is also expected to be discussed.

The party has woken up to the reality that the Lokpal logjam is refusing to die down, that corruption has hit the centrestage of national politics, and the fact that the Congress-led United Progressive Alliance's ministers and members of Parliament are in Tihar jail.

All these have led to the perception that this is a government which has let corruption flourish. This has led to the party deciding to put its brains trust together and discuss the volatile issue. In Sonia's scheme of things, the CWC had become a redundant body, called only to pass condolence messages. 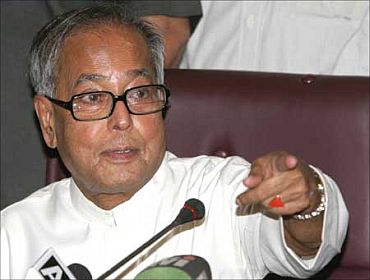 A source said that her remarks are normally very brief, and she does not participate much in the discussions. Congress general secretary Rahul Gandhi, who has just returned from a trip abroad, is expected to participate and express his views.

Union Finance Minister Pranab Mukherjee, who was heading the Lokpal committee, is expected to give members a full and detailed briefing on the discussions which took place in the committee, just as he briefed the members of the UPA at a dinner at the prime minister's residence two days ago.

The issue of whether the prime minister should be included in the Lokpal or not is also expected to come up, since there is a division on this issue, with Party General secretary Digvijay Singh backing the proposal.

There is great curiosity on whether Rahul also backs the proposal, though largely the plan is to oppose it as cleared by the core group. 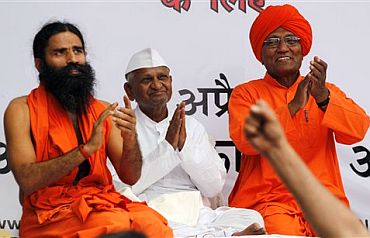 "Having badly handled the issue from the beginning, the Congress and the government seems to be now trying to make amends by adopting a tough posture and showing Anna Hazare and company 'their place', said a senior CWC member.

"The meeting is being called to send a strong message that the party would not tolerate extra constitutional voices trying to dominate the system. The fact that it has been accommodative should not be taken as a sign of weakness," he added.

But the majority view now is that the exercise is being undertaken too late in the day.

"The damage which Hazare and company did to the credibility of the Congress and UPA has already been done," said another senior leader.

He said that the stand taken by the leadership now should have been taken much earlier and other parties should have been roped in to minimise the Baba Ramdev-Hazare effect. There is also a great deal of worry in the party over the continuing Telangana agitation which party leaders say needs to be resolved one way or the other.

The core group has discussed the issue and the CWC is also likely to take it up, though party general secretary in charge of Andhra Pradesh, Ghulam Nabi Azad is in China and will not be attending the meeting.