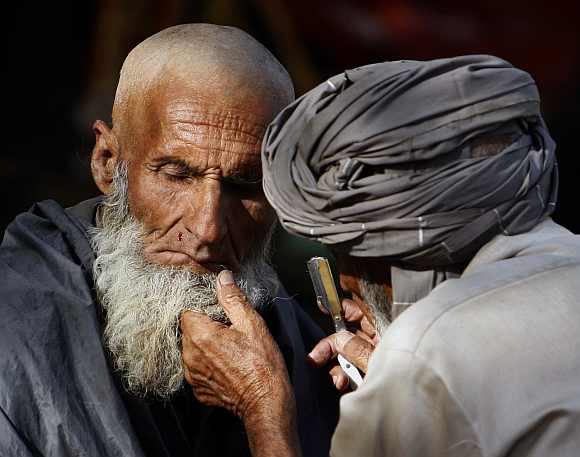 Image: A street barber nicks the face of a man as he gives him a shave in Kabul
Photographs: Reuters

The Pakistani Taliban have introduced "moral policing" in parts of northeastern Afghanistan in a bid to enforce their puritanical version of Islam, Afghan police officials have said.

Key leaders of the banned Tehrik-e-Taliban Pakistan -- including its chieftains Maulana Fazlullah from Swat, Maulvi Faqir of Bajaur Agency and Abdul Wali of Mohmand Agency -- and dozens of their fighters fled military operations in Pakistan and sought sanctuary in the Afghan provinces of Nuristan and Kunar.

They mounted sporadic cross-border attacks on Pakistani troops in Chitral and Dir districts of Khyber-Pakhtunkhwa.

Now, they have introduced "moral policing" on the pattern of the Taliban-era "Department for the Preservation of Virtue and Prevention of Vice" in Kamdesh district of Nuristan. 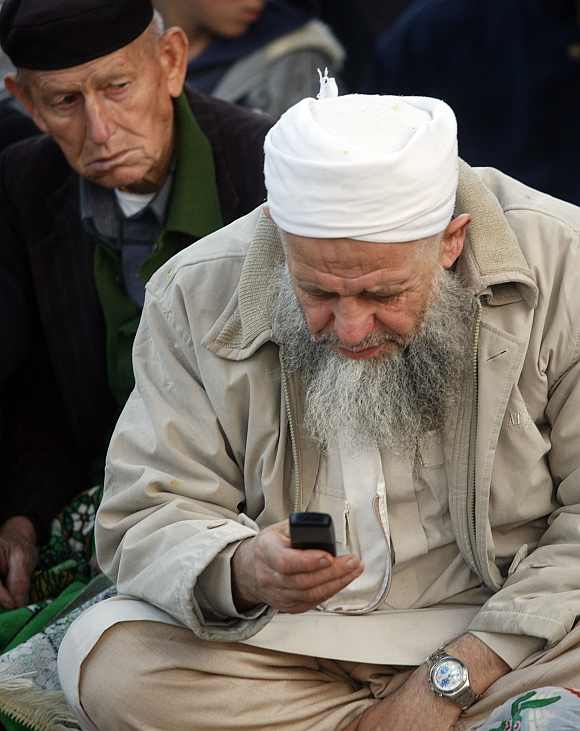 Image: A man looks at a mobile phone as he attends special prayers
Photographs: Reuters

Armed vigilantes of the Pakistani Taliban roam the streets to stop what they believe are "un-Islamic" activities.

The vigilantes, according to Nuristani, are affiliated with a Pakistani Taliban faction led by Maulana Fazlullah, the infamous cleric who fled his stronghold in the Swat valley following a military operation in 2009.

The Taliban's shadow governor for Nuristan, Sheikh Dost Muhammad, dismissed Nuristani's claim as "part of propaganda to undermine the Taliban's growing popularity in the region". 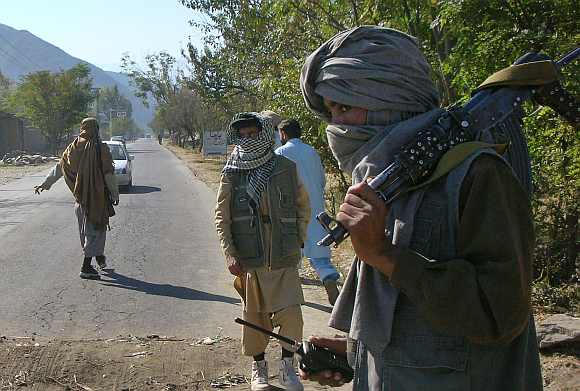 "Only Afghan Taliban operate in the areas under our control," Dost Muhammad said over phone. However, local journalists said people are routinely body-searched in Taliban-controlled areas.

Before the toppling of their regime by the United States-led foreign forces in 2001, the Afghan Taliban had set up a department called Amar Bil Maroof Wa Nahi Anil Munkar or the Department for the Preservation of Virtue and Prevention of Vice, as part of their Islamisation campaign. 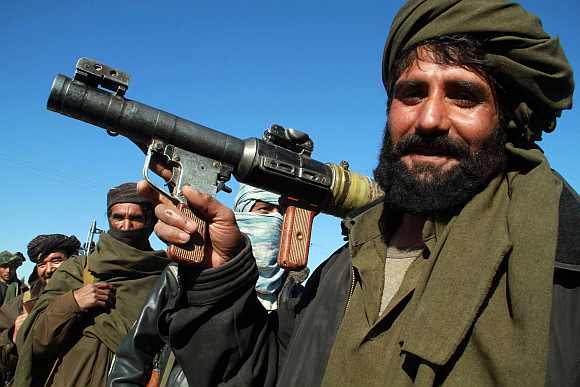 The Nuristan police chief claimed scores of Pakistani families had also crossed over into Kamdesh district, where the writ of the Afghan government does not apply.

Afghan officials claimed Pakistani Taliban fighters were "harassing native Afghans" in Barg-e-Metal district and forcing them to vacate their homes for Pakistani families.

Nuristan and Kunar virtually fell to the Taliban following the pullout of US-led North Atlantic Treaty Organisation forces from forward bases in the two provinces in 2009-10.

In a related development, Afghan forces on Sunday seized a truckload of bomb-making material in Kunar which, they claimed, was coming from Multan in Pakistan's Punjab province.