Despite differences, almost all the militant factions agree that fighting inside Kashmir is the holiest jihad, reports Tahir Ali in Islamabad

The Punjabi Taliban or Tehrik-e-Taliban Punjab, after organising its men in the lawless tribal areas of Pakistan, has announced a new phase of jihad inside Jammu and Kashmir to liberate it from 'Indian occupation'.

The Punjabi Taliban consists of individuals who were once part of agencies sponsored by jihadi organisations active in Kashmir. These militants, after parting ways with their mother jihadi organisations, have moved to the tribal areas of Pakistan and joined hands with the Tehrik-e-Taliban Pakistan in its war against the Pakistani security forces and United States-led North Atlantic Treaty Organisation troops across the border in Afghanistan.

After spending some time with TTP they are now ready to move into Kashmir. But this time they claim to fight 'independently' and not under the control of Pakistani agencies. 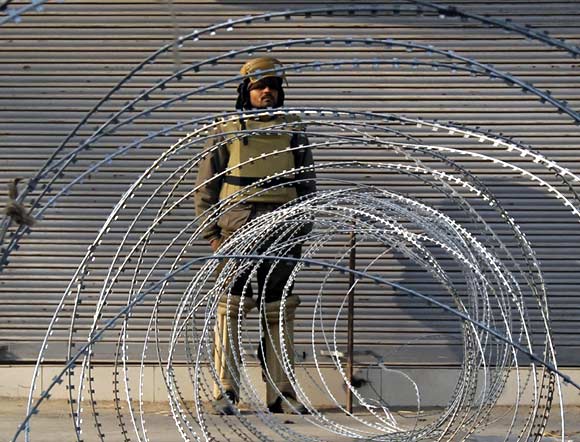 Image: A policeman stands guard behind a barricade in Srinagar
Photographs: Fayaz Kabli/Reuters

The Tehrik-e-Taliban Punjab is a mixture of old Kashmiri jihadi organisations like Harkat-ul-Jihad-al-Islami of Ilyas Kashmiri, Jaish-e-Mohammed and Harkat-ul-Mujahideen, while some people from Lashkar-e-Jhangvi and Lashkar-e-Tayiba have also joined the Punjabi Taliban.

The Red Mosque (Lal Masjid) operation in Islamabad in 2007 -- during the military regime of Pervez Musharraf -- made a number of Inter Services Intelligence trained jihadists to turn their back on old masters and join TTP. When their numbers increased, the Punjabi Taliban came into being.

Maulana Asmatullah Muawiya, who once served as leader of the Jaish-e-Muhammad, and was known for his activities inside Kashmir, is now the central leader of the Punjabi Taliban.

"After the Lal Masjid tragedy I came to Baitullah Mehsud Shaheed (then TTP head) controlled area in South Waziristan along with some friends. When we formed the Punjabi Taliban we were few in numbers, but today we have hundreds of fighters in all the five provinces of the country and inside Kashmir as well. Our organisation operates under TTP and we are loyal to its leaderships," said Maulana Asmatullah Muawiya while giving reasons for parting ways with the Jaish-e-Muhammad.

Talks with Taliban could reduce militancy in tribal areas of Pak 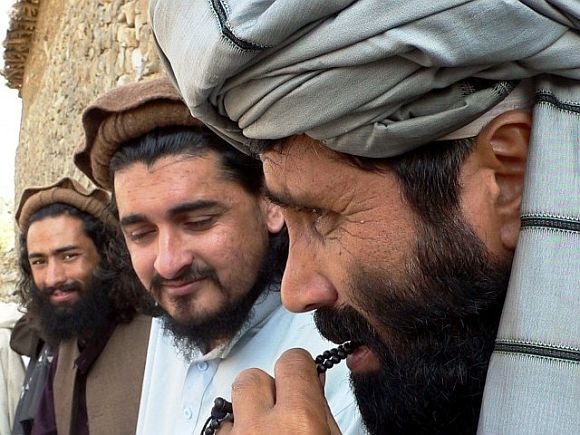 The US plans to end its mission inside Afghanistan in 2013 and shift to a training role one year before most US troops are due to withdraw. "Hopefully by the mid-to-latter part of 2013 we'll be able to make a transition from a combat role to a train, advice and assist role. Everybody assumed that there would come a time, as we move towards the end of 2014, that we would be transitioning that role. And that's basically what we did in Iraq. And it's what we're going to try to do in Afghanistan," Defence Secretary Leon Panetta said.

The US withdrawal from Afghanistan will -- to some extent – reduce the extent of insurgency inside Pakistani tribal areas. If Mullah Omer-led Taliban forms a coalition government or establishes their sway inside Taliban dominated provinces, the Pakistani Taliban would shift from tribal areas to Afghanistan. During the Mullah Omer government, before 9/11, militants from different tribal agencies of Pakistan were posted at key positions. These militants will once again be given authority in Afghanistan.

'RAW and ISI are two sides of the same coin' 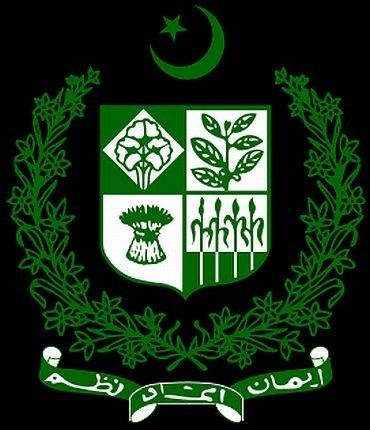 The Punjabi militants are mixed with the Pashtun dominated TTP, which may be the need of the hour, because Punjabis and Pathans have not been able to live side-by-side for a long time due to their antagonistic approach towards each other's cultures and traditions.

Under the present circumstances, the best battlefield would be Kashmir and the Punjabi Taliban's sour relations with the Kashmir jihadi organisation would once again turn friendly due to their common enemy, India.

Despite their differences with the ISI and Military Intelligence, the TTP has never uttered a single word against Pakistan. However, the Punjabi Taliban has demanded that Pakistan shun military operation against homegrown Taliban and the jihadists should be supported to carry out their activities inside Kashmir and Afghanistan.

"Research and Analysis Wing and ISI are two sides of the same coin," says Maulana Asmatullah. "Our war and all forms of sacrifice are for Pakistan and the glory of Islam that would continue forever," he adds.

Apart from it almost all the militant factions agree that fighting inside Kashmir (Hindustan) is the holiest jihad. Commander Azam Tariq of TTP had earlier claimed that his group has organised 3,000 fighters for battle in Kashmir and the Taliban would fight a "decisive battle" in India before proceeding towards the Middle East, presumably to evict Israel from the region.

In the last four to five years, after Punjabi militants had shifted to tribal areas, they never talked about jihad in Kashmir and it had almost become an old topic. They operated under TTP command and obeyed -- whether they were asked to fight across the border in Afghanistan or inside Pakistan. But recently when Pakistan observed Kashmir solidarity day on February 5, the Punjabi Taliban once again vowed to fight jihad in Kashmir.

'Trade with India is a sin' 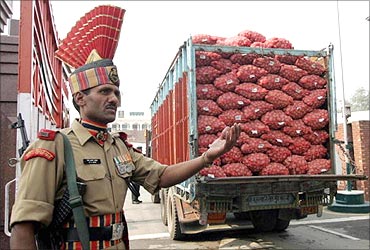 The spokesperson for the Punjabi Taliban Dr Khalid told rediff.com, "The only way for the freedom of Kashmir is jihad. Just resolution, rallies, forming human chains cannot ensure freedom of Kashmiris. On one hand Pakistan observes Kashmir Solidarity Day while on the other hand Bharat is bestowed with the status of most favoured nation, which is betrayal of the movement of freedom."

The Punjabi Taliban is against any trade with the India and it terms such activities as injustice with the blood of Kashmiri martyrs. They think the last eleven years has been bad, as Pakistan deviated from its stance over jihad and started talks with India. "Trade with India is a sin; what about the blood of those who sacrificed their lives for the freedom. The last eleven years did something very bad for jihadi Kashmir when Islamabad initiated talks with New Delhi and stopped supporting Kashmiri mujahideen."

He further said, "Pakistan could not free Kashmir while the armies carried out operations inside tribal areas and the Swat valley that resulted in the killing of its own innocent people. The use of power against the tribal people should be stopped and the guns should be directed towards India."

Announcing jihad, Dr Khalid said, "Tehrik Taliban Punjab announces jihad in Kashmir; we will stand side by side with Kashmiris in their struggle until the valley is freed from the clutches of Hindus. We will revenge the brutalities of Indian forces inside Kashmir."

When he was asked about the difference between previous version of jihad under state agencies and the current form of jihad he said, "Earlier we were sent to Kashmir by government agencies, but now we will fight on own against the Indian forces in Kashmir. It is the beginning of Punjabi Taliban jihad inside Kashmir."