How the Ahujas' world came crashing down 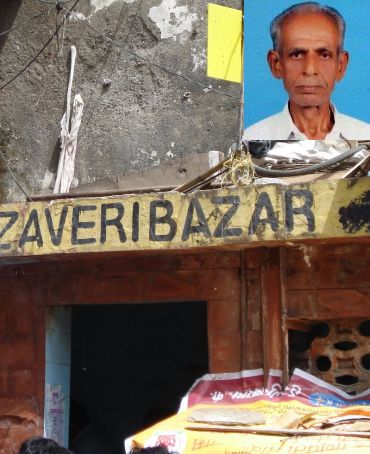 Sixty-one-year-old Lalchand Radhakishan Ahuja was the sole breadwinner of his family. One of the victims of July 13, 2011 blasts in Mumbai, Ahuja was killed in the blast at Zaveri Bazaar.

Sharing his grief, the 25-year-old narrates to rediff.com's Patcy N how their world had come crashing in a matter of days

"My father worked in a company in Ulhasnagar, which deals with imitation jewellery. He would go to Zaveri Bazaar three to four times a week to get material for his job (he coated the jewellery) and give the jewellery for molding and other purposes. He would then go back every Wednesday and Saturday to collect the completed work.

On July 13, he never returned.

'They never told me my father was dead' 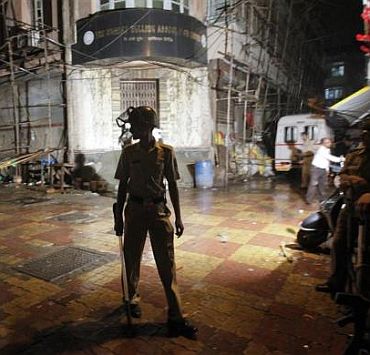 I got calls around 7:30 pm that day from my friends saying there had been serial blasts in Mumbai. I immediately tried calling my father on his cell phone. It kept ringing, nobody answered.

Around 8 pm I got a call from a doctor in St George Hospital, saying that my father was very serious and that I had to come immediately.

They never told me my father was dead.

I was learning work as an electrician at a company in Badlapur that day. When I got the call, I was still at a site in Panvel. I told my colleague about the situation.

I did not go home or call anyone at home; we both left on my bike from Panvel for the hospital. I got about 8 to 9 calls from the hospital on my way.

My colleague asked me 'why is the hospital calling you so often?'; he told me he feared that my father was no more. I did not believe him.

'Can you help me get my father's watch and phone?' 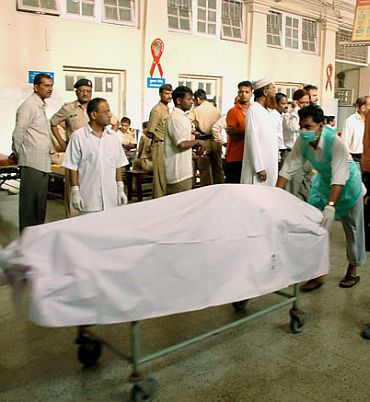 When I reached the hospital, I met Dr Ayub and asked him how my father was.

He said, 'your father is serious' and then he made me sit and drink water. Then he told me that my father was no more.

They took me to a room where I had to identify his body. One look and I knew it was my father. His face and head was partially damaged; his chest was badly injured and there were injuries on one leg.

The doctor did not tell me what exactly caused my father's death. I have been asked to come after a few days to collect my father's belongings -- his clothes, watch, wallet and cell phone.

I wish I get his cell phone and watch so that I can keep it for his memory. Can you please help me get those two things? 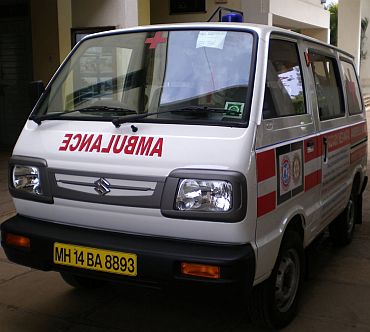 After I identified my father, he was taken for post mortem and X-ray, I had to complete some formalities and paperwork; I needed an ambulance to shift my father's body from St George to our home in Ulhasnagar. However, the ambulance was unavailable.

Back home, all our relatives had already gathered. We completed my father's last rites on July 14 around 2 pm.

I never called my mother (Meena Lachand Ahuja, 50) to tell her about what had happened. I called my uncle and told him to do it. He went to my house and told my mother and my two sisters -- Geeta (23) and Jyoti (21). 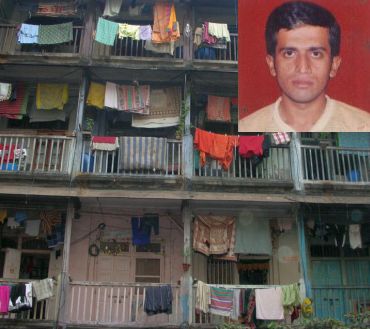 My mom was inconsolable, but today she is better. I know what she is going through.

Both me and my sisters are unmarried. We stay in a chawl -- our house has two rooms we don't have kitchen.

My father came here after partition. He was the sole breadwinner; he earned around Rs 5,500 a month. I earn Rs 1,000 rupees as stipend. Thankfully we don't have any loan.

I am unaware of any compensation that I am going to get. But our Deputy Mayor Jyoti Pappu Kalani came and met us; she told us, 'we will get you whatever money has been sanctioned'.

I could not study beyond Class 12 owing to financial problems. Today, I don't think I can continue at my present job; how will I take care of the house in Rs 1,000? I need to earn at least Rs 8000 to Rs 10,000 to take care of my family and get both my sisters married off.