Sign in  |  Create a Rediffmail account
Rediff.com  » News » 'Life of the IAF pilot is more important than ties' 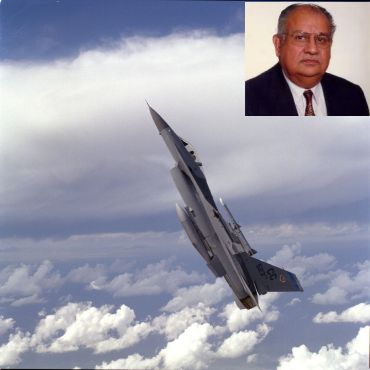 "Life of the Indian Air Force pilot is paramount than any other issues, including strategic relations, in taking a decision regarding defence procurement," says Naresh Chandra, former Indian ambassador to the United States.

India has short listed European defence firms Dassault and Eurofighter for the lucrative contract. Eurofighter is built by a consortium of four countries -- United Kingdom, Italy, Spain and Germany -- while the Rafale is a French aircraft developed by Dassault Aviation.

The decision that was much-awaited since the last 5 years has, expectantly, disappointed the Americans. 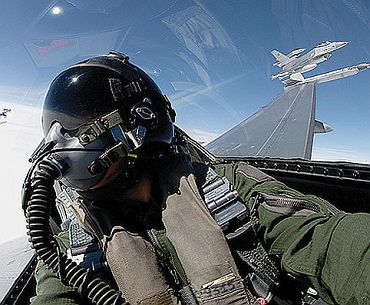 US Ambassador Timothy Roemer's resignation the day after New Delhi's announcement is linked to the embassy's failure in winning the most-coveted international defence deal.

Chandra, who is a member of almost all important non-governmental Indo-US dialogue processes, told rediff.com that he is not at all surprised by rejection of American jets.

"Since the last two years, it was amply clear that India is likely to settle for non-American jets. Strategic decisions are never decided by marketing sophistication or influential lobbying. It is decided by the strategic factors only," he said.

"Such decisions impact our 30 to 35 years of defence capabilities. You can't go by strategic relationship only. What will you do with strong strategic relations if you lose the war with technically-inferior aircrafts," Chandra asked.

Chandra insisted that even a non-Congress government would have taken the same decision.

The Pakistan factor behind US exit 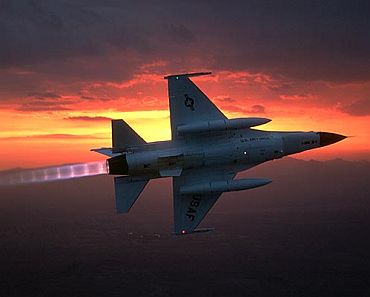 Asserting that the country buys arms and fighter jets to win wars and not to build relationships, he said, "The bottom-line of such a purchase is the requirement of Indian Air Force. It is the duty of political leaders to provide the armed forces what suits them best."

While elaborating on the possible factors behind the final decision to narrow down the choice between the Eurofighter and Rafale, Chandra said that one of the factors could be the state of relation between US and Pakistan.

Another important factor that must have prevailed upon the government's thinking is that if India would have given such a huge contract to the Americans, India would have to start a kind of 'new family' in its armed forces, he added.

Pakistan already has an advantage 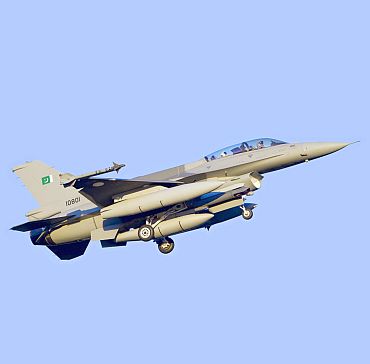 Chandra said Pakistan already had an advantage on the issue, as they have many-decades-old defence ties with the US.

He explained that Pakistan had the F series jet fighters since the last many decades. The Americans were offering the advanced version to India and Pakistan. Pakistan is much ahead of India in maintaining log sheets of it with rich experience of 30-plus years.

Chandra asked, "The type of relationship that exists between the US and Pakistan Air Force what is the guarantee that our system won't be leaked to Pakistan's system? If that happens, India's advantage would vanish."

He also said that even US armed forces opt for foreign purchase when it suits them. 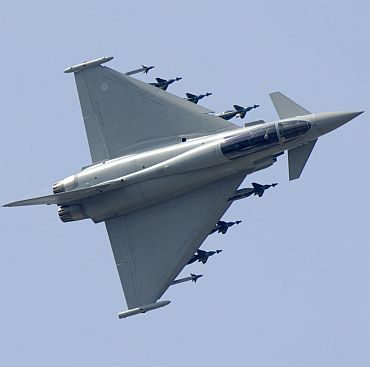 "Should any country go for costlier and better aircraft or better bilateral relation and low-cost but disadvantageous aircrafts," he asked, adding that the US Congress's attitude regarding services and components is also the big issue in such purchases.

He insisted that India's decision to go for European jets will mildly impact bilateral relations but it won't see any breakdown.

Chandra said, "When the government takes such a decision, strategic relations do not have even 50 per cent weight because no country wants to buy fighter aircrafts, weapons and ammunition to lose war."

He added, "Why should I even take the labour to explain that the Indian government would look after the interests of the Indian Air force and not any bilateral relations? That goes without saying."