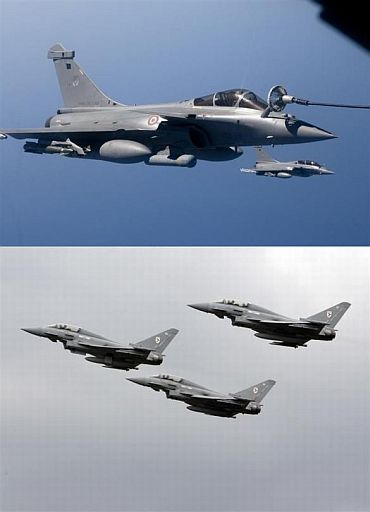 Image: (Above) French Rafale (Below) Eurofighter

Eurofighter is built by a consortium of four countries -- UK, Italy, Spain and Germany -- whereas the Rafale is a French aircraft developed by Dassault Aviation.

Along with these two fighters, four other aircraft -- the American F-16 and F/A-18, Russian MiG 35 and Swedish Saab Gripen-- vied with each other in the five-year long tender for the much awaited deal. The Indian Air Force(IAS) had tested the six Defence majors in the fray on 643 parameters and marked them on the basis of their performance in the Field Evaluation Trials (FET).

Click on NEXT to read about the Dassault Rafale... 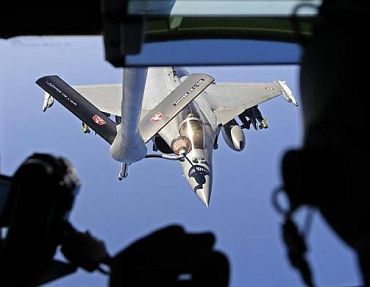 Image: A French Rafale fighter jet refuels with an airborne Boeing C-135 refuelling tanker aircraft from the Istres military air base during a refuelling operation above the Mediterranean Sea
Photographs: Jean-Paul Pelissier

The RAFALE supportability and mission readiness capitalise on the undisputed track record of the earlier generation of French fighters, such as the combat-proven Mirage 2000.

From the early beginning of the development phase, the French MoD assigned very stringent "Integrated Logistic Support" (ILS) requirements to the RAFALE programme. Through concurrent engineering and "Computer Aided Design" (CAD) techniques, the best technological choices were made in order to favour reliability, accessibility and maintainability.

Rafale features a delta wing with close-coupled canards. Its mission system has the potential to support all current and planned armaments. 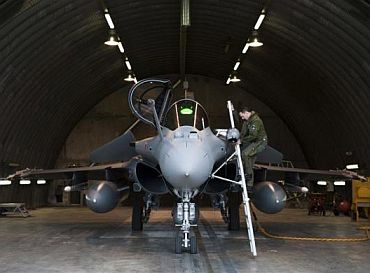 Fitted with an awesome weapon load, which can be used simultaneously for air-combats and ground attacks during the same mission, integrating the largest and most modern sensors with the brand new technology of the multi-sensor data fusion, the Rafale Omnirole Fighter has a unique combined situational awareness and omnirole combat capability.

Its exceptional long range capabilities, thanks to its large fuel capacity and its stand-off missiles performances allow the Rafale to attack deep inside enemy territory and to guarantee air sovereignty to protect the country.

Minimising the radar cross section has also been a design driver in order to make stealth tactics possible. Most of the stealth design features are classified, but some of them are clearly visible, such as the serrated patterns on the trailing edges of the wings and canards. 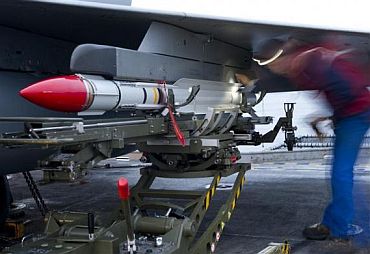 Image: In this photo released March 24, 2011 by the French Defence communication and audiovisual production agency, a French Navy ordnance crew member loads a Mica missile under the wing of a Rafale fighter jet 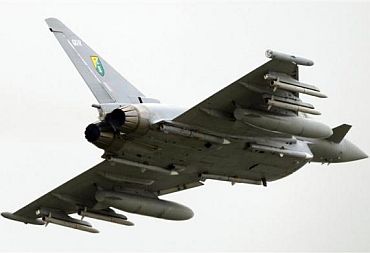 Eurofighter Typhoon is one of the world's most advanced new generation multi-role/swing-role combat aircraft available on the market.

With 707 aircraft ordered by six nations (Germany, Italy, Spain, United Kingdom, Austria and the Kingdom of Saudi Arabia), and in service with all nations, the aircraft is Europe's largest military collaborative programme.

Eurofighter Typhoon is the only fighter to offer wide-ranging operational capabilities whilst at the same time delivering unparalleled fleet effectiveness.

Careful attention to design and a clear vision of through-life technology insertion and capability enhancements will see the Eurofighter Typhoon maintaining the tactical advantage over whatever threats the coming decades bring. 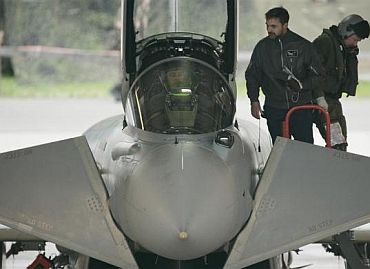 Eurofighter Typhoon is a highly agile Air Superiority and Air-to-Surface, multi-role/swing-role weapon system, making it the one of the most capable front line fighter available.

According to the consortium website, the Typhoon offers maximum operational effectiveness and flexibility, high survivability, extensive technological growth potential, as well as high reliability and maintainability with low operating costs.

The Eurofighter Typhoon has the ability to operate independently from ground and airborne control agencies in dense electronic warfare environments. It is, by any standard, a low observability aircraft with a fleet effectiveness superior to any other competitor. 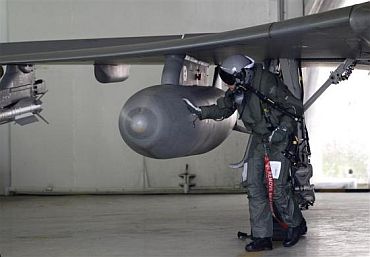 Image: An Italian pilot checks a Eurofighter EF-2000 Typhoon parked in an hangar at the Gioia del Colle NATO Airbase in southern Italy