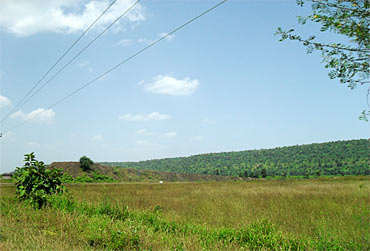 Madhya Pradesh boasts of the largest green cover in the country with 95,411 sq km forestland. But with Chief Minister Shivraj Singh Chouhan seeking a permit from the Centre for its takeover by private companies, its future looks barren. Shehla Masood reports.

Was Madhya Pradesh Chief Minister Shivraj Singh Chouhan's recent fast demanding relief package for farmers in the state whose crops were affected by frost just a farce? A month after the CM's so-called hunger strike, which he aborted in 20 minutes, he has written to Prime Minister Dr Manmohan Singh seeking approval for the takeover of forestland by private companies. Clearly, the government that promised to protect the rich resources in the state while coming to power is now making way for the corporate sector.

Following pressure from the Bharatiya Janata Party and the Rashtriya Swayamsevak Sangh-backed Bharatiya Kisan Sangh rally, Chouhan agreed on go on a hunger strike in Feburary protesting the Centre's alleged negligence towards the state. After 20 minutes, the fast was called off saying the prime minister had assured him his demands would be looked into. It probably was the shortest hunger strike in India's history, but it cost the state exchequer Rs 2 crore.

Madhya Pradesh, a graveyard for farmers 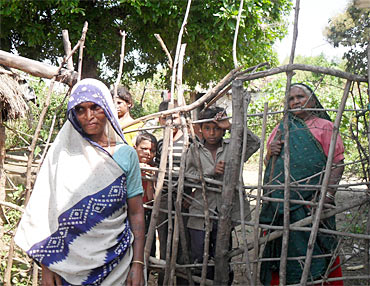 This criminal waste of money comes at a time when farmers from Madhya Pradesh are finding it difficult to make ends meet.

In fact, in 2011 seven farmers have committed suicide in the state. The woes of farmers continue as 14 lakh hectares of land is still disputed between the forest and revenue departments in the state on which lakhs of farmers were given pattas (certificates that establish land rights and ownership).

Destruction of forestland is another burning issue that plagues Madhya Pradesh. The state boasts of the largest forest cover in the country -- 95,411 sq km lost 32 sq km to the Narmada dam project. To ensure that the forest cover is not depleted it received Rs 700 crore from the Compensatory Afforestation Fund Management and Planning Authority. Much of this was to go to tribals, whose habitat was destroyed due to afforestation. 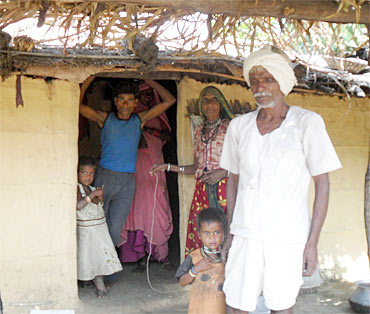 Image: A tribal family, which has been fighting a case for their land for a decade

But the tribals from the region are still running against time as bureaucratic hurdles keep delaying the process of filing and reviewing claims under The Scheduled Tribes and Other Traditional Forest Dwellers (Recognition of Rights) Act, 2006. They face evictions from their forest dwellings although they have lived there for generations. Incidents of forceful eviction, open fire and harassment of tribals cases are on the rise.

Unfortunately not a single case out of 29,596 cases of alienation and restoration of tribal land has been ruled in favour of the community in Madhya Pradesh.

Forest bureaucrats are working smoothly to destroy whatever tree cover exists in the biodiversity-rich state. Unable to mow down the state-owned natural forests following the Supreme Court's ban on any kind of commercial activity in these areas forest officials are banking on private plantations as a easy source of income. 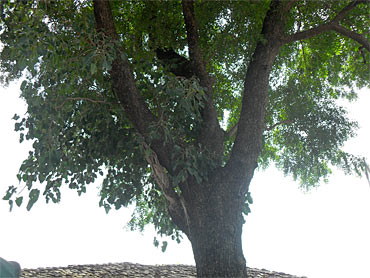 Madhya Pradesh Forest Minister Sartaj Singh admitted that over 67,000 trees were axed between 2006 and 2009 in state's Raisen district alone by influential and powerful people.

The Comptroller and Auditor General report of 2009-2010 for the state exposes serious violation of the Forest Conservation Act, 1980. Mandatory compensatory afforestation was not given out in 70 per cent of the projects where forestland was used for non-forest purposes during the period of 1997-2007 in the state. Performance audit by the CAG shows that in 43 cases, 1,515 hectare forestland was 'illegally' used without prior permission of the government of India.

According to a Forest Survey of India Report, there has been a huge loss of the dense forest cover in the last decade. Ignoring the rules industrial sites are not maintaining a distance of 25 km from eco-sensitive areas, including national parks and sanctuaries. Construction of permanent building and guesthouses in the name of eco-tourism is picking up by the day on forestland without any lease. Wildlife is disturbed and species are getting extinct. 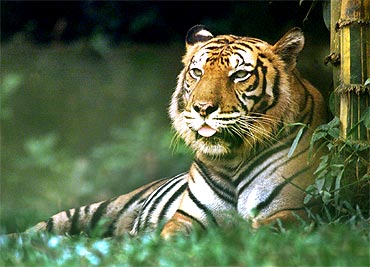 Another major setback to conservation of forests and wildlife in the state came last year, when Chouhan decided last year that Panna tiger reserve will not have a buffer zone for the tigers. Buffer zones are vital as they allow tigers more space to move freely.

"Humans are more valuable than tigers. One cannot destroy Panna and let just tigers survive," the chief minister had said. He played into the hands of his political cronies with mining interests transcending the Supreme Court orders.

Opposing the Centre's plan to convert Ratapani Wildlife Sanctuary into a tiger reserve, Chouhan said that it would call for shifting many villages.

"Madhya Pradesh is a tiger state. We are not averse to tigers and their protection. But we do not want it at the cost of the poor, especially tribals. Many villages will need to be shifted for turning Ratapani into a tiger reserve," Chouhan said at the 15th national conference of Akhil Bhartiya Adivasi Vikas Parishad in December.

Industrialisation, a boon or bane? 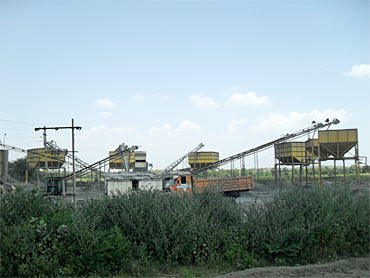 Image: Mining is rampant in forestland in the state

Mining is flourishing in the state leading to the widespread environmental pollution and thus underlining the penetration of corporate and political nexus in the exploitation of natural resources.

Encroachment of forestland continues to be the most pernicious practice endangering forest resources. Last month, thermal power units at Sarni District at Betul in Madhya Pradesh was slapped a notice for polluting the environment.

Big players like Reliance, Essar, Mahan Coal Ltd, Hindalco Industries etc with the political patronage and share are ruthlessly destroying the state forest, wildlife, minerals resources and ecology in the name of industrialisation and development.

The continued deforestation has led to a siltation of dams, recurrent devastating floods and an overall scarcity of water in dry seasons. It has also led to starvation of people living on forest produce, which is reflected in the increase in deaths, particularly of children in forest areas and the farmers in Madhya Pradesh. However, the greatest challenge that we all face today is to establish the rights of people over natural resources.