Source: PTI
January 27, 2011 20:37 IST
Union Environment Minister Jairam Ramesh on Thursday pressed Gujarat to part with some of its lions, saying they should be translocated and have a second home in Madhya Pradesh.

The minister, who visited Sasan Gir Sanctuary in Junagadh district, the only abode of Asiatic lions, said he is hopeful that the Narendra Modi government will agree to the proposal of having a second home for Gujarat lions in MP.

The Gujarat government has already rejected the proposal made several times before on the ground that Gir lions were the 'pride' of the state. The issue of sharing Gir lions with MP is a bone of contention between the governments of Gujarat, MP and the Centre.

"You know more than 1,000 lions died due to diseases in Tanzania. Here in Gir, the lions have an inbreed population and genetic diversity of the lions here is also limited," Ramesh told reporters after a visit to the sanctuary.

"Many scientists are of the view that the lions should have a second home. I have written to the Gujarat government to transfer some lions to MP," he said.

"But the government here thinks lions are their proud possession," Ramesh said, adding he hopes that someday the proposal to translocate the lions will be accepted by the state government.

The Gujarat government has time and again made it clear it will not share the big cats with MP. As per the last Census, the sanctuary is home to nearly 400 lions.

Ramesh has even offered Modi tigers in exchange for lions. But Modi's response was, "We want Gujarat to have tigers, but we will not give our lions."

Ramesh also went on a safari and was lucky to sight eight lions. He inspected various facilities in the sanctuary for the wildlife. 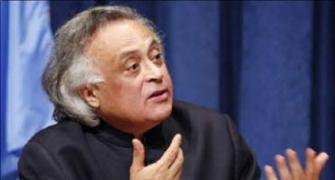 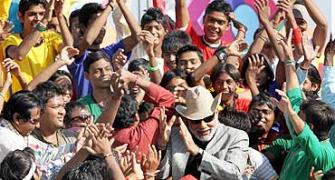 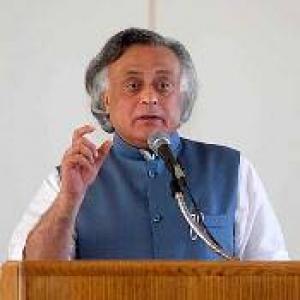 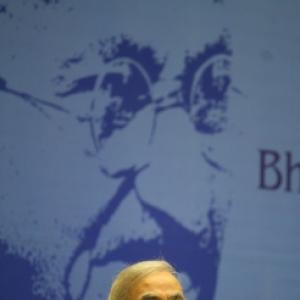