Sign in  |  Create a Rediffmail account
Rediff.com  » News » I asked army chief to act, he didn't: Antony on bribe row 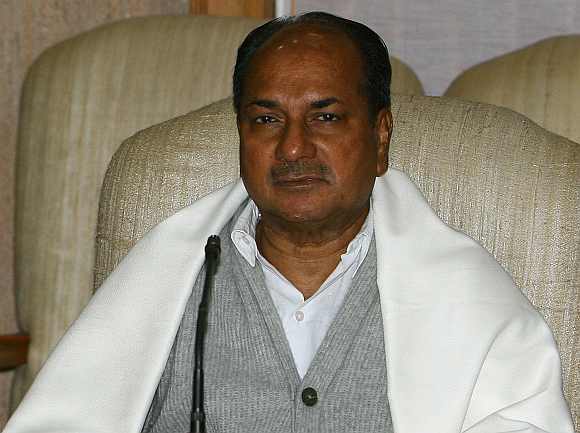 With the army chief's allegation of bribe offer kicking up a storm, Defence Minister A K Antony on Tuesday said he had asked General V K Singh to take action but he did not want to pursue the matter for unknown reasons.

Making a suo motu statement in the Rajya Sabha, Antony responded to questions as to why he did not act on the allegation by saying that he had not received any complaint from the army chief in writing.

He told the House that after Gen Singh's allegation appeared in the media on Monday, he had ordered a CBI inquiry based on newspaper reports. "This happened more than one year ago. That is my memory. Exact date they (army officials) know because no one can meet the army chief without any appointment," Antony said.

Recalling the incident, the minister said the army chief had told him that one retired General Tejender Singh met him and offered Rs 14 crore bribe. "I was shocked... It took me one to two minutes to regain my composure. Then I told him to take action but he told me I do not want to pursue it. I don't know why he did not want to pursue it at that time," Antony said.

He assured the House that action will be taken against the guilty, however powerful they may be. 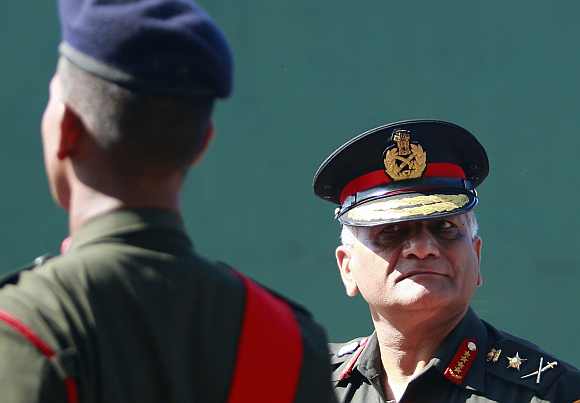 "I acted on my judgment. If I am wrong, you may punish me. I think I have done my best," he said. The minister said in the past he has taken action even on anonymous complaints from any quarters.

Admitting that he "could have acted" when Gen Singh told him about the bribe offer, Antony said as a minister "I cannot act just on a complaint...I did not get any written complaint at any stage." He was responding to questions by opposition members as to why he did not act despite the matter being brought to his notice by none other than the army chief.

Antony, who at the outset said, "I will say the truth, nothing but truth" repeated at this stage "I am telling you the truth that has happened."

The minister said that when he read about the allegations in a newspaper on Monday, he immediately told the defence secretary to take action without waiting for any formal complaint. "This was action I took," he said.

Since then CBI inquiry has been ordered for a comprehensive probe. "CBI will inquire into everything," Antony said.

The minister also said he cannot ignore even an anonymous complaint. "I am very clear. That is my approach...it is my priority. If a written complaint, even if anonymous, was received, I used to forward it for inquiry," he said.

Leader of the Opposition Arun Jaitley said the opposition did not question the minister's integrity but questioned why neither Antony nor the army chief took any action on the development that took place in September last.

"Is this an issue on which both of them should have put blinkers on their eyes and not inquired into the matter at all," Jaitley said, when the subject matter was even orally brought to the notice of defence minister by the army chief. 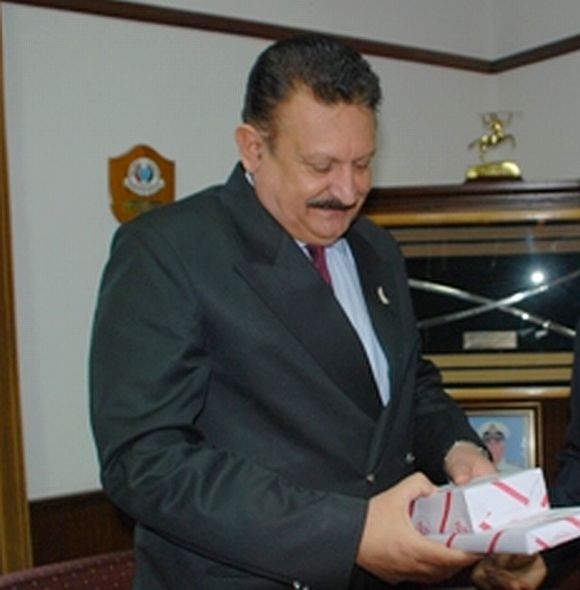 Jaitley, joined by some other members, said opposition was with him if he wanted to "cleanse" the system. The minister was, however, asked to maintain a judicious balance.

As Opposition members including Jaitley insisted that defence preparedness in the country should not suffer due to "over-obsession" with probity, Antony said it was a "serious challenge" to tighten the system as well as ensure that procurement is not affected.

The minister said he was discussing the matter including expediting procurement with the serving chiefs of the defence services and officials of the ministry.

Noting that all major countries like the United States, Russia, Israel, United Kingdom, Germany, France and South Korea selling arms are eyeing Indian market, the minister said series of complaints are lodged by the ones, which fail to bag the contracts. "My problem is that I cannot ignore any complaint. That is why it delays procurement," he said, but added "in spite of these, procurement is not bad. Last year it was 100 per cent."

Antony said he preferred cancelling even major procurement deals on the issue of probity even as it invited criticism from some of his colleagues that he was delaying modernizing of the forces and delaying procurements.

He said that soon after he had taken over as the defence minister, he had made it clear that he won't tolerate any corruption and will go to the extent of cancellation of the contract if any corruption surfaces in the procurement at any stage.

Antony said the party leadership wanted him in the job, as the defence ministry was "tough" and "controversial".

Enunciating the steps taken by him against corruption, he said this was for the first time in the history of India that such a large number of the CBI probes were ordered in matters related to defence.

"Many CBI inquiries on land scams have been ordered....a decision of blacklisting six companies including four foreign -- one Russian, one Italian, one German and one from Singapore. These have been been blacklisted for ten years," he said.