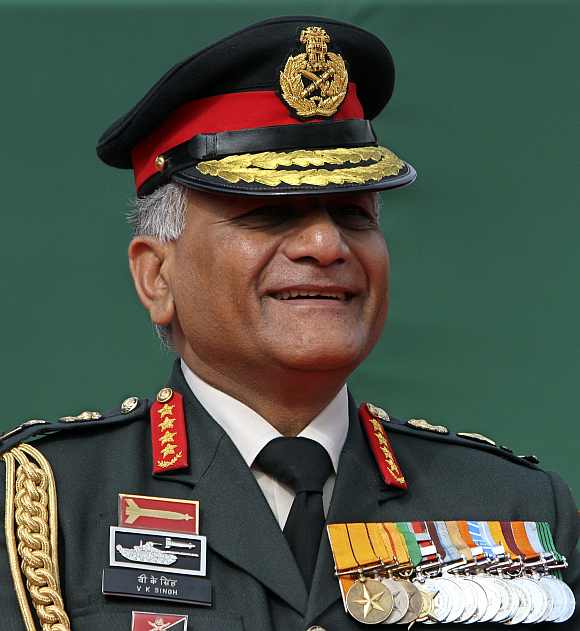 Army chief Gen V K Singh, who has claimed that he was offered a bribe of Rs 14 crore for clearing a 'sub-standard' procurement order, has said he could not understand the import of the statement and that is why he did not act against the person who made it.

"If a person who has just retired a few days ago tells you that you will get this if you do that thing and when you have never heard something like this, you would be shocked. I did not understand what he was saying and asked him to leave and then informed the defence minister about it," he told news website Chauthi Duniya.

Reacting to his interview to an English newspaper, the Congress criticised the army chief, saying he should have filed an FIR against the person who had offered the bribe.

The Bharatiya Janata Party also faulted the government for not taking any action on the army chief's complaint in this regard to Defence Minister A K Antony.

Asked why he did not get the lobbyist arrested by the police immediately, Gen Singh said, "I think it would have been better had I complained against him. The way it was said, I could not understand what he was saying.

"He was just saying that if this file is cleared, this much amount will be paid. Everyone takes it what is your problem. It was not like he was giving me bribe in my hand. This was an indirect method and that is why no arrest was made."

On the issue of corruption in the army, Gen Singh said some wrongdoings have been going on in the force for quite some time now and a "big surgery" is required to remove the "cancer" which will take some time. 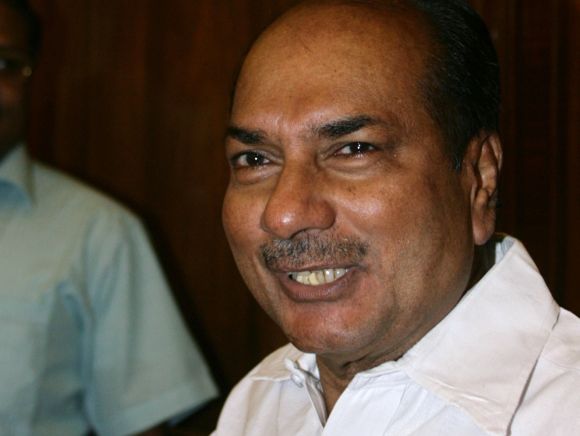 Defence Minister A K Antony has ordered a Central Bureau of Investigation probe into Gen Singh's allegation that he was offered a bribe to sanction the purchase of a consignment of sub-standard vehicles.
Allegation of the army chief that he was offered bribe is "serious", said Antony. "We have to handle it."

In a recent interview to The Hindu, Gen Singh alleged that an equipment lobbyist offered him a bribe of Rs 14 crore, which he reported to Antony.

The army chief spoke on a variety of issues, including the controversy surrounding his date of birth and the "shocking" state of affairs in the army, which had allowed the chief to be offered a bribe.

He told The Hindu that the vehicles, 7,000 of which were already in use in the army, had been sold over the years at exorbitant prices with no questions asked. He said there was no proper facility where they could be serviced and maintained and yet they continued to be sold to the army.

"Just imagine one of these men had the gumption to walk up to me and tell me that if I cleared the tranche, he would give me Rs 14 crore. He was offering a bribe to me, to the army chief. He told me that people had taken money before me and they will take money after me," Gen Singh said.

'Army chief should have filed an FIR' 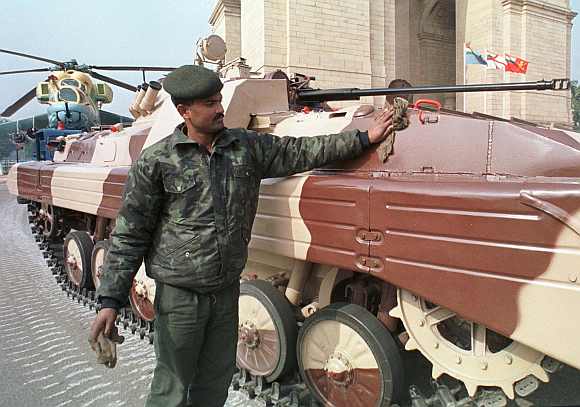 Image: Gen Singh claimed that he was offered a bribe to sanction the purchase of a consignment of sub-standard vehicles
Photographs: Reuters

He said the brazenness of the act shocked him out of his wits. "I was shocked. If somebody comes and tells you, you will get so much, what can you do?" He said the man had recently retired from the army, indicating how deeply entrenched the problem was.

Gen Singh said that when he met Antony and reported the matter, he told him, "If you think I''m a misfit, I will walk out."

Asked what had brought the army to the state where the chief could be offered a bribe, he said, "Obviously somewhere our standards of probity and integrity have fallen."

According to Gen Singh, it was because he had cracked down on corruption that he was targeted on his date of birth. "But things are fast unraveling, and you will soon see the hand behind the drama. You will soon see who the sutradhar of the play is."

Gen Singh's allegations gave the opposition yet another opportunity to attack the government. Proceedings in the both the Lok Sabha and Rajya Sabha were adjourned till noon.