March 26, 2012 15:52 IST
Defence Minister A K Antony has ordered a Central Bureau of Investigation probe into Army chief General V K Singh's allegation that he was offered a bribe Rs 14 crore to sanction the purchase of a consignment of sub-standard vehicles. In a recent interview to The Hindu, General Singh alleged that an equipment lobbyist offered him a bribe of Rs 14 crore, which he reported to Antony. The army chief spoke on a variety of issues, including the controversy surrounding his date of birth and the "shocking" state of affairs in the army, which had allowed the chief to be offered a bribe. 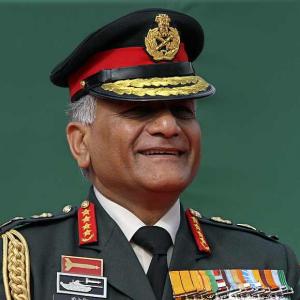