‘A 12-district Telangana is nothing but a hotchpotch experiment.’

‘It raises doubts regarding the sincerity of the Congress.’

The Centre has decided that the new state of ‘Rayala Telangana’ will comprise 12 districts -- 10 from the Telangana region and two districts from Rayalaseema, a move that has been dubbed by the Opposition as a political strategy with an eye on the elections.

The Union Cabinet is likely to clear the proposal on Wednesday before sending it to President Pranab Mukherjee.

Backing the Centre are only a handful of leaders from Andhra Pradesh, with even the Congress leaders from Telangana saying that the party’s future looks bleak if it sticks to this proposal. 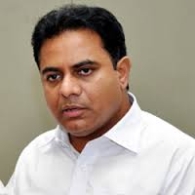 hu Yashki Goud, Telangana Rashtra Samithi’s K T Rama Rao (left) and YSR Congress President Jaganmohan Reddy agree. “This is nothing but an attempt by the Congress to ensure that the bill never goes through or is defeated in Parliament,” they feel.

Says K T Rama Rao, “We have made it clear to the Group of Ministers (appointed to look into the bifurcation of Andhra Pradesh) that Telangana should be formed with 10 districts only. Any deviation from this would not be acceptable. We hope the Congress goes by the original arrangement.

“A 12-district Telangana is nothing but a hotchpotch experiment just the way Andhra Pradesh was a failed experiment. Do not experiment once again since it is the feelings of the people, which are at stake here.”

According to Rao, the decision is a knee-jerk reaction. “Whatever the plan of the Congress is in this regard, it should be best ignored, as it has no genesis. This has never been the demand of the people of Andhra Pradesh.’

Many Congressmen are against the decision to include the two districts -- Anantpur and Kurnool -- in the new state, feels the TRS MLA. “Even our deputy chief minister (C Damodara Rajanarasimha) and (Union minister) S Jaipal Reddy have opposed to the new idea proposed by the GoM.

“This is nothing but an attempt to delay the entire process. It raises doubts regarding the sincerity of the Congress. They had ample time to plan this out,” says Rao. 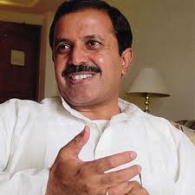 The Congress’s Madhu Yaskhi Goud (left) agrees. “Rayala Telangana is an open and shut case. When the Cabinet decided that Telangana would be formed with 10 districts, why has the GoM brought it up again? If at all the GoM is trying to suggest that two more districts be added to Telangana then it is only an attempt to derail the process.”

According to Goud, it is a strategy by few leaders from Seema-Andhra to protect their business interests in the Telangana region. “These leaders have always followed the motto that if you cannot stop it, then you delay it.”

“Time is of essence for the formation of Telangana and this was part of the UPA’s agenda. The winter session of Parliament is the last one before the country goes for elections. The Congress does know the importance of time, but it appears that Seema-Andhra leaders have influenced the GoM.”

Goud reiterates, “It is an disguised attempt to stall the process. The Congress is trying to portray that they are ready for bifurcation, but by meddling with the original arrangement they are ensuring that Parliament defeats the Bill. They are well aware that the TDP (Telugu Desam Party), BJP (Bharatiya Janata Party) and the TRS will not accept this.”

Both Rao and Goud feel that the Congress’s decision to redraw boundaries is a “disastrous” experiment.

Jagan who has been fighting for a united Andhra, calls the decision irrational. “The Congress in Delhi cannot act as per its whims and fancies. This is an attempt to gain political mileage. We need to send across a strong message that a bifurcation is a bad decision,” he says.


Image: Jaganmohan Reddy has been fighting for a united Andhra Pradesh
Photographs: SnapsIndia