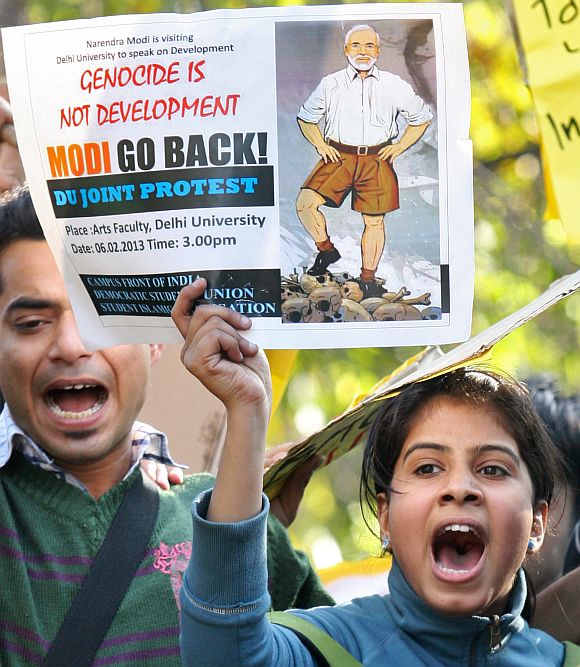 Since 2002 however, a section of media, political parties and NGOs have kept up a barrage of propaganda to keep memories of these riots alive and created a sense of ‘victimhood’ amongst the minorities. The constant dinning of this propaganda has deepened the cleavages between majority and minority and also prompted a fear psychosis amongst the minority, says Colonel (retd) Anil Athale


A ruling party spokesman has asserted that the terror outfit ‘Indian Mujahideen’ was formed due to Gujarat riots of 2002, indirectly justifying the 22 major terror attacks since then. In these terror attacks 1,110 persons have died.

These figures do not include the casualties in Samjhauta train blasts, Malegaon or Hyderabad masjid blasts as these were possibly retaliatory attacks. The number of people who were injured runs into tens of thousands. These people’s lives were shattered for no fault of their own.

He at one stroke has equated riots with acts of terror that have been long been sponsored by our Western neighbour -- sort of state terrorism by proxy.

Since then a section of media, some political parties and NGOs have kept up a barrage of propaganda to keep memories of these riots alive and created a sense of ‘victimhood’ amongst the minorities.

The constant dinning of this propaganda has deepened the cleavages between majority and minority and also prompted a fear psychosis amongst both the majority and the minority. 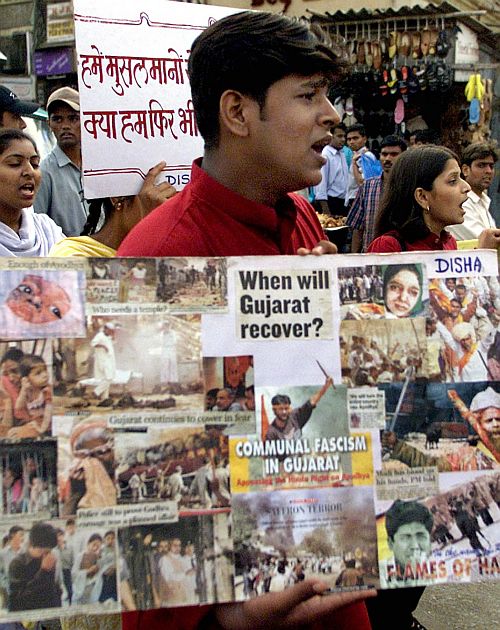 In a new low, some 60 odd MPs have sought to involve the US in this domestic dispute.

This has grave repercussions on internal security and our war on terror. It is time these nefarious designs are exposed and the motor mouths countered once and for all.

Since 2002, whenever the country is approaching elections, the corpses of Gujarat riots are excavated from their graves.

The five-yearly phenomena of raising the ghosts of Gujarat reminds me of the story of Vikramaditya and Vetal!

The ruling dispensation encashed this for electoral dividends in 2004 and 2009. Indications are that they are getting ready to do so again for the 2014 elections.

There is very little that one can do to reform the depraved politicos who wish to do business on human misery. This article is addressed to the very minorities that suffered and not political parties that wish to encash on the funeral pyre of victims.

But first and foremost, it needs to be reiterated that riots in Gujarat in 2002 cannot be labelled ‘genocide’.

The statistics given by the home minister of the United Progressive Alliance government in Parliament on May 11, 2005, 790 Muslims and 254 Hindus were killed (mostly in police action) and 223 persons are missing. This was no one sided violence. Unfortunately most articles and comments on that tragic event tend to paint a black and white picture. 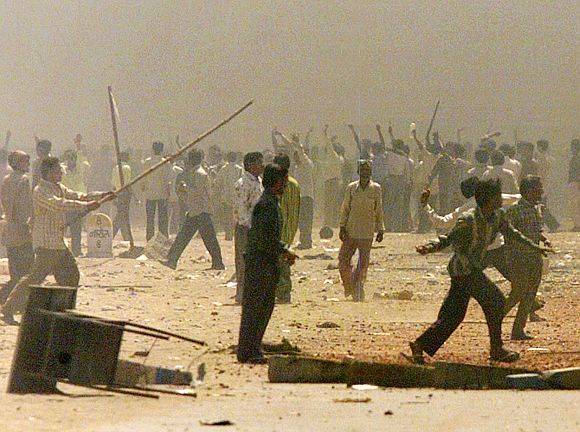 When lobbying groups continue to refer to these riots as ‘genocide’ they have outdone Adolf Hitler’s propaganda chief Joseph Goebbels in repeating a lie to convert it into a truth. One hopes our champions of ‘human rights’ at least see the truth.

Large scale riots, as happened in Gujarat in March 2002, signify the breakdown of law and order. These are a social phenomenon and have deep rooted as well as proximate causes.

India has seen riots between Hindus and Muslims during the British colonial rule as well as last 65 years of Independence. Terror strikes in the Indian context have a clear external element where an inimical neighbour has been fighting a proxy war against us sometimes using Indian citizens.

There is huge amount of evidence in public domain on this nexus.

The most horrific riots in India took place in 1947 during the secession of Muslim majority provinces. In all cases of serious riots police force is often found to be inadequate. It has been the Indian experience that serious riots have been brought under control only after the Indian Army was deployed.

As a member of that organisation, this author is proud that whenever called to do so, the Army has been totally non partisan and has protected Indian citizens, irrespective of their caste or creed. I was personally told by Qutubudin Ansari (who became famous as the face of the riots after his crying photograph was splashed in the international media) that it was the arrival of the Indian Army soldiers that saved him and his family. 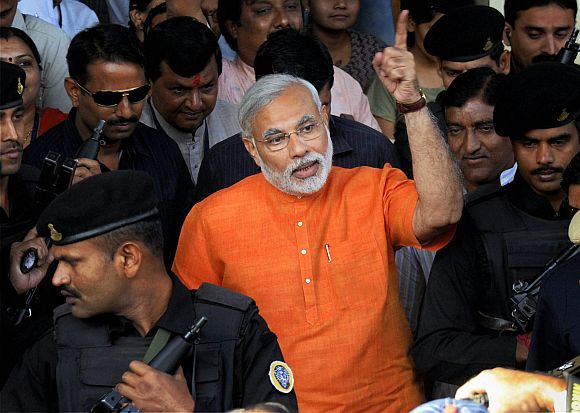 The 2002 Gujarat riots however took place under peculiar circumstances. Normally, close to 3,000 soldiers are located in Ahmedabad. But February/March 2002 was not normal times.

The Army was removed from peace station and was located on the border, almost 600 kilometres away in wake of the December 2001 attack on the Parliament. India and Pakistan were in an eye ball confrontation and an all out war was quite likely.

Why should the media, NGOs and politicians who constantly harp on these grievances not be held culpable/responsible for these terror attacks which were prompted by this constant one sided lament?

This author has one simple question that needs an honest answer from all the votaries of ‘justice’ for Gujarat riots. If instead of Hindu pilgrims from Ayodhya, were Haj pilgrims to be attacked and killed, what would have been the reaction?

Then there are those spreading the canard that the Godhra incident was caused by a short circuit. Even granting for a moment that the fire was ‘accidental’, how does one explain the stone pelting of the burning train or mobs preventing the fire engines from reaching the site?

It should be easy matter through the RTI act to find out the exact sequence of events, as to when the army help was requisitioned and when the first troops arrived and from where? 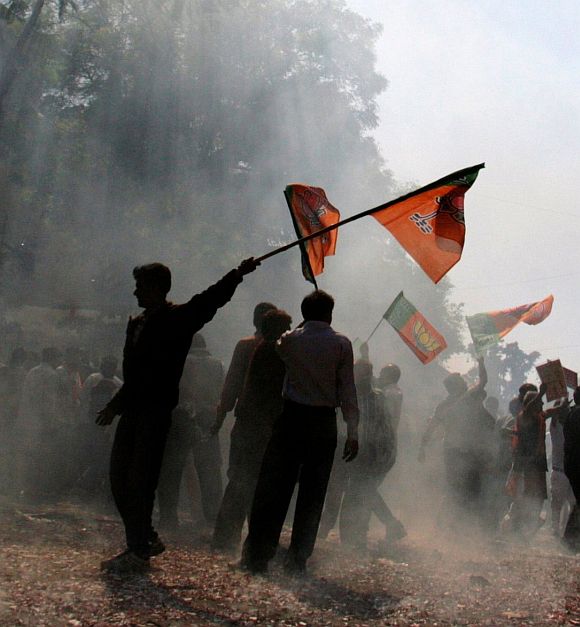 As an aside, in case of the 1984 anti-Sikh riots, it is a known fact that the army in New Delhi and nearby Meerut cantonment was ready but was not called for 72 hours! This evidence is crucial in finding out whether the government of the day acted sincerely or with mala fide intent.

People have forgotten the 1992 Los Angeles riots went on for six days under the watch Governor Peter Wilson of California or the Mumbai riots of 1993 that went on for a week, but yet some want to single out Gujarat for condemnation.

While the process of punishing the actual participants in riots goes on, the issue of culpability of the state government should be laid to rest if it is proved that it asked for army help without delay. Mere fact that hundreds got killed is no justification to harbour a sense of victimhood and hold the head of the government responsible.

A poser to the minorities, who have been conditioned (by the very party responsible for ruling for last 60 years), please glance at the situation in neighbourhood. In the last five years over 48,000 persons have been killed in violence. Over 200 mosques or Imambara’s have been attacked. Where are Muslims safer, in India or Pakistan?

Ultimately the solution to the communal violence is equal opportunity, economic development and mutual respect for each other’s sensibilities and traditions.