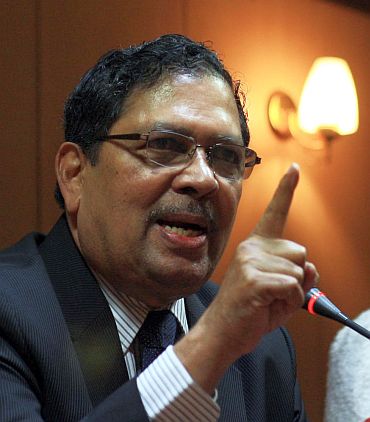 Lokayukta Justice Santosh Hegde's report on illegal mining in Karnataka is out. The report strongly indicted Karnataka Chief Minister B S Yeddyruappa, Reddy brothers and various others and recommended their prosecution under Prevention of Corruption Act and other laws.

Briefing media persons at a press conference after submitting the report to the Chief Secretary, Jutice Hegde said: "Our officials have gone through 4 lakh files, 50 lakh entries and these officials have worked very hard. The report runs into 25,228 pages, including annexures."

The report found that a mining company had donated  Rs 10 crore to a trust managed by his family members.

"While probing the case, we found that certain amount was paid to the chief minister's family through cheque as donation. CM's family sold land worth Rs 20 crore far above the guidance value of Rs 1.4 crore to a mining company. Hence this comes under the prevention of corruptiopn act."

"The acts of the CM's family getting money from mining companies falls under the prevention of corruption act and hence action needs to be taken. There are irregularities and illegalities right from mining ore to export," the Lokayukta added. 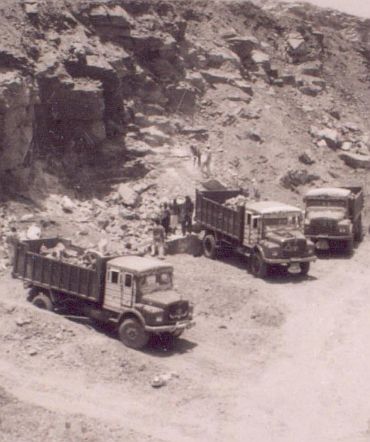 The heat is not just on politicians. There are a good number of IAS, IFS and IPS officials from the Bellary region, who await their fate in the wake of this report. The report names several of these officials who could face criminal charges for abetting a scam, which runs into Rs 1800 crore.

Justice Hegde said: "In 2006, the Karnataka government asked me to probe illegal mining. We gave part one of the report and explained the case in detail. The government has not acted on the report one."

"Small criminal cases were filed but the bigger issues were ignored. There was no accountability to transport iron ore. The roads remain damaged and the people suffer. In 2010, the Bilikeri port incident came to light. 5 lakh tonnes of ore went missing leading to doubt. I had to tender my resignation."

"The government then said they will look into this case, but no action has been taken. We have spoken about how ore is transported illegally out of the country and how the government is losing money in this new report and given it to the government."

The report was carried to the chief secretary's office in eight boxes. The report will now be handed over to the chief minister who will discuss it with his party colleagues before he leaves for New Delhi.

Based on the findings and remarks in the report, the high command would decide on Yeddyurappa's fate.

The BJP top leadership after studying the report would meet late in the evening to discuss the same issue. He said these Lokayukta officials might have displeased a number of people (by probing into their illegal affairs) and there is a possibility that their future could be in jeopardy.

Lokayukta Registrar Moosa Kunhi Nayar Moole is slated to hand over the report to Chief Secretary S V Ranganath later in the day.

After submitting the report, Hegde told a press conference that he has named Chief Minister Yeddyurappa, former Chief Minister  and Janata Dal-Secular leader H D Kumaraswamy, Reddy brothers (who are ministers and mining magnates), their camp follower and another minister H Sriramulu, Congress MP Anil  Lad's wife and over 600 officials in the mining racket that cost the exchequer Rs 16,085 crore between 2006 and 2010.

Replying to questions, Hegde confirmed that the report makes a mention of the CM, his family members, Reddy brothers, Sriramulu and Kumaraswamy and over 600 officials.

In the case of Kumaraswamy, the enquiry found "misconduct" on his part regarding grant of two mining leases and action has been recommended under PCA.

The report will be given to the media only after examining the legality of such a disclosure, Hegde said. 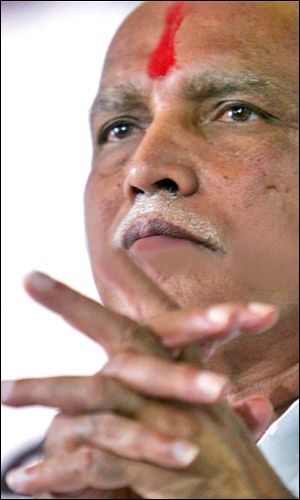 As the BJP high command remained firm on Yeddyurappa's exit if the lokayukta report on illegal mining named him, the beleaguered Karnataka CM pinned his hopes on god and the wordings of the report.

A downcast BSY left Bengaluru for Tirupati to offer prayers, even as his government announced the appointment of justice Shivraj Patil as the new Lokayukta in place of Santosh Hegde whose term gets over by end of this month.

"As of now, BSY is still hopeful he will not be directly indicted," said a BJP leader close to him.

He also pointed out that the Lokayukta Act gives three months to the state government to act on its report before the governor can intervene.

But, if the report is too damning, the BJP high command will not wait. In fact, party chief Nitin Gadkari on Tuesday had yet another round of discussion with BSY, conveying strongly the high command's decision that he must quit if the Hegde report indicts him. 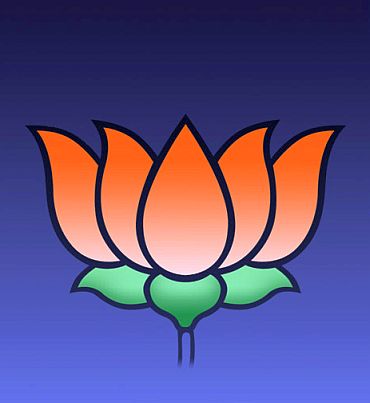 But BSY continued to be hopeful he would not be "strongly indicted" and, in any case, his government must be allowed to "study" the report before any action is sought against him.

BSY is believed to have told Gadkari that he would abide by the high command's wishes but it too must not rush to conclusions without going into the report.

Led by senior leaders, including LK Advani and Arun Jaitley, the mood in the high command was that BSY could not expect leniency this time if the report was damning. The RSS' position is also similar. Even Gadkari appears firm, having bailed out BSY on earlier occasions.

If pushed to the wall, his supporters do not rule out the possibility of BSY pressing for a snap poll, which may not be accepted by the high command. There is also a possibility that, left with no option, BSY may agree to quit if his close associate, energy minister Shobha Karandlaje, is accepted as his successor.

"Perhaps it's the PM and home minister who should quit first after what (A) Raja (former telecom minister) directly disclosed," BSY said on Tuesday.