Source: PTI
January 03, 2011 22:26 IST
Pakistan's beleaguered Prime Minister Yousuf Raza Gilani, facing calls to resign from former allies, received a boost on Monday as President Asif Ali Zardari and the ruling Pakistan People's Party threw their weight behind him. Zardari, who is camping in the southern city of Karachi, said he and the Pakistan Peoples Party have "full confidence" in Gilani and would "solidly stand behind him in foiling any attempt to destabilise the coalition government".

Zardari made the assertion hours after the Jamiat Ulema-e-Islam, a former ally of the PPP, demanded that Gilani and his cabinet should resign as the coalition had lost its majority in parliament after the withdrawal of support by the Muttahida Qaumi Movement on Tuesday. The MQM, with its 25 lawmakers in the National Assembly or lower house of parliament, played a key role in propping up the PPP-led government.

Gilani gained valuable breathing space after back-to- back meetings in Lahore with leaders of the Pakistan Muslim League-Nawaz and PML- Quaid-e-Azam, the two main opposition parties. Both parties assured the premier they would take any step that derails democracy. Zardari said in a statement that he had "full confidence" in Gilani's ability as Leader of the House in the National Assembly. He also expressed the "firm hope that Prime Minister Yousuf Raza Gilani will complete his five-year term, the ongoing manipulations against him notwithstanding".

The Pakistan President also telephoned Gilani on Monday and talked about the latest political situation and assured him of the full support of the PPP, presidential spokesman Farhatullah Babar said. Babar dismissed reports that sought to create the impression that Gilani was fighting a "lonely battle". He quoted Zardari as saying, "The Prime Minister is not alone, he will not be left alone. The PPP stands behind him through thick and thin. Let there be no doubt or mistake about it".

The PPP-led government is facing its worst crisis since it came to power in the 2008 general election following the withdrawal of support by both the JUI and MQM. The PPP has 126 members in the National Assembly and enjoys the support of about 160 lawmakers. It is at least 12 seats short of a simple majority and PPP leaders have begun a desperate scramble to shore up support for the government's survival.
Source: PTI© Copyright 2021 PTI. All rights reserved. Republication or redistribution of PTI content, including by framing or similar means, is expressly prohibited without the prior written consent.
Related News: Yousuf Raza Gilani, Pakistan People's Party, Asif Ali Zardari, Muttahida Qaumi Movement, National Assembly
Print this article 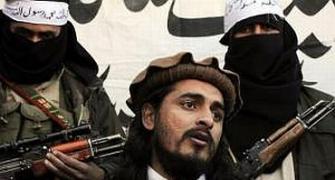 Pakistan PM seeks support from opposition PML-Q to save govt