Source: PTI
April 13, 2012 15:08 IST
Pakistan President Asif Ali Zardari on Friday ordered authorities to take "every possible step" to bring home Dr Khalil Chishti, an ailing 80-year-old scientist who was recently granted bail by the Supreme Court after being given a life sentence in a murder case.

Zardari directed Pakistan Interior Minister Rehman Malik to make "all arrangements to bring back Dr Chishti to Pakistan", an official statement said. All expenditures for Chishti's return to Pakistan will be paid by the government, it said.

Officials said Zardari had directed authorities to take "every possible step" to bring Chishti back to Pakistan. The statement said directions had also been issued to Pakistan's High Commissioner in India, Shahid Malik, to take steps for the repatriation of Chishti.

Chishti was accused of involvement in the murder of a man during a brawl in Ajmer in April 1992. At the time, Chishti was visiting India to meet relatives and to offer prayers at the Sufi shrine of Khwaja Moinuddin Chishti.

In January last year, Chishti was awarded life imprisonment after an 18-year trial. After the sentencing, he was detained in Ajmer Jail. On April 9, the Supreme Court ordered his release on bail. Chisti has been ailing and is unable to walk without help.

The Supreme Court has agreed to hear his plea to return to Pakistan and asked his lawyers to file a separate petition in this regard.

While on a day-long private visit to India on April 8, Zardari had raised the issue of Chishti during a meeting with Prime Minister Manmohan Singh. 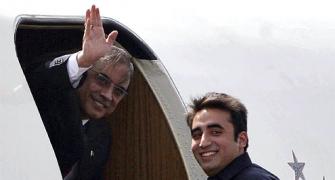 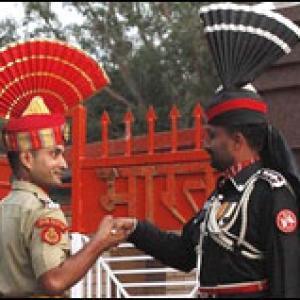