'Your Hindustan will never forget you'

Penned by lyricist Sameer, the tribute song in honour of the martyrs of the Kargil War features Amitabh Bachchan, Salman Khan, Kangana Ranaut among others. 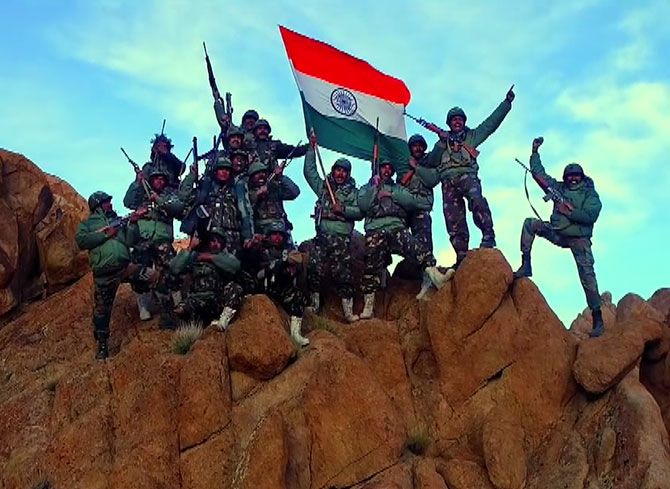 Well-known Hindi cinema lyricist Sameer was surprised when he received a call from the Indian Army asking him to write a song in remembrance of Kargil heroes.

“They told me what happened during the Kargil war and also took me to Kargil and Ladakh where the war took place,” says the song-writer with a string of memorable songs in over 35 years in Hindi cinema.

“What a terrain! It was so cold, we civilians cannot spend even a day in those harsh surroundings, imagine the pain and strength of army men who spend the entire year there,” Sameer told Rediff.com's A Ganesh Nadar.

“I came away filled with pride and gratitude for our army men who are stationed there so that we are safe.”

Sameer returned to Mumbai and waited till he had processed the experience and allowed it to settle in his heart and mind.

Only then did he start writing the song -- ‘Tuhje bhulega na tera Hindustan’, a wonderful tribute to the men who fought the Kargil War.

“The army liked the lyrics very much,” says Sameer.

The song was sung by singer Shatadru Kabir, composed by Raju Singh, and produced by God of Videos. 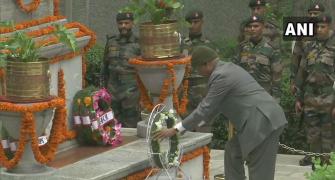 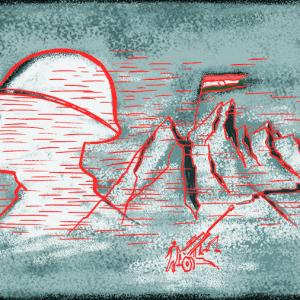