Chief Minister Yogi Adityanath on Sunday unveiled a policy aimed at stabilising the population in Uttar Pradesh and reducing maternal and infant deaths in a time-bound manner as he termed rising population a 'hurdle in development'. 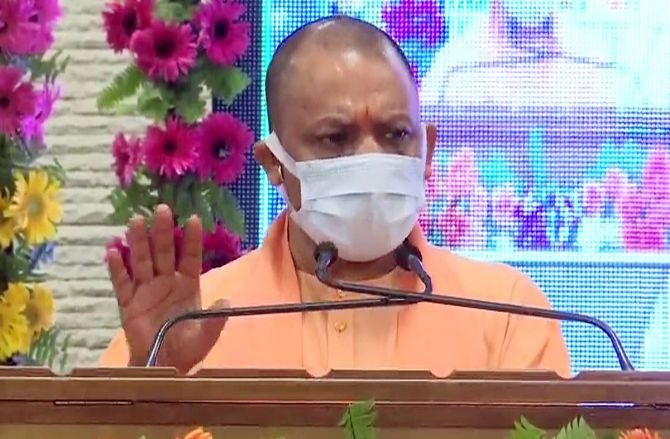 The UP government is implementing this policy keeping in mind all sections of the society, the chief minister said on the occasion.

A few days ago, a draft bill on population control was put up on the website of the Uttar Pradesh law commission inviting suggestions from the public till July 19.

It says people having more than two children in Uttar Pradesh will be debarred from contesting local bodies polls, applying for government jobs or receiving any kind of subsidy.

The draft bill also seeks to prohibit promotions in government jobs for such people, while offering incentives to those limiting their children to two.

Unveiling the population policy on Sunday, Adityanath said, "Across the world, concerns have been raised from time to time about increasing population being a hurdle in development. Discussions on it have been going on for the past four decades."

"The countries and states which have made efforts in this direction have seen positive results. However, more efforts are needed," he said.

Besides seeking to achieve population stabilisation and reduce preventable maternal and infant deaths, the UP Population Policy also aims at preventing the death of children under the age of 5 years and improving their nutritional condition.

Under the policy, efforts will be made to increase accessibility of contraceptive measures under the family planning programme and to provide a proper system for safe abortions, the Uttar Pradesh government said in a statement.

Provisions have been made for ensuring health services for all and for paying special attention to pregnant women, infants, sick newborns and children who are severely malnourished.

Addressing a function at his official residence in Lucknow, the chief minister said efforts to control population is linked to comprehensive awareness in the society.

"We should not forget that the increase in population contributes to poverty in the society. Hence, until all sections of society are made comprehensively aware, there will be a delay in fulfilling various goals.

"Every section of the society has to be associated with the awareness campaign," Adityanath said.

If there is no gap between the birth of two children, it affects their nourishment, he said, adding the efforts made in the past four to five years have yielded good results, but more efforts are needed.

The health of a mother and her child have to be linked with this, the CM said as he stressed on the need make the health system robust and accessible.

UP Minister of Medical, Health and Family Welfare, Jai Pratap Singh said, "It is estimated that our (India's) population will overtake China by 2027.

"If we implement the new population policy, then it is estimated that the population of this state will stabilise by 2052."

The population policy and the draft bill for population control have become a political flashpoint in the state where assembly election is slated to be held early next year.

Questioning the timing of unveiling the policy, media panellist of UP Congress Priyanka Gupta said, "Why did the BJP get reminded of bringing this policy when barely six months are left for the election?"

"The government must ensure that the policy does not have any adverse impact on the poor. Till now, no awareness programme has run... they (Bharatiya Janata Party government) came up with this only to divert the attention of the people from the serious issue of unemployment.

"It wants to send the public a message that it is the population which is responsible for unemployment, and not the government," she alleged.

Hitting out at the BJP government over its draft population control bill, Samajwadi Party MP Shafiqur Rahman Barq on Sunday asked where will India get manpower in case of war if people are not allowed to procreate.

The parliamentarian from Uttar Pradesh's Sambhal said it is Allah who decides the number of lives on earth and no amount of checks can control that.

Taking a jibe at the BJP government, Barq said, "As far as Yogi (Adityanath), PM (Narendra) Modi and (RSS chief) Mohan Bhagwat are concerned, do not have children.

"Now, if the entire India is not allowed to procreate and a situation arises that we have to face another country, from where we get men? This (draft population control bill) will prove to be a loss-making deal." 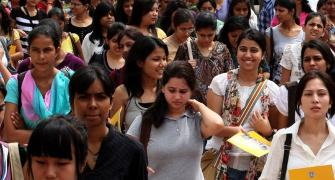