"The national executive should deliberate on the issues rocking Karnataka, Gujarat and Rajasthan and promote Modi as prime ministerial candidate," he told reporters.

"According to a survey, Modi is the most popular leader of the country and the party must think on these lines and take decisions," said Yeddyurapa, who had recently pushed the first BJP government in the South into a crisis of survival.

"Modi is popular because he has done great work in Gujarat and made the state number one in the country," he said.

He declined to comment on the resignation of Modi's bête noire Sanjay Joshi from the BJP National Executive.

Yeddyurappa, who is sulking over the party central leadership for 'sidelining' him, said he could not attend the National Executive due to pending court cases, but would go tomorrow if possible.

"I could not attend the BJP National Executive meet due to some cases filed against me in Lokayukta court. If possible I will go tomorrow,"

He had earlier made it clear he would not attend the BJP meet. Incidentally, he has not missed a single BJP executive meeting in the last two decades.

Yeddyurappa had triggered the recent crisis with nine ministers loyal to him submitting their resignations, insisting on change of leadership of Chief Minister Sadananda Gowda amid speculation that he might split the party.

He, however, said he had decided to quit the party but deferred his decision. 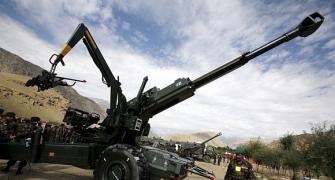 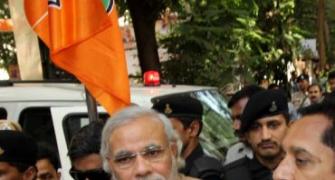