2016 breaks record for hottest year ever

The year 2016 was officially the Earth's warmest since record-keeping began in the 1880s, the World Meteorological Organization announced on Wednesday. 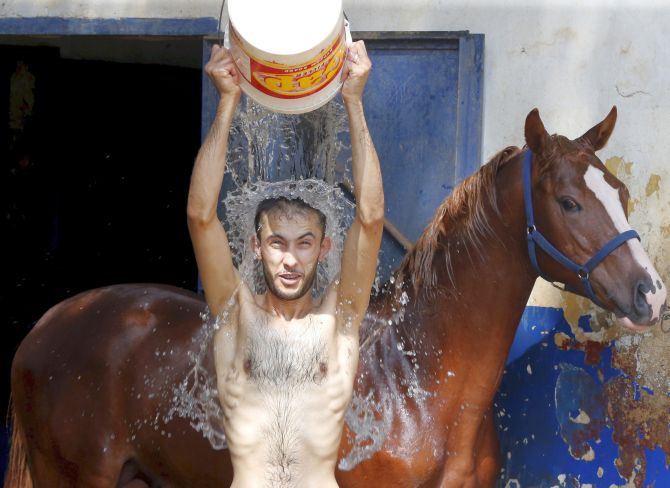 According to the US National Oceanic and Atmospheric Administration report not only was 2016 the third consecutive year to rank hottest than all previous years, it also means 16 of the 17 hottest years on record have occurred since 2000.

A separate analysis, by NASA scientists, came to the same conclusion.

"Last year was the warmest year on record, beating 2015 by a few hundredths of a degree, and together those two years really blow away the rest of our record," Deke Arndt, chief of the monitoring group at NOAA's National Centers for Environmental Information in Asheville, North Carolina, told NPR news.

He said 2016 was about 1.7 degrees Fahrenheit above the global average for the 20th century.

"And that doesn't sound like a lot, but when you take that and you average it all the way around the planet, that's a big number," he said.

The warming was truly global. "Some part of every continent, and some part of every major ocean basin was warmest on record," Arndt said, adding that in the United States, only Georgia and Alaska had record-setting warmth but "pretty much the entire country was above normal, and well above normal." 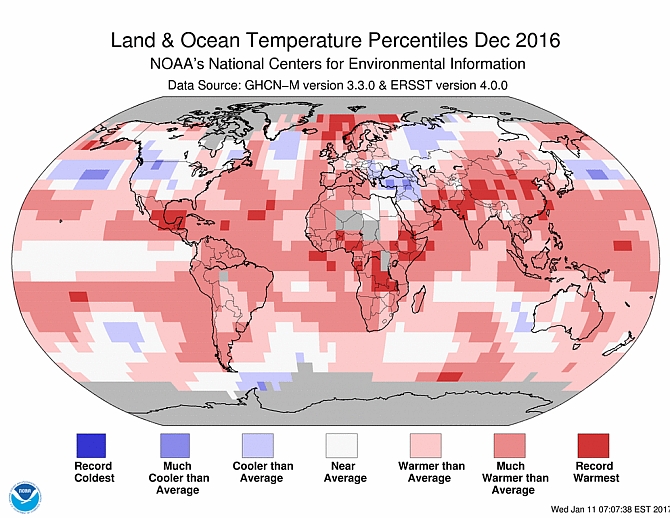 Gavin Schmidt, director of NASA's Goddard Institute for Space Studies, told The Guardian: "El Nino was a factor this year, but both 2015 and 2016 would have been records even without it." He said about 90% of the warming signal in 2016 was due to rising greenhouse gas emissions. He expects 2017 to be another extremely hot year.

The news comes as a confirmation hearing begins for Oklahoma Attorney General Scott Pruitt, who has been nominated by President-Elect Donald Trump to head the Environmental Protection Agency. Pruitt has ardently defended fossil fuels and fought against federal efforts to regulate greenhouse gases that warm the planet.

Trump has called global warming a hoax and has spoken about withdrawing the US from the Paris Agreement on climate change. In fact, Trump's team has said it will strip away funding for "politically correct environmental monitoring" 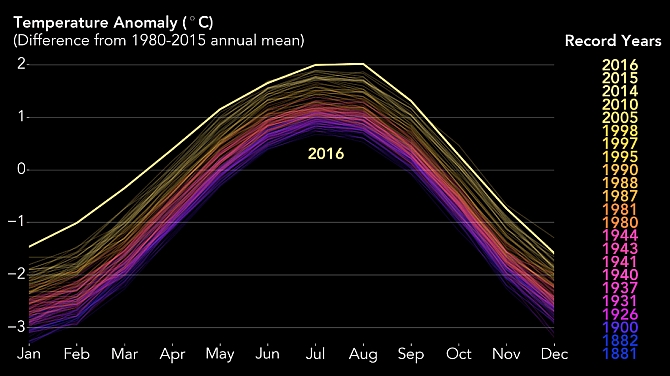 Bob Ward, policy director at the Grantham Research Institute on Climate Change at the London School of Economics, told The Guardian: "Any politician who denies this evidence from world-class climate scientists will be wilfully turning a blind eye to rising risks that threaten the lives and livelihoods of their citizens.

"The lowest maximum sea ice extent in the Arctic was recorded in March, and the minimum extent in September was the second lowest ever measured by satellites. There is evidence of further destabilisation of the major ice sheets in Greenland and West Antarctica, and the global sea level is rising at a rate of about 3.4 centimetres per decade.

"The likelihood of extreme weather, including heavy rainfall and heat waves, is increasing in many parts of the world."

"I hope that president-elect Trump and his team in particular will acknowledge and act on this important scientific information."