The Chhattisgarh government on Tuesday named two former chief secretaries as its nominees for talks with Naxals for release of abducted Sukma Collector Alex Paul Menon even as activists -- Prashant Bhushan and Manish Kunjam -- declined to mediate on behalf of the Maoists.

32-year-old 2006 batch IAS officer, Chhattisgarh Chief Minister Raman Singh told reporters in Raipur. "Buch and Mishra have been spoken to. They have stated that they will mediate with the Maoist mediators on behalf ofthe state government," he said.

"Because the talks will be starting, there should not be any deadline for resolving the issue," Singh said. The chief minister said even though the president of All India Adivasi Mahasabha Manish Kunjam had refused to mediate, the activist has responded to an appeal by him to carry medicines for Menon, whose condition had been described by the Naxals as "critical".

"We have been told by the family members that he (Menon) is an asthma patient and his health is deteriorating. Kunjam has agreed to send the medicine kit to Tarimetla village as soon as possible. We are constantly in touch on phone and we are getting information," the chief minister said.

Earlier, Menon's wife Asha had said that Menon was not carrying adequate medicines when he was abducted on Saturday. Meanwhile, Team Anna member and Supreme Court  lawyer Prashant Bhushan declined to mediate on behalf of the Maoists but appealed to them to unconditionally release the Sukma district collector.

He also said in Delhi that the demands of the Maoists were "justified" and the government should address the issues facing them.

Hours after the Maoists named him as one of three mediators for negotiations with the government, Bhushan said that he would not mediate on the issue.

"No, I am appealing to the Maoists to unconditionally release the collector. I agree to most of their demands which are justifiable but the collector should not be used as a bargaining chip," Bhushan told PTI when asked if he would act as a mediator.

"Menon is an innocent officer. If the government is serious about addressing the root causes of Naxals, I am quite happy to be part of any negotiations then," he said.

The lawyer said the demands for ending operation 'Green Hunt' and release of innocent tribals are "justified". The government should also address issues facing them such as handing over large tracts of land to big corporations, he said.

After the Chhattisgarh government offered to hold talks to secure the release of the Sukma district collector, Maoists had on Monday night named three mediators, including former National SC/ST Commission chairperson B D Sharma and Kunjam.

Kunjam has declined the Maoists offer citing regional circumstances and party obligations. In a statement, the Maoists had termed Menon's health as critical and asked the mediators to bring medicines along with them.

The Maoists had asked the state government not to indulge in "delaying tactics" as Menon's health was deteriorating. hey had also said only the three persons named by them will be allowed to negotiate in Tarimetla village and asked them to accept the invitation to act as mediators.

Sharma said, "There is a dispute. It needs to be resolved. Their (Maoists') demands are obvious." Asked on how should the government react in such a situation, Sharma said, "We would wish both parties to sit down and discuss. That is what should be done and that is happening."

He said, "The government is guilty of greater crimes... After all what is the government doing? Why there is so much unrest in the tribal areas? This is the question they need to answer." 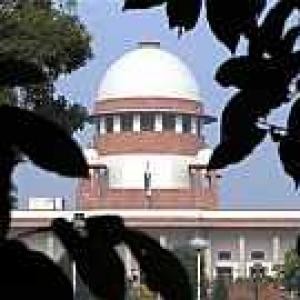 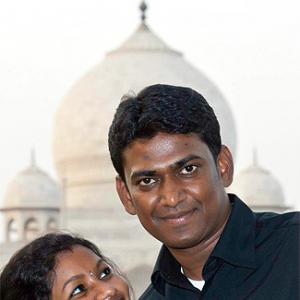