'Won't implement CAA if it affects even 1 in J'khand'

Jharkhand chief minister-designate Hemant Soren on Tuesday said he will go through the details of the citizenship law and if even one person from his state is uprooted due to the amended legislation, then it will not be implemented. 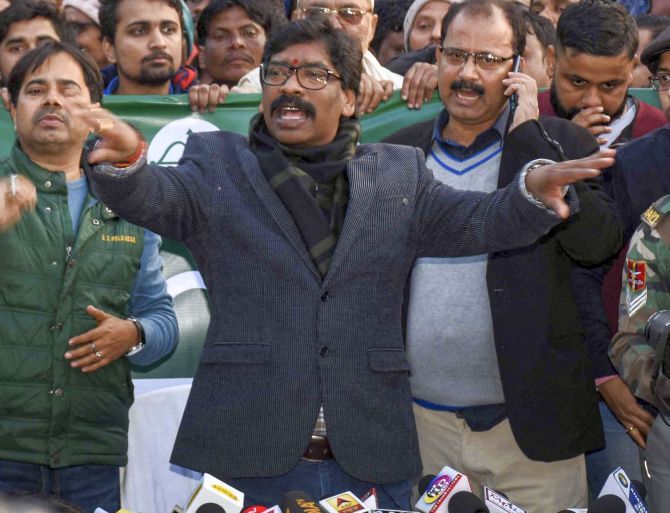 Soren, who led the Jharkhand Mukti Morcha-Congress-Rashtriya Janata Dal alliance to a win in the assembly polls, also said that he had not gone through the details of the Citizenship Amendment Act and the possible National Register of Citizen and he would make a "holistic review" of them.

"I have not gone through the NRC and CAB (now CAA) documents that the government of India wants to implement. Citizens are on the roads against these laws. We will go through it and if it uproots even one Jharkhandi from his or her home, then it won't be implemented," 44-year-old Soren said.

He was on Tuesday formally elected the JMM legislature party leader and will be sworn in on December 29 at 1 pm.

"The NPR has been done today. We will do a holistic review of the entire act and the policy at the state level and I need to be convinced that not a single Jharkhandi is uprooted from his or her home due to this law," the JMM working president said when asked about his take on the CAA and NRC with many states ruled by Opposition parties asserting that they will not implement the controversial citizenship law.

His remarks came hours after the Union Cabinet approved over Rs 3,941.35 crore for updating the National Population Register.

According to the CAA, members of Hindu, Sikh, Buddhist, Jain, Parsi and Christian communities who have come from Pakistan, Bangladesh and Afghanistan till December 31, 2014 and facing religious persecution will be granted Indian citizenship after staying in the country for five years.

Protests against the CAA demanding revoking of the law have rocked the country, including in West Bengal, in the past few days.

Asked about his alliance's victory in the Jharkhand polls, Soren said it was a win for democracy and against the "divisive policies" that the BJP had implemented in the state.

Results have shown that local issues in states are top most priority of people and their aspirations should be addressed, he said, adding that elections are fought on ideologies.

Asked about his priorities as chief minister, Soren said he would focus on land rights act to give land to the landless.

Delinking Aadhar with Public Distribution System and rationalising the distribution of PDS would also be a priority, he said.

He also listed tackling unemployment, creating an employment roadmap for the state, providing water for irrigation and potable drinking water to every household, being on top of his government's agenda.

Creating a holistic plan for reviving and boosting public health and education infrastructure is also very important, he said.

Welfare of tribals, backwards and minorities will be high on the new government's agenda, he said.

The opposition JMM-Congress-RJD alliance stormed to power in the tribal-dominated state in the assembly poll results announced on Monday, ending the five-year rule of the BJP. 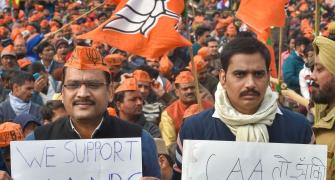 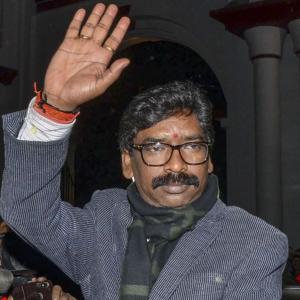 Hemant Soren to take oath as Jharkhand CM on Sunday 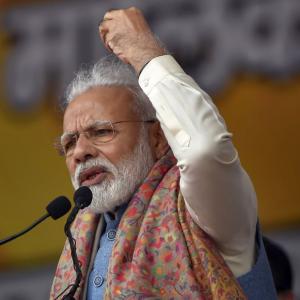