Akhilesh not to contest UP assembly polls, announces tie-up with RLD

Samajwadi Party supremo Akhilesh Yadav on Monday said he will not contest the coming Uttar Pradesh assembly elections himself even as he announced that an alliance between his party and the Rashtriya Lok Dal is now final. 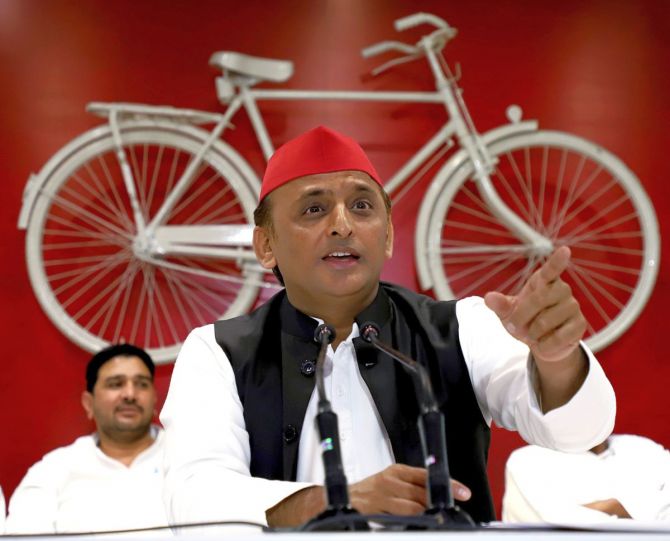 Yadav also said his uncle Shivpal Singh Yadav, who broke away from the SP to form the Pragatisheel Samajwadi party Lohia will get the "due honour" from his party.

"Our alliance with the RLD is final. Seat-sharing is to be finalised," he told PTI in an interview.

The RLD enjoys support among farmers of Western Uttar Pradesh and is on the same page with the SP on the issue of opposing the Centre's three farm laws.

Yadav, who is an SP MP from Azamgarh and regarded as the CM face of his party, said, "I will not be contesting the assembly election myself".

The SP supremo, who was a Member of Legislative Council when he served as chief minister of Uttar Pradesh from 2012-2017, did not give any reason for the decision.

However, later Yadav said a final decision on his contesting the polls will be taken by the party.

On whether he has held any talks with the AIMIM or Mamata Banerjee's TMC for the state polls, he said there have been no discussions with them.

Terming his party's tie up with the SBSP as a natural alliance, Yadav said people in eastern Uttar Pradesh have accepted it and it will ensure the BJP's defeat.

On the poll promises made by the SBSP to provide free electricity and RLD of providing over one crore jobs, Yadav said every party has its agenda .

"We all raise issues of farmers, employment, common man. Everyone is releasing their manifesto. If voted to power, our government will try to accommodate them and prepare a common minimum programme," he said

Asked about the joining of Congress leaders and also of a Bharatiya Janata Party and Bahujan Samaj Party MLA in his party, he asserted, "The joining will continue. It shows that people are seeing the SP as an alternative to the BJP, which only spread lies and deceit people with promises."

He said that people of the state have not forgotten the pain and treatment meted to them during the peak of Covid and added that maximum cases were lodged against his party workers during the pandemic for helping people.

"SP workers were on the street during Covid peak. We provided all necessary help to people when government was missing from action and left people on their own to survive. Instead of helping, maximum number of cases were lodged against SP workers during the pandemic but it did not deter them," he said.

Countering the "tall claims of BJP of helping people", Yadav said, "Why not a single case was filed against BJP workers during Covid. As our workers were out for help, cases were lodged against them."

He was asked about Union Home Minister Amit Shah's recent remark as to where was the SP supremo during the Covid period.

Lashing out at Chief Minister Yogi Adityanath, Yadav accused him of ruining the state.

"By saying that it has fulfilled 90 per cent promises of its 'Sankalp Patra' (manifesto), the BJP is only lying," he charged.

About the government's move to provide tablets or smart phones to students, the former Uttar Pradesh chief minister said, "What it was doing for the past over four-and-a-half years? This shows their intention."

The Samajwadi supremo said people are facing inflation and youth are unemployed.

People faced hardships during Covid peak and lost their near and dear ones for lack of treatment, non availability of beds, and oxygen and now they will think twice before voting for the BJP, he asserted.

"The SP is the only party that can face BJP and stand tall before them in the interest of people. Farmers are also with the SP. This time there will be a change in the state and people of the state have made up their minds," he said. 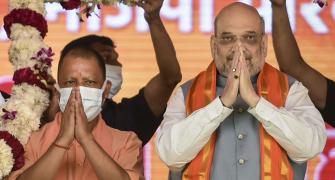 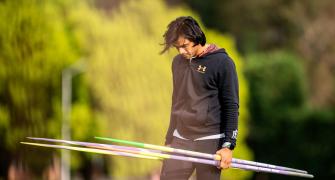 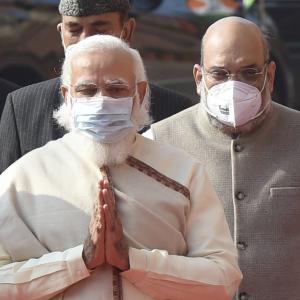 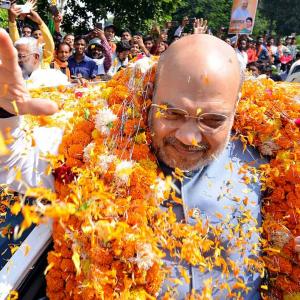