'The battle lines are being drawn. Nitish is a master political craftsman. He is not going to leave the BJP, but he knows that even a small fraction of minority votes would help him keep his image of a secular leader.' At the start of the budget session of the Bihar assembly, Bharatiya Janata Party lawmakers were lining up to greet Chief Minister Nitish Kumar.

At the same time, Leader of the Opposition and Rashtriya Janata Dal leader Tejashwi Yadav was busy submitting an adjournment motion over the controversial National Population Register.

BJP members, at first, were a bit confused over the turn of events.

The confusion deepened when Nitish appeared neutral over the issue, and not siding with ally BJP.

Before BJP MLAs could seek clarity from him, the chief minister announced that the state government would not implement the NPR in its new form, and would go ahead with the 2010 questionnaire.

The president of the Janata Dal-United also vociferously denounced a nationwide National Register for Citizens and termed the BJP’s demand for it “needless” and without justification.

What happened in the second half of the day was even more shocking for BJP MLAs.

Before BJP legislators could discuss the matter, the resolution was approved.

It’s interesting to note that Nitish had invited Tejashwi for a cup of tea when the House was adjourned for lunch.

They met again the following day, and Nitish got another resolution unanimously passed, demanding a caste-based census in 2021.

And they again met a day later.

Nobody is ready to spill the beans, but the air is heavy with speculation.

"Having a casual chat over a cup of tea should not be linked with politics,” said JD-U state president Bhashishta Narayan Singh.

But in politics, nothing is what it seems.

Eyes on the prize

Political analysts call this “affection” between chacha-bhatija (Nitish-Tejashwi) the need of the hour for them, especially when the assembly election is only months away.

“The BJP tried to use issues related to nationalism, the CAA and the NRC in the Maharashtra, Haryana, Jharkhand, and Delhi elections, but it did not work for the party. Nitish understands this and, therefore, he is sidelining the BJP beforehand,” said N K Chaudhary, former head of department of economics at Patna University.

On the other hand, a JD-U leader said: “Sometimes you have to show that you can’t be taken for granted. Kumar hit two birds with a stone -- he asserted his autonomy and also boosted his secular credentials.”

Some say Nitish’s move in the House and his bonhomie with Tejashwi were a message to BJP to stop its “pressure politics”.

Ever since their success in the Lok Sabha elections, BJP leaders have been asking for a greater say in the state’s ruling alliance.

They want the BJP and the JD-U to contest an equal number of seats in the upcoming election.

Though the BJP leadership has already announced Nitish as the National Democratic Alliance’s chief ministerial candidate, not many within the party are happy.

Nitish knows this and understands that if the BJP manages to secure more seats than the JD-U’s tally, he could be looking at a tumultuous term, to say the least.

Therefore, he wants the upper hand in the seat-sharing talks.

On the other hand, Tejashwi, too, is facing several problems in the Grand Alliance.

The Congress, after its victory in Jharkhand, is seeking more seats to contest.

Besides, he has troubles closer home.

His elder brother, Tej Pratap, wants to prove his superiority in the party.

Last week, Tej Pratap named one of his close aides member of the party’s parliamentary board, but this move was overturned by Tejashwi minutes later.

“They (allies) see Tejashwi as Lalu Prasad’s son, not his heir apparent. The current scenario gives an opportunity to Tejashwi to present himself as their leader. He is already claiming credit for the assembly’s motion against the NRC, saying he forced Nitish’s hand,” said a party insider.

Does this mean that Lalu and Nitish are coming together?

Not exactly, said leaders from both camps.

“We have been very clear about the CAA, the NRC and the NPR,” said Bihar’s information minister Neeraj Kumar.

“We supported the CAA, but we were not in favour of the NRC and the NPR in its current form. The RJD was trying to make it an issue, but we stopped that idea in its tracks,” he said.

He, however, called the government’s move a tactical understanding between Nitish and the BJP leadership.

“Nitish is not going away from the BJP anytime soon. The BJP leadership has changed stance after the party’s defeat in recent assembly polls. It understands that nationalism would not be a big factor in the Bihar election and that it would be fought on local issues. The BJP doesn’t want to leave Kumar, thus avoiding a multi-corner contest.”

The BJP, so far, has been silent on the entire episode.

He, however, said there was “no confusion” between the two partners.

But, sources said the party leadership was “not pleased” by the turn of events.

In the assembly election, the stakes would be high and all the parties understand this.

Therefore, party leaders are now focused on issues such as prohibition, education, roads, and electricity.

In fact, when Nitish’s most-trusted lieutenant R C P Singh embarked on a constituency yatra, the Rajya Sabha MP discussed the alcohol ban and development schemes of the Nitish government.

“We are trying to win a fourth consecutive term. It’s not going to be an easy task,” said a leader.

Meanwhile, the RJD is trying to expand beyond its traditional Muslim-Yadav base.

Last month, when the list of new district-level chiefs was unveiled, it surprised everyone.

The party reduced the number of Yadavs on the list, from 23 to 13.

Fourteen leaders from extremely backward castes and eight from Scheduled Castes were included.

For the first time, the party gave three leaders from upper castes a place on the list.

“The battle lines are being drawn. Nitish is a master political craftsman. He is not going to leave the BJP, but he knows that even a small fraction of minority votes would help him keep his image of a secular leader,” said Chaudhary.

“For Lalu and his family, the polls will be a do or die battle. Yadavs had switched over to the BJP last year (in the Lok Sabha polls); this time they appear to be behind the RJD. However, Tejashwi wants to widen the field and, therefore, he is luring other castes, too. In the process, he also wants to cement his position in the Grand Alliance and his party,” he added. 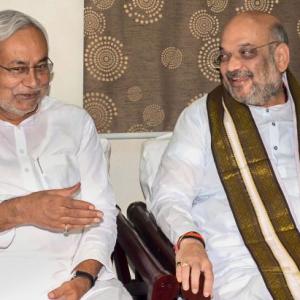 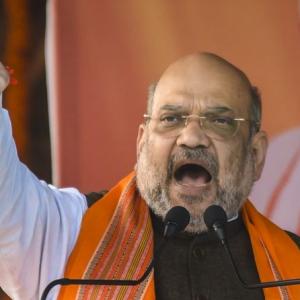