They have long juggled the demands of field and family, making sure both are tended to, and now hundreds of women from Haryana and Punjab have added another dimension to their busy lives -- the protest grounds at the various gateways into Delhi. IMAGE: Women farmers during the protest against the new farm laws at Singhu border in New Delhi. Photograph: ANI Photo

As their husbands, sons and brothers leave home to demand a rollback of the Centre's new agri laws, many women are joining them too, making the trip from village towards the national capital even if for only a few days at a time.

For these women, who describe themselves as homemakers, farmworkers and protesters all rolled into one, any suggestion that farmers are about being alpha males because it requires physical labour is met with scorn.

"The profession of farming is not defined by gender. Our fields don't produce crops differently if tended by women and men. Many male farmers are here protesting. Why should we sit at home?" asked 53-year-old Mandeep Kaur, a farmer from Ludhiana who refuses to be stereotyped into any one role.

Mandeep took a bus to the Singhu border, a major protest site of the farmers' agitation that has been going for more than two weeks, spent a night and returned home.

“But I will be back,” she said. “We have to look after both our homes as well as our fight. I watered the fields before I came here. It will sustain the land until I return home.”

While the men have been camping at the Tikri and Singhu border, the main access point into the city from Punjab, many of the women have been travelling back and forth, balancing the jobs of taking care of their homes and fields and also participating in the agitation.

Mandeep's companion on the five-hour bus ride from Ludhiana to Singhu was her neighbour Sukhwinder Kaur.

The 68-year-old widow said she was tired of sitting at home while the men in her family were out protesting, and decided she needed to come down, even if it was for a short visit.

"I wasn't being able to sleep at night properly. I couldn't sit back at home while my brother and nephew, and all our farmer brothers, are fighting here. I had my first good night of sleep after I came here,” Sukhwinder added.

It wasn't the epitome of comfort and toilets were a problem but that didn't matter, said the feisty women.

Sukhwinder and Mandeep, with several other women protesters, slept in a water proof tent provided by Khalsa Aid, an international NGO.

Sukhwinder said she was aware of the fight the farming community had undertaken but didn't realise what it actually took to keep the fight going until she came here.

"We are 'gharelu' women, don't know much about the world, but after coming here I have realised how big this fight is. We are prepared for it, however long it takes. The kind of help we are getting for the protest shows the entire country is with us. I have heard that people from Australia, Canada and America are also with us,” she said.

The farmers, with help from various organisations and generous donors, have pulled out all the stops to sustain their agitation.

The site is seeing a constant supply of cooked meals, fruits, dry fruits, and even ‘chaat'.

Arrangements for laundry service, and medical facilities, including regular health check ups and a dental camp, have also been taken care of.

Sukhwinder only had one complaint.

“The toilet is a little too far,” she said.

Staying on the Haryana side of the border, she said she had to take a bit of a stroll to find a toilet, which was on the Delhi side.

Inadequate sanitation facilities is one reason why many women have to go back and forth, managing to stay at the protest sight only for a few days at a time.

But 75-year-old Daljinder Kaur takes it all in her stride, like many others.

She is Mandeep's aunt and insisted on accompanying her to Singhu despite her age.

Daljinder said she is positive her farmer brothers and sisters will convince the government.

"Modi ko mana ke jaenge. Apne haq lene aaye hain, peeche nahi hatenge' (We will convince Modi. We won't go back until we get our rights),” she said. “'And if needed, we will die here too, she said.

Refusing the government's requests to make amendments to the new farm laws, the farmers are insisting that they should be repealed.

On Saturday, farmers picketed highway toll plazas in Haryana, UP, and Rajasthan.

They are apprehensive the new legislations will eventually do away with the minimum support price system, leaving them at the mercy of the corporates. 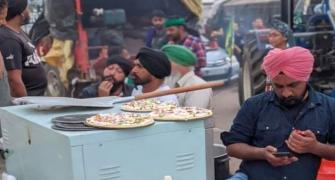 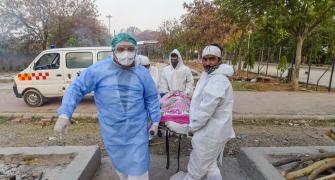 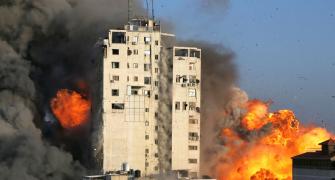 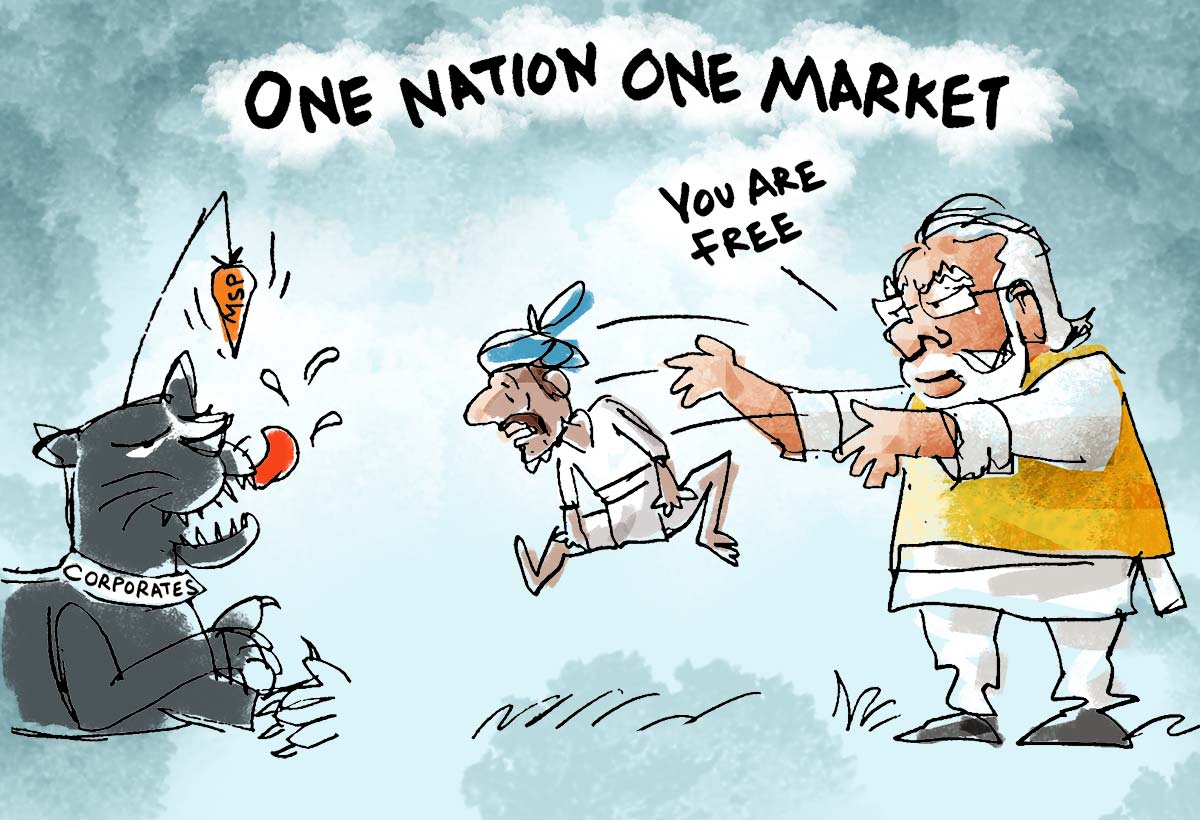