News
Business
Movies
Sports
Cricket
Get Ahead
Money Tips
Shopping
Sign in  |  Create a Rediffmail account
Rediff.com  » News » Will change my mind if accusations are credible: Trump on SC nominee

Will change my mind if accusations are credible: Trump on SC nominee 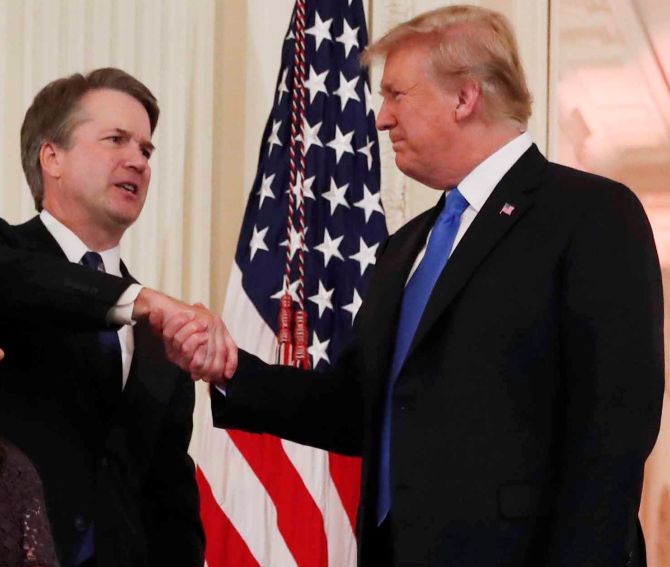 In the wake of a series of sexual assault allegations slapped on United States President Donald Trump’s Supreme Court nominee, Brett Kavanaugh, the former said that he could change his mind regarding the nomination, if the allegations are proved.

The US president further said he would follow the hearing between Kavanaugh and Christine Blasey Ford, the woman who has accused him of sexual assault, slated to take place on Thursday.
(Read her written testimony here)

Trump also said that Kavanaugh’s accusers should have reported the alleged sexual assaults as and when they occurred.

“I only say this: 36 years, no charge, no nothing, people are going to have to make a decision. Thirty-six years and there’s no charge,” he said.

He then accused the lawyer of an alleged victim, Michael Avenatti, of being a ‘con artist’.

When asked if he believes any of the allegations against his Supreme Court nominee, Trump said, “These are all false, to me. I won’t get into that game. I only tell you this. This is one of the highest quality people that I’ve ever met. And everybody that knows him says the same thing. And these are all false, to me. These are false accusations in certain cases, and certain cases even the media agrees with that. I can only say that what they’ve done to this man is incredible.”

Earlier this month, Ford, a professor at Palo Alto University in California, had alleged that Kavanaugh had assaulted her during a party in the 1980s when they were both in high school. She had accused him of groping her and attempting to remove her clothes.

According to a report by the Washington Post, Kavanaugh allegedly covered Ford’s mouth with his hand to prevent her from screaming.

Kavanaugh was nominated to the Supreme Court by Trump in July to replace Justice Anthony Kennedy. 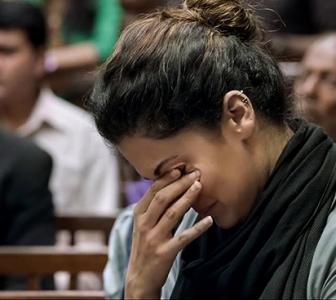 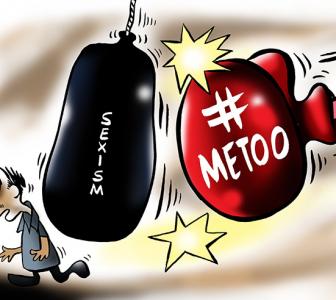 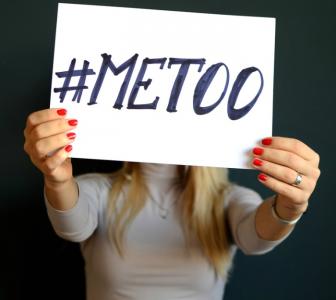 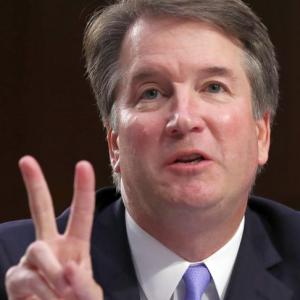