Senior Shiv Sena leader Sanjay Raut on Wednesday claimed there was a "consensus" between the Bharatiya Janata Party and his party before the Maharashtra assembly elections on sharing the chief minister's post. 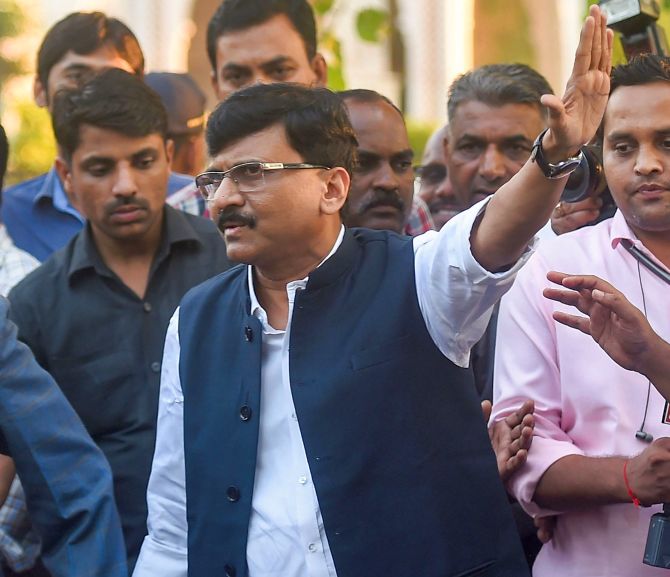 Amid the stalemate continuing over government formation in the state, Raut told reporters in Mumbai that no fresh proposal has been received from the BJP or sent to it.

He claimed farmers and the working class want a Shiv Sena chief minister and have hopes and expectations from the Uddhav Thackeray-led party.

Ruling out any new proposal for government formation, Raut reiterated that the Shiv Sena expects implementation of what was decided and agreed upon before the elections.

"Why waste time on new proposals. We want a discussion on what was agreed upon earlier. No new proposal has been received or sent," he said.

On the possibility of imposition of President's rule in the state, Raut said, "We will not be responsible for it. Those conspiring to do this are insulting the people's mandate."

He said wherever Uddhav Thackeray and his son Aaditya Thackeray, who won the state polls from Worli seat in Mumbai, were touring to review crop losses due to unseasonal rains, the farmers and working class were looking at the party with hopes and expectations.

"All are eager to have chief minister from the Shiv Sena," he said.

Raut refused to respond to a question on whether the Nationalist Congress Party has agreed to share the chief minister's post.

The Sharad Pawar-led NCP on Tuesday said a political alternative can be worked out in the state if the Shiv Sena declared that it had snapped ties with the BJP.

Sources in the NCP said their party wants Arvind Sawant, the lone Shiv Sena minister in the Union government, to resign before going ahead further with the Sena.

The BJP, which won 105 seats, and the Shiv Sena, which bagged 56 seats, are locked in a bitter tussle over sharing of the chief minister's post and ministerial portfolios in new government, even 13 days after the assembly poll verdict handed them enough seats to cobble up a coalition government.

Besides, the opposition NCP won 54 seats while the Congress got 44 seats. 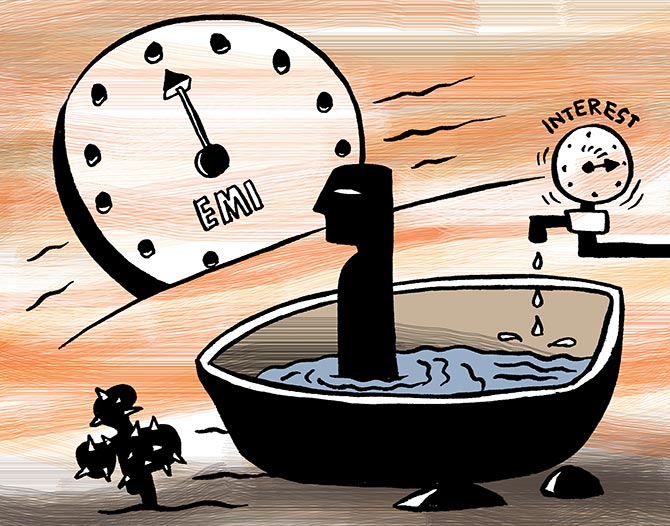 EMI moratorium: Calculate how much more you will pay

Cyclone Nisarga to make landfall at Alibaug at 1 pm