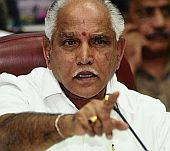 Remaining firm on floating his party, former Karnataka Chief Minister B S Yeddyurappa on Saturday said the Bharatiya Janata Party was free to expel him any time.

"I have not set any deadline for the party to act against me. Why wait, let them expel me tomorrow itself", Yeddyurappa said when reporters sought his reaction over his successor D V Sadananda Gowda's demand for disciplinary action against him.

Yeddyurappa, who has been criss-crossing parts of the state ahead of the launch of his new regional outfit Karnataka Janata Party, said he was not floating the new party banking on the support of BJP legislators.

"I am depending upon the people support. Much before the launch of the new party, there has been a overwhelming support from people", he said.

KJP President V Dhananjayakumar told reporters at Bangalore that at least 50 legislators would be attending the party launch function at Haveri on December nine.

Yeddyurappa has asked the ministers of the Jagadish Shettar ministry not to attend the Haveri meet, Kumar said.

Two days ago, Gowda, whom Yeddyurappa ousted from the chief minister post, had urged the party that it should initiate action against those who violate discipline and flayed certain statements by the Lingayat strongman.

Yeddyurappa had already announced that he would launch KJP on December nine after resigning from BJP and also his Assembly membership by first week of next month. 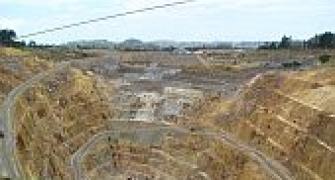