The US government has informed a New York court that Pakistan's intelligence agency Inter Services Intelligence and its former director generals "enjoy immunity" in the case related to 26/11 filed by the relatives of victims of the Mumbai terror attack and asked Pakistan to dismantle LeT and support India's efforts to counter terrorist threat.

"In the view of the United States, the Inter-Services Intelligence (ISI) is entitled to immunity because it is part of a foreign state within the meaning of the FSIA (Foreign Sovereign Immunities Act)," Stuart Delery, the Principal Deputy Assistant Attorney General told a federal court in New York on December 17 in a submission on a case filed by relatives and family members of the American victims of the Mumbai terrorist attacks.

"Furthermore, the Department of State has determined that former Director Generals Ahmed Shuja Pasha and Nadeem Taj are immune because plaintiffs' allegations relate to acts that these defendants allegedly took in their official capacities as directors of an entity that is undeniably a fundamental part of the Government of Pakistan," Delery said in his 12-page affidavit.

"Because foreign sovereign immunity and foreign official immunity provide an adequate basis upon which to dispose of this case with respect to the ISI and former Directors General Pasha and Taj, the United States takes no position on the political question doctrine issues that are also presented in this case," the affidavit says in its footnote in response to the court case filed by American survivors of the Mumbai terrorist attack.

Claiming that the ISI of Pakistan was involved in the planning and execution of the Mumbai terrorist attack, these American survivor of 26/11 and family members of the victims had filed a case against the ISI chiefs, Ahmed Shuja Pasha, Nadeem Taj and its other officials, besides Lashkar-e-Tayiba leaders, Mohammed Hafiz Saeed; Zaki ur Rahman, Sajid Mir and Azam Cheema.

On November 26, 2008 in Mumbai, terrorists carried out a well-coordinated shooting and bombing attacks in which 166 people, including six Americans, were killed and 308 others wounded.

In fact as many as four identical court cases were filed including one by Linda Ragsdale, on August 12. A resident of Tennessee, Ragsdale was shot in her back by one of the LeT terrorist at the Oberoi Trident hotel in Mumbai. She, however, survived that attack.

"In making this immunity determination, the United States emphasizes that it expresses no view on the merits of plaintiffs' claims. The United States strongly condemns the terrorist attacks in Mumbai and continues to believe that the Islamic Republic of Pakistan must take steps to dismantle LeT and to support India's efforts to counter this terrorist threat," the affidavit said.

The US government argues that in its view FSIA requires that the ISI Directorate of Pakistan be accorded immunity from this civil suit because the ISI is a fundamental part of the Government of Pakistan itself and no exception to immunity applies.

"Moreover, the Department of State has determined that the former Director Generals of the ISI, Ahmed Shuja Pasha and Nadeem Taj, enjoy immunity, a determination that is not subject to judicial review. In making this determination, the United States emphasizes that it expresses no view on the merits of plaintiffs' claims," the affidavit said.

The American relatives and victims of Mumbai terrorist attacks in their filings had alleged that the ISI controlled and coordinated the terrorist attacks and provided critical planning and material support to the attackers.

They also contend that former Directors General Pasha and Taj provided material support and resources to the attackers, recruited participants and planned the attacks. As such the

American survivors and relatives of the victim had sought compensatory and punitive damages.

Lawyers of ISI and its directors had argued that they enjoy immunity in the case. It was on April 23 this year that the court had asked the US Government to clarify its position. December 17 was the last date for that.

"There can be no serious question regarding the ISI's status as a "foreign state" within the meaning of the FSIA. As the Government of Pakistan states, the ISI is part of its government, organized under the Ministry of Defence," it said.

"Although plaintiffs contend that the ISI is not governed or authorized by Pakistani law and is not under the control of the Pakistani government, the United States executive and legislative branches have consistently treated the ISI as part of the Government of Pakistan," the US attorney said.

"The United States is not aware of any case in which a court has concluded that a component of a foreign state lacks immunity because the foreign state allegedly does not control its actions. Plaintiffs' theory is particularly unusual in the context of an intelligence agency, which, like a foreign ministry or defence ministry, serves a quintessentially sovereign purpose," the attorney said.

The same date the State Department wrote a letter to the Department of Justice notifying of its determination that both Pasha and Taj enjoy immunity in the 26/11 case in a New York court.

"Upon consideration of this matter, and after a full review of the pleadings, the Department of State has determined that Defendants Pasha and Taj are immune from suit in this case. The residual immunity of a former official is based upon that official's conduct and extends only to acts that individual took in an official capacity," Harold Hongju Koh, legal advisor of the State Department said in a letter dated December 17 to Delery. 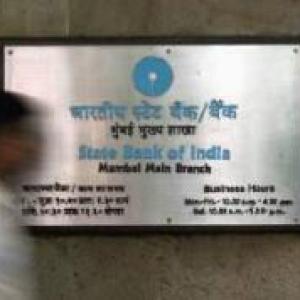