News
Business
Movies
Sports
Cricket
Get Ahead
Money Tips
Shopping
Sign in  |  Create a Rediffmail account
Rediff.com  » News » Why there will be no defence deals during Obama's visit

Why there will be no defence deals during Obama's visit

Defence Minister A K Antony, during his visit to Washington, DC, in September, bluntly told US Defence Secretary Robert Gates that India would not sign the agreements which Washington calls the 'foundation' for transferring high-tech communication equipment to India. Ajai Shukla reports.

Officials coordinating the visit of American President Barack Obama to India in November, have been told to rule out a big-ticket signing ceremony for two defence safeguards agreements that Washington has pressed for.

Senior defence ministry sources told Business Standard that Defence Minister A K Antony, during his visit to Washington, DC, in September, bluntly told US Defence Secretary Robert Gates that India would not sign the agreements which Washington calls the 'foundation' for transferring high-tech communications equipment to India.

The two agreements are a communications interoperability and security memorandum of agreement and basic exchange and cooperation agreement for geo-spatial cooperation. In addition, Antony also conveyed India's unwillingness to sign a logistics support agreement, which would allow either country's military units to plug into the military logistics infrastructure of the other anywhere in the world, with accounting on a book-debit basis.

A defence ministry official, who was present at the Washington, DC, meetings said, "People who believe Mr Antony is a mild-mannered man, who does not take strong positions, should have seen the clarity with which he told the US delegation that India sees no benefits in signing these agreements."

Advising Antony not to sign the CISMOA and BECA, is India's military. The Indian Air Force believes that these seemingly innocuous agreements -- binding India to safeguard communication equipment and codes that the US military also uses -- would ensure that US-sourced equipment with the IAF, such as the C-130J Super Hercules and the C-17 Globemaster III transport aircraft, remains interoperable with US forces.

"The US is keen to operate with us," explained

a senior IAF air marshal. "We see no benefits in being interoperable with them. So, why should we be hustled into signing these agreements?"

The Pentagon has been arguing that, without the CISMOA and BECA, India would get less than cutting-edge electronics on the systems that it buys from the US. During a visit to New Delhi in January, Gates had remarked, "[These agreements] are preponderantly in India's benefit, because they give high-tech systems additional high-tech capabilities are enablers, if you will, to the very highest quality equipment."

But last week, Air Chief Marshall P V Naik rejected that logic, insisting that the absence of CISMOA and BECA "will not make any substantial difference to our operational capabilities".

Now, leaked contract documents appear to support the air chief's viewpoint. A draft contract for the six C-130J Super Hercules transporters that India bought from Lockheed Martin (posted on Indian military blog Livefist and verified as correct by Lockheed Martin sources) reveals that just five items have been denied to India as a result of not signing CISMOA and BECA.

The draft contract notes that the five items "are deleted/changed from the C-130J India Air Force (sic) configuration at this time. These items may be added when CISMOA is signed between the US government and the Government of India."

These items are all communications interfaces between the aircraft and friendly forces on the ground. Since the C-130J is customised for special forces operations -- especially air-transporting commandos to a landing area that has been secured by friendly ground forces -- the aircraft needs secure communications links between airborne and ground forces, including an identification system to ensure that an enemy radio cannot lure the C-130J to an unsecured landing ground through a fake message.

The IAF believes it can make do with commercially available electronics fitted in the C-130J as alternatives to the US Air Force safeguarded systems. 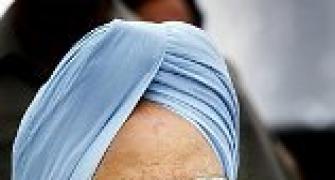 Nuke bill to bring in more investment: US media 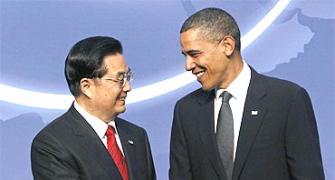 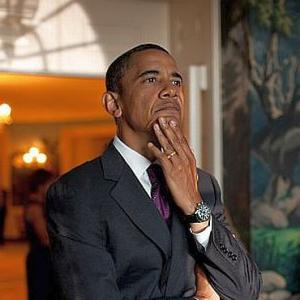 Here's what Obama and Dr Singh should do