Mamata Banerjee has announced a Rs 500 crore relief package to assuage those who lost their money to the Saradha chit fund.

As West Bengal is dancing on the edge of bankruptcy, this money will be raised from taxes on tobacco. Having already seen their savings go up in smoke the people of West Bengal must now puff away whatever is left, says T V R Shenoy. 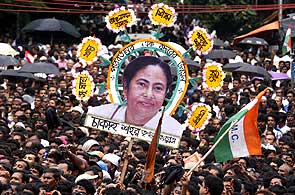 Must the poor people of West Bengal, many of whom have already lost their savings to the Saradha Group, endure lung cancer to pay for the Ponzi scheme?

Where did the thousands allegedly skimmed off by the Saradha Group disappear?

How many politicians, cutting across party lines in West Bengal and Assam, had dealings with the Saradha Group?

Finally, and seemingly of greatest interest to the talking heads in television studios, what will be the political fallout of the collapse of the Saradha Group's chit fund scheme?

That is enough questions for one go.

So here, in order, are the answers as best as we can tell today. Yes. Apparently so. If anyone knows they are not talking. Too many for comfort. Only time will tell.

Dragging in Nalini Chidambaram's name could be a red herring. She is a qualified Supreme Court lawyer, and attorneys at that level routinely demand incredible amounts. (The real scandal is that 99 per cent of India cannot afford top-drawer lawyers, but that is a debate for another day.)

So, what did Nalini Chidambaram do to earn her fee? Briefly, a lawyer based in Tamil Nadu was hired to see if money should be taken from a firm in West Bengal to set up a channel in an unspecified North-Eastern state. Having drawn up a contract, the lawyer was paid one crore (plus expenses for travelling to Kolkata) for advising her client to back out of the deal. There is nothing remotely illegal, is there?

Mamata Banerjee has announced a Rs 500 crore (Rs 5 billion) relief package to assuage those who lost their money to the Saradha chit fund.

Did her ministry consider attaching the properties belonging to Sudipta Sen (as an individual) or the Saradha Group (as an entity)?

As West Bengal is dancing on the edge of bankruptcy, this money will be raised from taxes on tobacco. Having already seen their savings go up in smoke the people of West Bengal must now puff away whatever is left. Cancer is, presumably, not something to be feared.

This new tax on tobacco -- and lungs -- would not be required if Sudipta Sen could be persuaded to say where he parked the money he got by cheating the poor and the lower middle class of West Bengal.

That, however, might open up a can of worms; it is widely believed that many election campaigns were conducted with offerings from non-banking financial companies ('NBFCs' in bureaucratic jargon).

A rumour alleges that the last assembly election in West Bengal was won thanks to the wizardry of people who possessed the gift of conjuring gold from thin air. But this is, as yet, unsubstantiated, and we need not, until proven, examine charges of alchemy.

Rumours aside, what we do have is a 22-page letter penned by Sudipta Sen while he was still on the run, and addressed to the Central Bureau of Investigation. It names several politicians, or those close to politicians, who, Sen alleges, had dealings with the Saradha Group. They were, according to the letter, not just willing partners of the Saradha Group, but actually forced themselves upon Sudipta Sen.

There is no real reason to believe Sudipta Sen; the man is, as Trinamool Congress spokespersons remind us at every opportunity, a habitual liar. But some of his allegations do not sound incorrect.

In September 2011 Somen Mitra, a Trinamool Congress MP, sent a letter to Prime Minister Manmohan Singh, complaining about such NBFCs. 'These chit funds are collecting deposits mostly from the guileless rural and semi urban public, unrestrained by any regulatory administrative mechanism, luring them with promise of sky-high returns,' adding that these operations even enjoyed the 'patronage of politicians who have even helped some chit fund owners to enter the illustrious House of Parliament.'

The current incumbent at the Union ministry of corporate affairs is Sachin Pilot. On April 25, the ministry ordered a probe into the affairs of the Saradha Group.

Would it not be useful if the ministry asked itself how it handled Sadhan Pande's warning? Or how the Prime Minister's Office dealt with Somen Mitra's letter?

But the most curious behaviour came from a Congressman, Abu Hasem Khan Choudhury, the sitting Lok Sabha MP for Malda Dakshin and currently the Union minister of state for health.

In September 2011 he wrote to the prime minister alerting him to the dangers posed by the Saradha Group chit fund; on March 15, 2012 -- The ides of March! -- he wrote a second letter, reversing his stance, and praising Sudipta Sen and the Saradha Group.

How does the Congress explain this U-turn?

What will be the political fallout? Local body elections are scheduled for West Bengal soon enough, so we will know for sure. The consensus is that the Saradha Group scam will hit the Trinamool Congress because it affects its largest vote bank, the lower middle class and the poor, not just in cities, but in the rural areas too.

Looking beyond West Bengal, is it not time to bring all the chit funds under some kind of supervisory authority? At the moment nobody knows if they are regulated by the Union ministry of corporate affairs in Delhi or by the government of West Bengal from Kolkata. Amid the confusion people are classifying all 'chit funds' as 'cheat funds'.

There are good chit funds as well as scamsters like the Saradha Group. The Kerala State Financial Enterprise, for instance, was created by the government of Kerala on November 6, 1969 to 'save the public from the clutches of unscrupulous fly-by-night chit fund operators.' There are reputed private operators too, including the Shriram Group (founded as a chit fund business in 1974) and Margadarsi (part of the Ramoji Group).

But all of them, whether public sector or private operations, need to be regulated.

Investigate the Saradha Group, run down the funds it collected, punish the politicians who dealt with it, and protect the interests of the poor investors. But also raise safeguards to ensure that this kind of filthy scheme never happens again.

And, which touches my fellow journalists the most, ensure that this unholy nexus between unscrupulous businessmen, ambitious politicians, and unquestioning reporters -- the cocktail that ensured Sudipta Sen's success -- is never again created.

'Saradha' is another name for the goddess of wisdom. May she answer the many questions that remain unanswered! 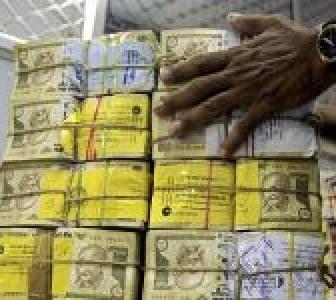 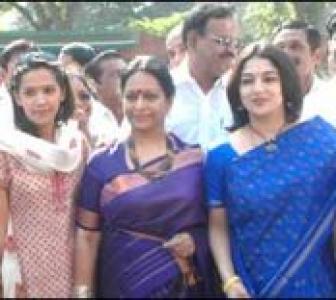 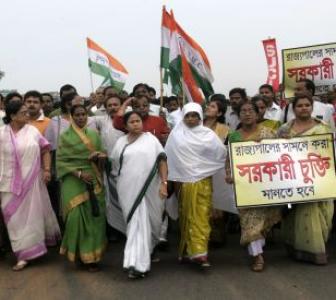