Why many Hindu students study in Bihar's madrasas

Sanjay Kumar, Anjali Raj, Balakrishna Sah, Sanam Kumari are all Hindus, but who share one other thing in common: all of them have secured top ranks in Class X (Fauquania) and XII (Maulvi) examinations conducted by the Bihar Madrassa Education Board this year.

"Anjali got 805 marks in the non-Muslim category, while another girl, Nasra Khatoon, got 896 marks to secure the first rank in exam in the Muslim category. Anjali's performance is amazing," said Bihar Madrassa Education Board's examination controller Mohammed Mustafa.

Maulana Ajaj Ahmad, chairman, Madrassa Education Board of Bihar, told rediff.com that Anjali and Sanjay have made a new beginning.

"Their success shows the rising trend of Hindus girls and boys in madrasa education in Bihar. It is something to be encouraged and promoted," he said.

"Girls, particularly Hindu girls, have been doing better than boys in the Madrassa Board exams for the last few years," he added.

Sanjay, son of a trader from Semri-Man village of Bettiah district, is keen to pursue the Alim degree (graduation level) of the Madrassa Board.

"I have made up my mind. I will encourage other Hindu students to opt for madrasa education, for it is inexpensive and enriching," Sanjay said.

Similarly, Sanam Kumari, a Dalit girl from Bhanachak Darbari Bhagat Tola, which falls under the Manjhauli police station in West Champaran district, who secured the third rank in the Maulvi exam, said she wanted to be an Urdu teacher.

Madrasa Board officials said that non-Muslims, particularly upper caste Brahmins, in Mithilanchal region in north Bihar comprising Darbhanga, Madhubani and Sitamarhi districts, are keen on sending their children to madrasas to learn Arabic and Persian, Islamic traditions and other modern subjects, with an eye on jobs in the Gulf and in embassies of Muslim nations.

The trend began about a decade ago. The madrasas charge a low fee for Class X and XII level examinations, which is proving to be an attractive proposition to Hindus in rural Bihar.

Though the central government began the process of modernising madrasas in 1994, the Bihar government only introduced it in early 2002.

Under the modernisation scheme, the course was revised to keep it in tune with the curriculum prescribed by the Bihar School Examination Board and the Central Board of Secondary Education.

"Now we teach all the modern subjects, including physics, chemistry, mathematics, and social sciences," Ahmad said. "After a few Hindu students passed out from the seminaries, they propagated our humane approach. In fact, we are not teaching anything against any religion or anything anti-national as claimed by some," he added.

Ahmad said that hundreds of Hindu children are studying in madrasas in Bihar, and that the madrasa seminaries attract both the elite and the downtrodden among the Hindus.

The madrasas provide education free of cost, which is especially attractive to the poorest and marginalised sections of the society.

Bihar has over 4,000 madrasas, including over 1,118 state-run Islamic schools. There are 2,459 unaided madrasas and hundreds more operating in many regions.

According to the first-ever status paper brought out by the BSMEB, there are only 32 madrasas for girls under the government-aided category and 576 in the unaided category. 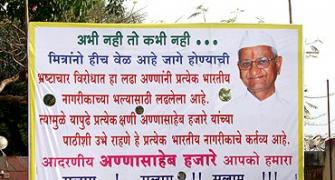 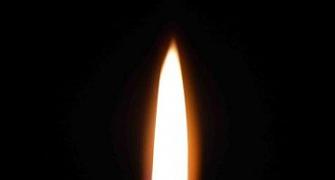 No power to the people: Bihar awaits bijli rani

This madrassa in UP practices yoga