Did the CPI-M and Congress' shrill campaign against 'tainted' officers prompt the Election Commission to respond with alacrity?
Payal Mohanka finds out. 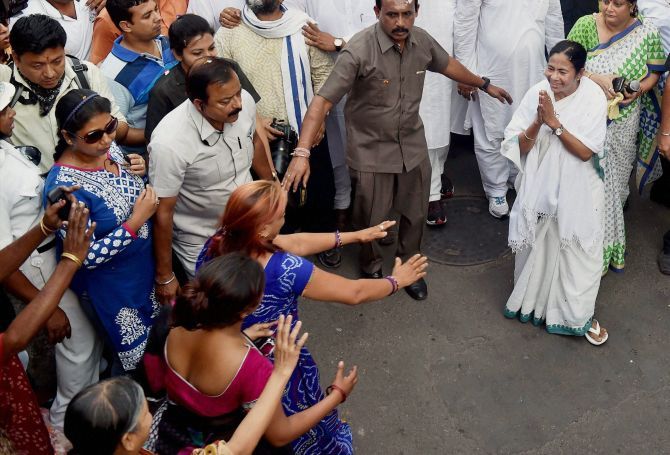 In an unprecedented move, close to 70 heads have rolled in the midst of the ongoing assembly elections in West Bengal.

The Election Commission has found officers from the IAS, IPS and the state civil services ranging from district magistrates, commissioner of police, officers in charge of police stations, block divisional officers, guilty of a bias towards the ruling Trinamool Congress party.

Before Kolkata went to the polls on April 30, the fifth phase, the Election Commission removed five police officers in Kolkata and its neighbouring district of South 24 Parganas on April 26.

Is officialdom in West Bengal working for the ruling party or safeguarding the interests of the people?

Allegations of politicisation of the bureaucracy have disturbed a section of upright officers.

Even the chief secretary, the senior-most bureaucrat in the state, was hauled up by the Election Commission for replying to a letter addressed to the chief minister. The Commission had show caused Chief Minister Mamata Banerjee for violating the Model Code of Conduct.

"The content of the letter was 100 per cent political and not administrative," says a senior officer, speaking on condition that he would not be identified by name for this report.

"The chief secretary had no business to reply, He was rightly pulled up by the EC. The bureaucracy is being seen to be aligned to the chief minister. Public perception of over-faithful officers is giving the services a bad name."

An undesirable trend, without a doubt. But is this a new phenomenon?

In the late 1960s and early 1970s then prime minister Indira Gandhi was accused of politicising the bureaucracy. A senior officer quotes her famous expression, 'committed bureaucracy'. It was believed that an indifferent or neutral bureaucracy could not exist. It needed to be committed to the development goals of the government in power.

"What is happening in Bengal today may be unprecedented as the EC is transferring officials on a massive scale, but we are all familiar with overzealous bureaucrats toeing the line of the government. This is a pan India phenomenon," points out a bureaucrat, citing the examples of Punjab and Tamil Nadu in the last elections.

When new governments were sworn in, both states witnessed large-scale changes in the bureaucracy as the new government did not have confidence in the existing bureaucrats.

"I don't think bureaucrats are that politicised. I have been at the receiving end of this in 2014," says a bureaucrat who was transferred during the 2014 Lok Sabha election.

"I don't think I was overly aligned to any party and neither did the ruling party instruct me to do anything," the bureaucrat adds, "but I was still pulled out of my post and sent on election duty in Uttar Pradesh. It is often a matter of perception."

Is it just perception? Why has the Election Commission in a never before fashion initiated transfers on a massive scale in the midst of the current election process?

Is it because for the first time the Communist Party of India-Marxist and the Congress have come together in an electoral alliance and their united shrill campaign against 'tainted' officers prompted the Election Commission to respond with alacrity?

"After the third phase of the elections in Bengal," says a political observer, "the CPI-M and Congress together asked for the removal of the chief electoral officer. This was a poor reflection on the EC itself. To save its credibility the EC had to act. This resulted in an unprecedented rolling of heads while the election process is still on in the state."

Will the Election Commission achieve anything by removing close to 70 officers from their posts?

The electoral exercise starts three months before the polls. There are thousands of polling officers and electoral officers in each district. Some bureaucrats feel the Election Commission is over-reacting. Granted it wants its image to remain unsullied, but removing senior officers will not achieve much.

However, there is unanimity on the fact that a sharp signal is being sent out to every polling officer in the districts: No one is above the law and officers have to be neutral to ensure free and fair elections in the state.

It is also being pointed out that transfers by themselves are not a deterrent. Offenders need to be penalised or demoted. A bureaucrat removed during the 2014 Lok Sabha election has been transferred during these elections too following complaints of bias towards the ruling party. Larger electoral reforms are needed to deal with 'habitual offenders.'

The election machinery is bracing itself for polls in the last two phases of elections on April 30 and May 5.

Once the elections are over, the power of posting returns to the state. Will Bengal witness an absurd drama as the system ensures the return of 'loyal' officers who had been transferred out by the Election Commission? These officers would once again embark on a journey of sworn allegiance to the ruling party.

IMAGE: West Bengal Chief Minister Mamata Banerjee on a road show in Bhawanipore constituency from where she is contesting the assembly election. Photograph: Swapan Mahapatra/PTI Photo 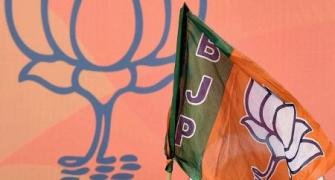 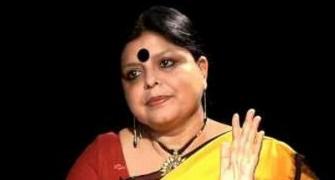 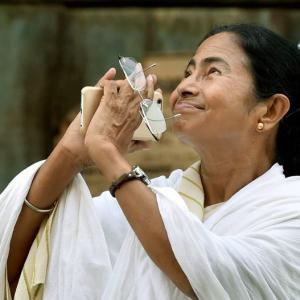