Why BJP believes it will win the Delhi polls 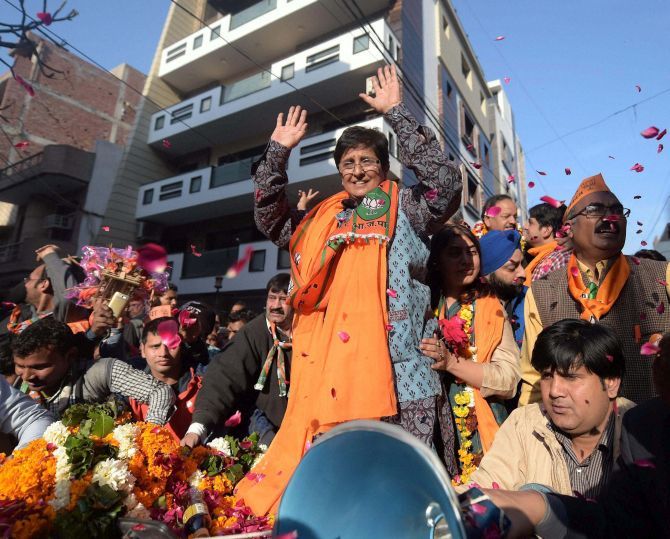 Unfavourable opinion polls and voluble support on the ground for the Aam Aadmi Party notwithstanding, the Bharatiya Janata Party  is convinced it will win Delhi. Here is why:

Delhi added a little over a million votes since the 2013 assembly polls, increasing from 11.9 million to 13 million -- an average addition of 14,000 votes in each of Delhi’s 70 assembly constituencies. This was nearly equal to the increase between the five years period of 2008 to 2013. The size of Delhi electorate in 2008 was 10.7 million. The largest number of these voters were added between the 2013 Delhi assembly polls held in December that year and the 2014 Lok Sabha elections. Delhi voted for Lok Sabha on April 10, size of its electorate then was 12.7 million.

This is just one of several factors that opinion polls that predict a runaway victory for AAP have failed to capture in their surveys, BJP and Rashtriya Swayamsevak Sangh strategists believe.

A Delhi-based RSS leader claimed how the Sangh had helped with voter enrolment across India in the run-up to the Lok Sabha elections as part of its ‘100 per cent polling’ campaign.

For full coverage on the Delhi polls, click HERE

”These are young voters who weren’t part of the 2013 assembly polls. They will keep their faith with Prime Minister Narendra Modi’s vision of development,” BJP strategist Sanjay Kaul said.

In addition, the choice of Kiran Bedi as the party’s chief ministerial candidate will make women vote for BJP. Women had voted for AAP in large numbers in 2013.

BJP spokesperson GVL Narasimha Rao, a former psephologist, claimed the opinion polls that predict a runaway AAP victory were based on small sample sizes and suffered a ‘low-income bias’.

“Conducting any kind of survey in cities like Mumbai or Delhi is a ‘tricky’ business. These polls have a low-income bias. It is easier for surveyors to interview people from lower economic strata than from middle class or aspirational classes,” Rao said.

He said an AAP supporter is more voluble and visible compared to a BJP supporter, and therefore easier to interview.

The BJP has conducted two internal surveys that interviewed over 22,000 people of all economic and social strata. The poll, sources said, was conducted earlier this week and has predicted 42 to 46 seats for the party. Party insiders confess it to have been a ‘see-saw’ election, but are confident of crossing the majority mark of 36 seats. The RSS also believes the fight has become too close, and blames the BJP Delhi unit for its indiscipline and infighting. Win or lose, the party unit in Delhi is likely to witness large-scale changes post elections.

RSS volunteers have concluded their first round of griha sampark or door to door contact and are now focused on booth level management, helping BJP panna pramukhs reach out to supporters on the polling day. The message is to ensure 100 per cent polling of BJP/RSS votes. They also ask people to imagine how difficult their lives could get in terms of water and power supply by electing a chief minister like Arvind Kejriwal who was likely to confront the central government at every turn.

“What gives us confidence is the fact that most AAP volunteers that you see on the road are from other states, not from Delhi,” the RSS office bearer said. RSS has also pushed a lakh of its volunteers from across India into poll campaigning. The specter of a government that will weaken “India’s first nationalist government” is also a message being relayed to supporters. The contest will be unique in each of the 70-seats and isn’t just about cumulative vote shares, the RSS leader said. However, the BJP and RSS are nervous about the Congress getting totally decimated and its vote shifting to AAP.

“In the end, what will count is our organisational strength. Whether we are able to pull out our voters on the polling day or not,” said a BJP leader. The problem with that is that committed voters tend to sit at home if they believe the verdict was likely to be adverse. AAP has succeeded in creating an atmosphere that it’s on the upswing. 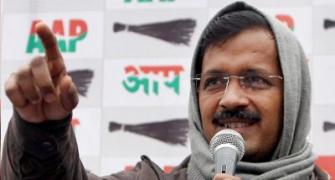 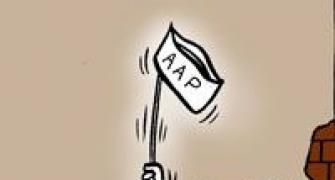 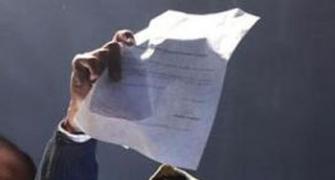 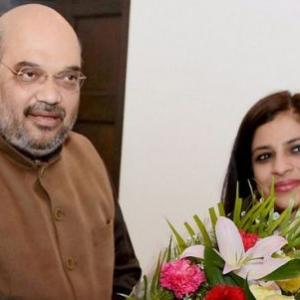 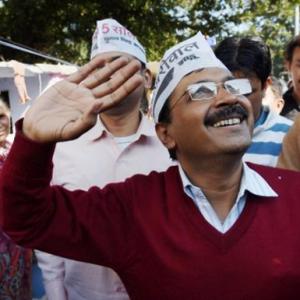 Kejriwal to visit temples to pray for aam aadmi's victory