News
Business
Movies
Sports
Cricket
Get Ahead
Money Tips
Shopping
Sign in  |  Create a Rediffmail account
Rediff.com  » News » Why are we tapping phones in a free country, asks Farooq Abdullah

Why are we tapping phones in a free country, asks Farooq Abdullah

By A Correspondent
December 01, 2010 14:55 IST
Union minister for new and renewable energy Farooq Abdullah came out strongly against tapping of phones, over the leak of tapes involving corporate heads, lobbyists and media personalities on Tuesday. "We are a free country. Why are you tapping phones? If you tap mine, I could be talking to my girlfriend. How does it help tapping phones," he asked, referring to the row over the leaks of tapes in the wake of the 2G Spectrum controversy.

Abdullah spoke at a function in New Delhi after releasing Marumalarchi Dravida Munnetra Kazhagam leader Vaiko's book on United States President Barack Obama, titled Yes: We Can - The history of emancipation of blacks.

Abdullah also made it clear that he didn't buy the argument of the government that sporadic tapping was necessary to track money launderers. "Hawala operators are all over the country. I don't think you have caught them by tapping," he said, echoing Union agriculture minister Sharad Pawar's views over the tapes leak.

On Tuesday, Pawar said the government should take note of industrialist Ratan Tata's statement that India risked turning into a 'banana republic' by leaks of tapes.

Both the leaders had earlier raised concern over the row at a meeting of United Progressive Alliance allies.

The book release function was also attended by National Democratic Alliance leaders Yashwant Sinha and Punjab's deputy chief minister Sukhbir Singh Badal and former Haryana chief minister Om Prakash Chautala. Vaiko's book release function was timed to give an image makeover for the MDMK leader who is known outside Tamil Nadu only for espousing the cause of Sri Lankan Tamils.

"If you think of Vaiko, it is now but natural to attach Sri Lankan Tamils to his name," said Sinha.

Vaiko wrote the book in Tamil before Obama became US president and had even presented him a copy in Chicago in July 2008.

Sinha said the book should be read by the Americans first as it detailed the journey of the blacks.
A Correspondent in New Delhi
Related News: Vaiko, Farooq Abdullah, Sharad Pawar, Sinha, Anna Dravida Munnetra Kazhagam
SHARE THIS STORY
Print this article
View: Niira Radia did no wrong
2G scam: Why Dr Singh's credibility is at stake
Dr Singh faces tough questions over 2G scam 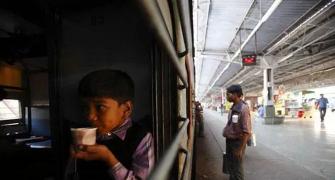 How to tell if your phone is being tapped