Mahsa Amini, a 22-year-old woman, died after being detained by Iran's morality police.

Mahsa was on a visit to Tehran with her family when she was detained by the police unit that enforces the strict dress code obligatory for Iranian women.

Her death in police custody has resulted in protests in several parts of Iran against the morality police.

The protests are the most severe in the Islamic republic after the 2019 upsurge in which an estimated 1,500 Iranians are said to have died in clashes with the security forces. 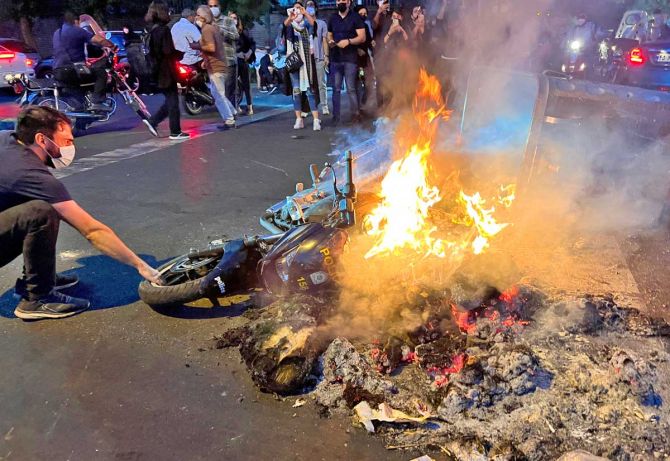 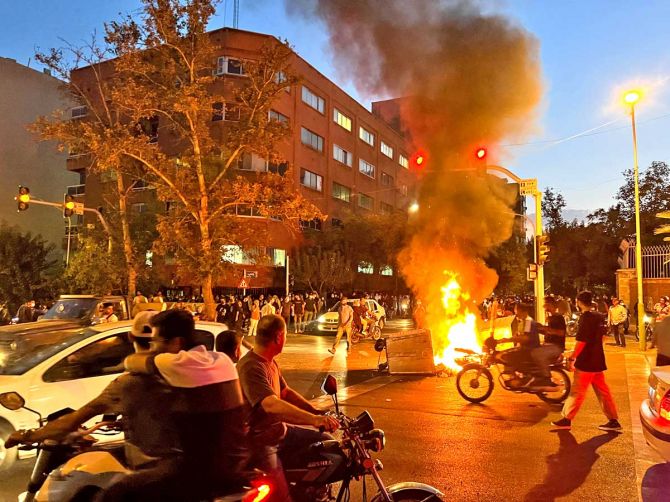 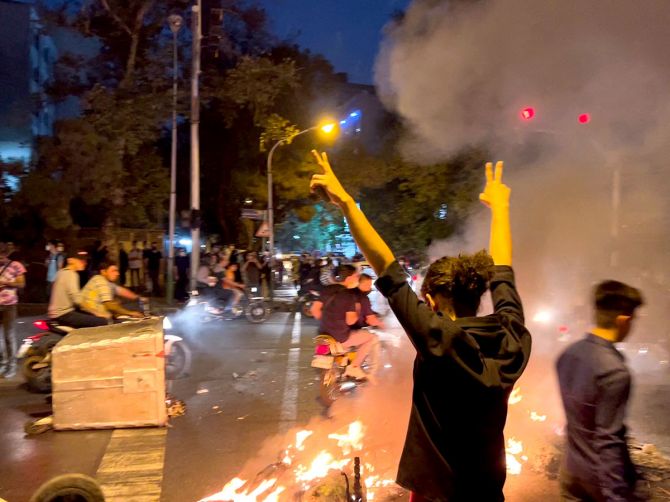 IMAGE: A man gestures during the protest. 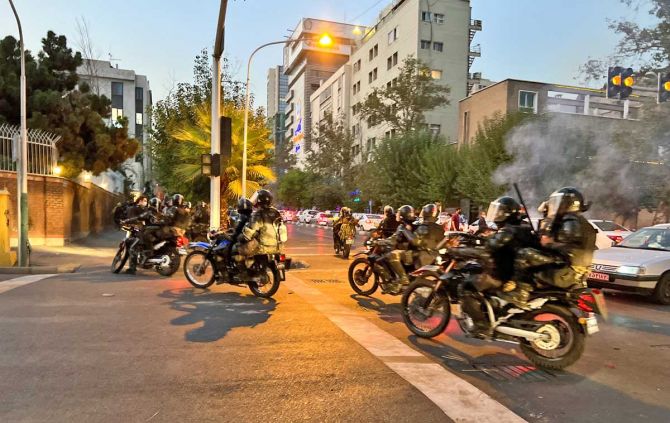 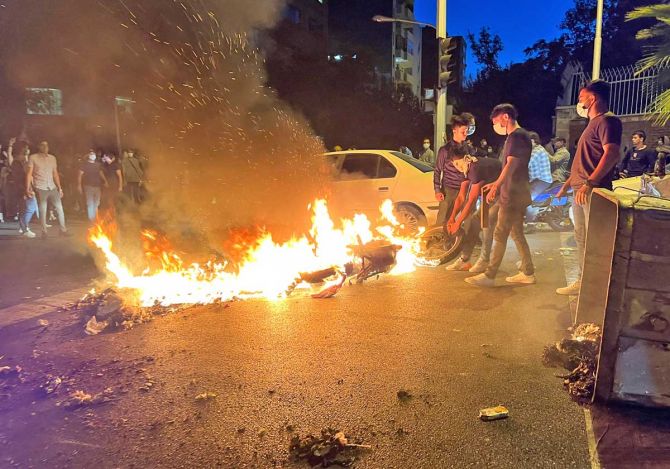 IMAGE: Since 1979's Islamic revolution in Iran, headscarves are compulsory for women and the morality police enforces the strict dress code. 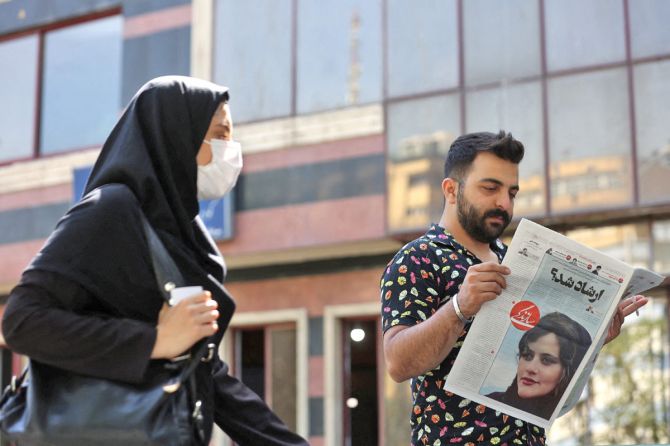 IMAGE: A man views a newspaper with a front page photograph of Mahsa Amini. 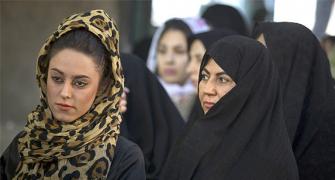 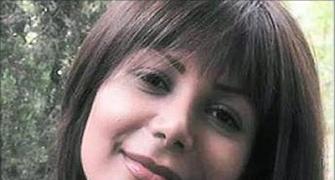 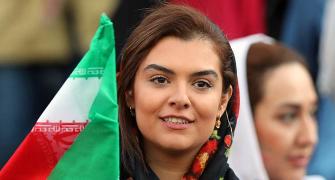 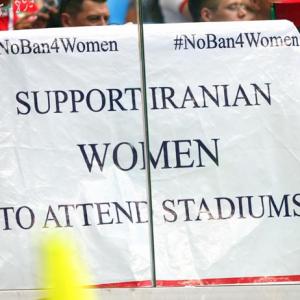 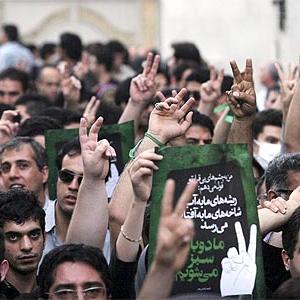