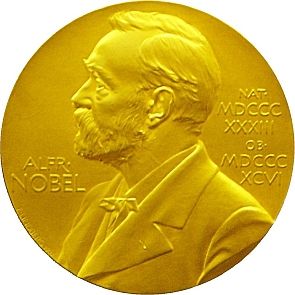 Science in India has developed a great deal since C V Raman, particularly after the country gained Independence but we are yet to win a Nobel prize in physics, chemistry or medicine. Is it a reflection on the quality of Indian science? Or it has to do with the politics of Nobel prizes, as is often believed, asks Dinesh C Sharma.

This is the time when scientific community across the world, including in India, eagerly awaits announcements from the Nobel committee. Usually there is an air of excitement in the air because names of winners are kept under wraps and at times there are surprises. One question uppermost in the minds of many Indians, however, is this: why an Indian hasn’t been able to win a Nobel prize for science after Independence?

The first and the last Nobel prize won by an Indian scientist for prize-winning work done in India remains Sir Chandrasekhara Venkat Raman, who won the 1930 Nobel Prize in Physics for discovery of the Raman Effect on scattering of light. Of course, three more Indians -- Hargobind Khorana, Subrahmanyan Chandrasekhar and Venkatraman Ramakrishanan have won science Nobels after Raman, but all of them did their prize winning work outside India or were naturalised citizens of America at the time of winning the prize.

India was also host nation to Sir Ronald Ross who did his research on transmission of malaria while working in Hyderabad, which got him the 1902 Nobel Prize in medicine.

Science in India has developed a great deal since Raman, particularly after the country gained Independence but we are yet to win a Nobel prize in physics, chemistry or medicine. Is it a reflection on the quality of Indian science? Or it has to do with the politics of Nobel prizes, as is often believed?

The answer is somewhere in between. Yes, the quality of scientific research has a lot do with it but so is the politics to blame for the failure (or inability) of Indian scientists to make the Nobel mark.

“There are several reasons that are germane. Indian scientists lack political, cultural, and social capital in the Western world. As a result, they lack visibility and peer recognition, which is key to Nobel recognition. Many a times even though intellectual contribution of Indian scientists have been ‘original’ and ‘pioneering’ in nature, but the ‘ownership’ and ‘credit’ for their contributions have been denied to them,” noted Dr Chandra K Mittal, biotechnology professor based in Houston, Texas.

In 1998, the medicine Nobel was awarded for the discovery of the nitric oxide signalling system. The work was done jointly by Mittal and Ferid Murad but the Nobel committee chose to recognise only Murad. The discovery-related scientific papers were jointly authored by Murad and Mittal.

The Nobel Foundation Charter is clear about basic attributes of a Nobel Prize. For instance in medicine or physiology, the prize should go to pioneering discovery of a novel molecule/phenomena/process in biological/physiological system with wide implications for health and disease. “Yet there is definite politics and subversion of truth in the award process. Connections and friendships do play a role. One of the Nobel Laureates told me about a particular Nobel recognition where the committee members kept one scientist out for personal bias and picked up another scientist for the prize even though he had not made original discovery in the ‘field of recognition,” Mittal recalled.

Another celebrated Indian-American physicist E C G Sudarshan too has aired similar views in the past. He has been denied the prize though leading scientists have nominated him at least six times. In the 1950s, Homi Bhabha did not get the Nobel recognition though he was nominated by his international peers for as many as four times for the physics prize for his work on cosmic radiation.

Controversies and conspiracy theories apart, lack of Nobel recognition for Indian scientists also has a lot to do with the quality and standard of research, which in turn, is connected to the way science has developed in India after Raman particularly in the post-Independence era.

In Nobel-winning countries like America, the best science still happens in universities which support basic research, collaborative work, inter-disciplinary thinking as well as innovation. Scientific discoveries from universities are then converted into technology, patents, products and ultimately wealth.

In India too, scientific research used to be clustered in universities in the pre-independence era. Like Raman, all great Indian scientists -- Jagadish Chandra Bose, Prafulla Chandra Ray, Srinivas Ramanujan, Birbal Shani, S K Mitra, Meghnath Saha, S N Bose -- worked in universities or private institutes such as the Bose Institute, Saha Institute and the Indian Association for the Cultivation of Science. Scientific research was concentrated in research groups headed by pioneering scientists in these universities.

The development of science after the independence took a decisive turn with the formation of clusters of national labs under individual scientists like Bhabha, S S Bhatnagar and P C Mahalanobnis. The conglomerates like the Council of Scientific and Industrial Research, Defence Research and Development Organisation and the Department of Atomic Energy flourished with fervour.

These scientific behemoths, founded by top scientists close to Jawaharlal Nehru, got most government funding and political patronage in free India. As a result, universities -- which were cradle of basic research and nurtured talent in pre-independence period -- were starved of funds and they slowly lost their sheen with some exceptions.

Unless India corrects this historical imbalance between universities and national labs, and nurtures universities as centres of research and open learning, it cannot hope to make it big in fundamental science. The process of reviving scientific research in universities has begun but it is slow and tortuous. India has already lost much ground to China in terms of scientific publications.

We need to endow universities generously, make them attractive for scientist-teachers and build linkages between universities and national labs. We will have to attract and retain talent in science and research.

In order to create an atmosphere that promotes research, collaboration and innovation, India needs to cut the red tape in universities as well as research institutes.

This recognition is there at the highest level in the government, as reflected in this comment of Prime Minister Manmohan Singh made in 2010: “It is unfortunately true that red tape, political interference and lack of proper recognition of good work have all contributed to a regression in Indian science in some sectors from the days of Raman.”

Dinesh C Sharma is a science journalist and author based in New Delhi. 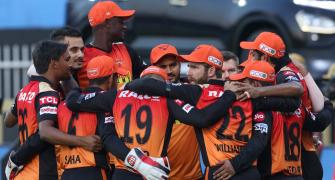 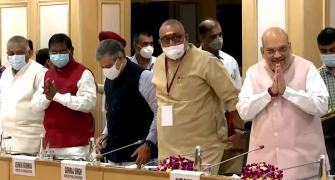 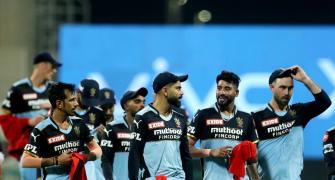 RCB vs MI: Who Will Win?

Govt has no interest in acquiring any telco: VIL CEO