The Bihar elections are finally here in the midst of the raging COVID-19 pandemic.

Bihar will vote for the 243-member assembly in three phases -- October 28, November 3 and November 7.

Counting will be held on November 10. 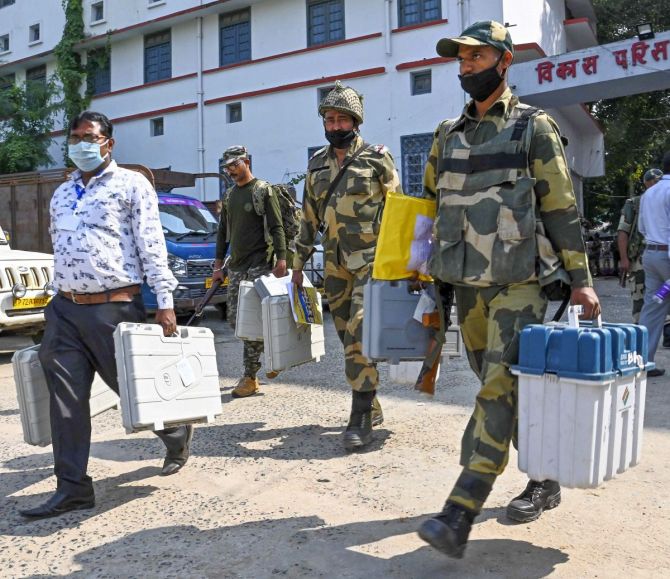 IMAGE: Security personnel carrying electronic voting machines on their way to a polling booth on the eve of the first phase of the Bihar assembly elections in Gaya district. Photograph: PTI Photo

In 2015, the JD-U was in alliance with the RJD and the Congress and defeated the BJP quite comfortably.

This time around, the JD-U is back in the National Democratic Alliance and looking promising to win the elections.

Rediff Labs analysed the 2015 assembly election results to develop a Sentiment Meter for the 2020 battle in Bihar.