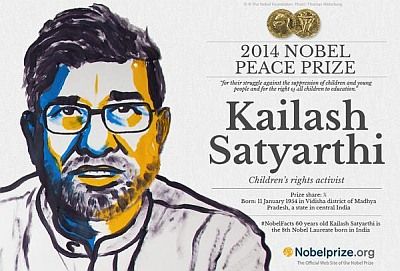 The life and work of Satyarthi is synonymous to the never-ending crusade against child slavery.

Born in 1954 in Vidisha district of Madhya Pradesh, he has a degree in electrical engineering and a post-graduate diploma in high-voltage engineering.

While teaching as a professor in a college in Bhopal, Satyarthi decided to work more actively for social change.

Along with a set of friends, he founded Bachpan Bachao Andolan in 1980, which symbolizes the struggle against child labour and child servitude.

The organization is also the initiator of the first regional South Asian people’s movement, the South Asian Coalition on Child Servitude, a conglomeration of more than 750 civil society organizations.

His early attempts to raid factories employing child labourers met with hostile reaction from the factory owners and at times the police but the significance of his work was slowly recognised.

Till date, BBA team has led to the rescue and withdrawal of over 77,328 child bonded labourers and developed a successful model for their education and rehabilitation.

He also played an important role in the movement for Right to Education law for free compulsory education to children.

In an interview with rediff.com in 1999, Satyarthi had said: "No country has shown the political will to actually eliminate child labour. Our key argument has been that every child employed deprives a job to an adult. There are around 65 million jobless adults. At the time of Independence,

"Our studies have also found that very often, employers prefer to hire children from a particular family rather than the father or mother because children are paid less and are easier to exploit. Children don't form unions! So it is a vicious circle -- children employed in place of parents."

In 1998, Satyarthi organised the Global March against Child Labour across 103 countries with participation of over 7.2 million people and 20,000 civil society organizations.

As an analytical thinker, Satyarthi has been the pioneer advocate of the now established ‘Triangular paradigm of development’ interlinking child labour elimination and poverty eradication with education for all.

According to Satyarthi, the best solution to end child labour is "to provide primary education and make it compulsory. By forcing children to go to school, you keep them out of factories and workshops. Also, the suggestion that there can be schools and part-time jobs does not work, because almost all the children are employed in the unorganised sector and it is impossible to monitor them to ensure that part-time labour is part-time and does not become full-time."

He has been combating the use of child labour by creating domestic and international consumer resistance to products made by children in bonded labour.

In 1994, he started “Rugmark”, a social labeling programme in which rugs are labelled and certified to be child-labour-free by factories that agree to be regularly inspected.

He has promoted the empowerment of children through the formation of Bal Mitra Grams (Child Friendly Villages).

The concept of ‘Bal Mitra Gram’ is an innovative approach towards total elimination of child labour and universalization of education. 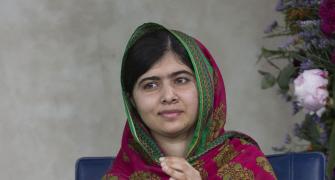 PHOTOS: Young or old... age no bar for THESE Nobel winners 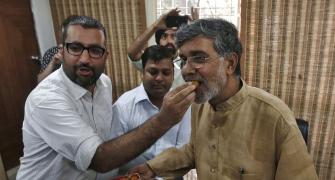 Will work with Malala for peace, says Nobel winner Satyarthi 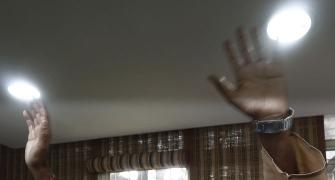 10 things you should know about Nobel winner Satyarthi 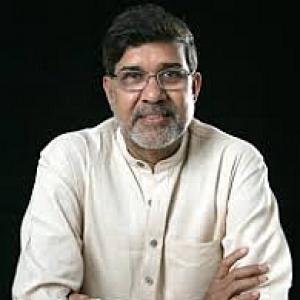