Prime Minister Narendra Damodardas Modi spent Friday in the company of United States President Joe Biden, first at their meeting in the Oval Office at the White House, then at the QUAD Summit. 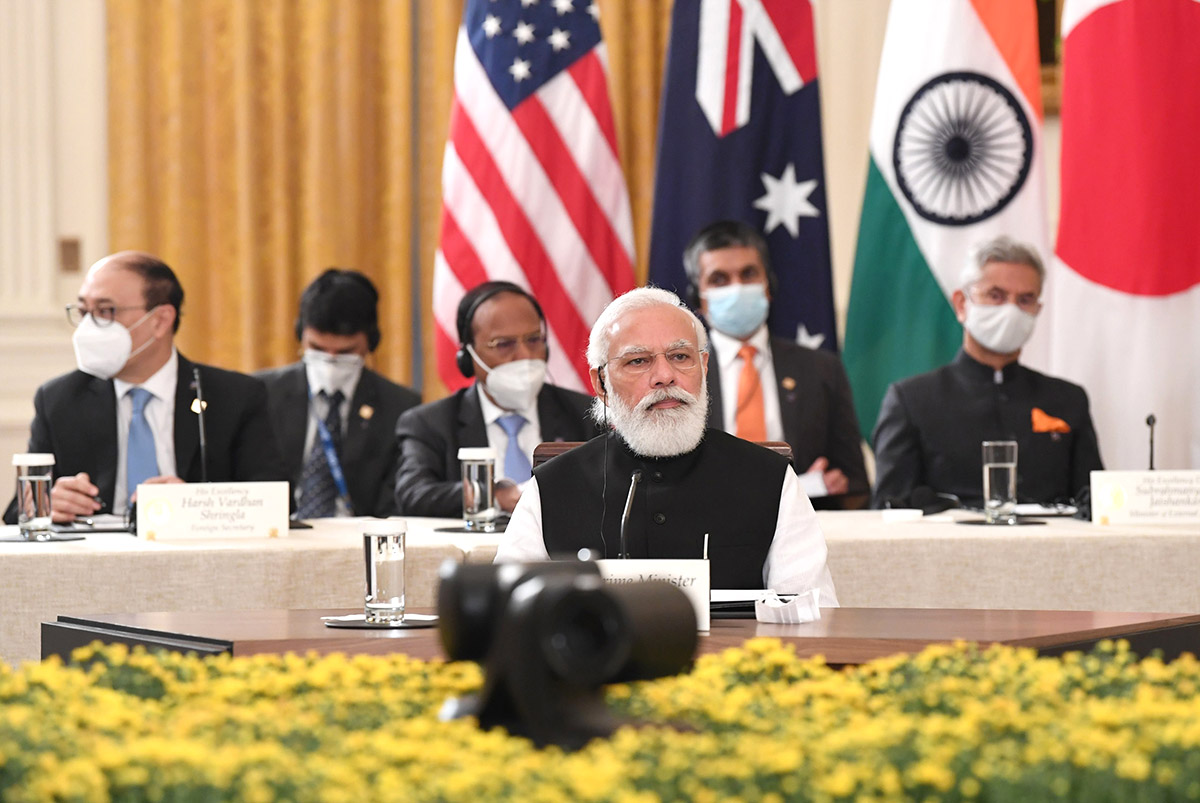 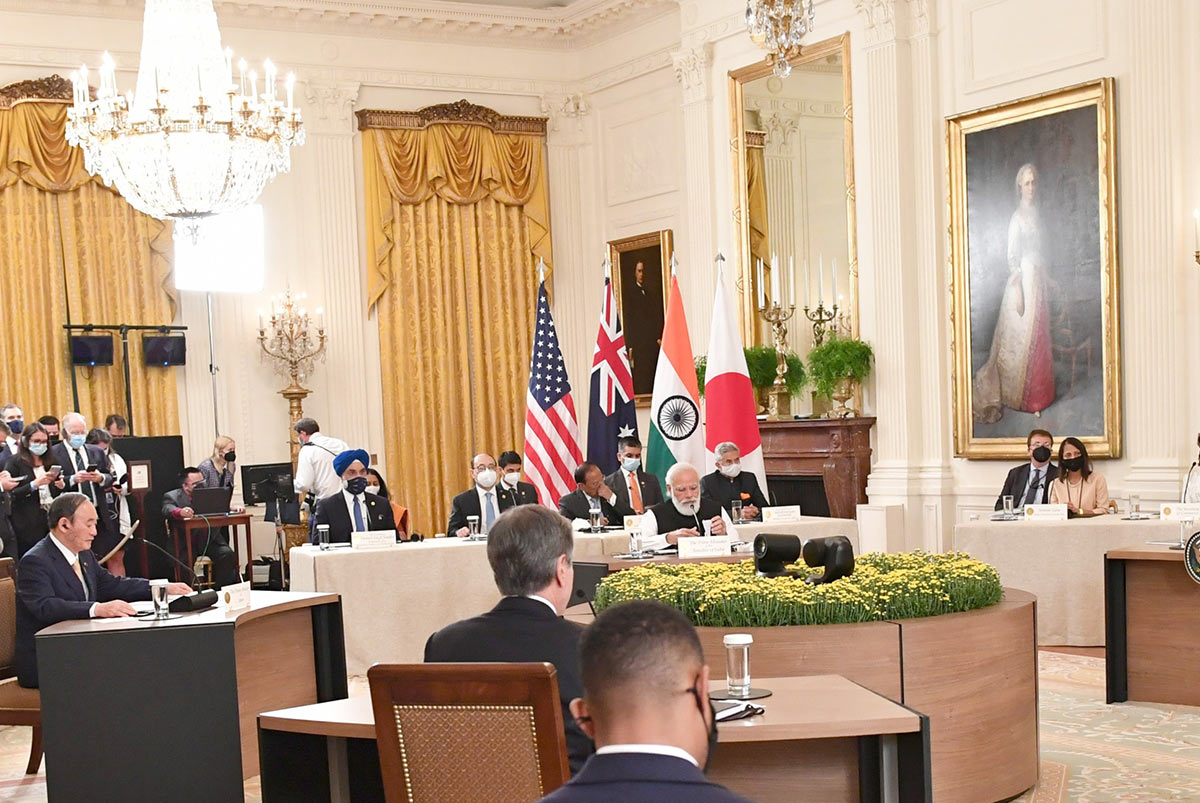 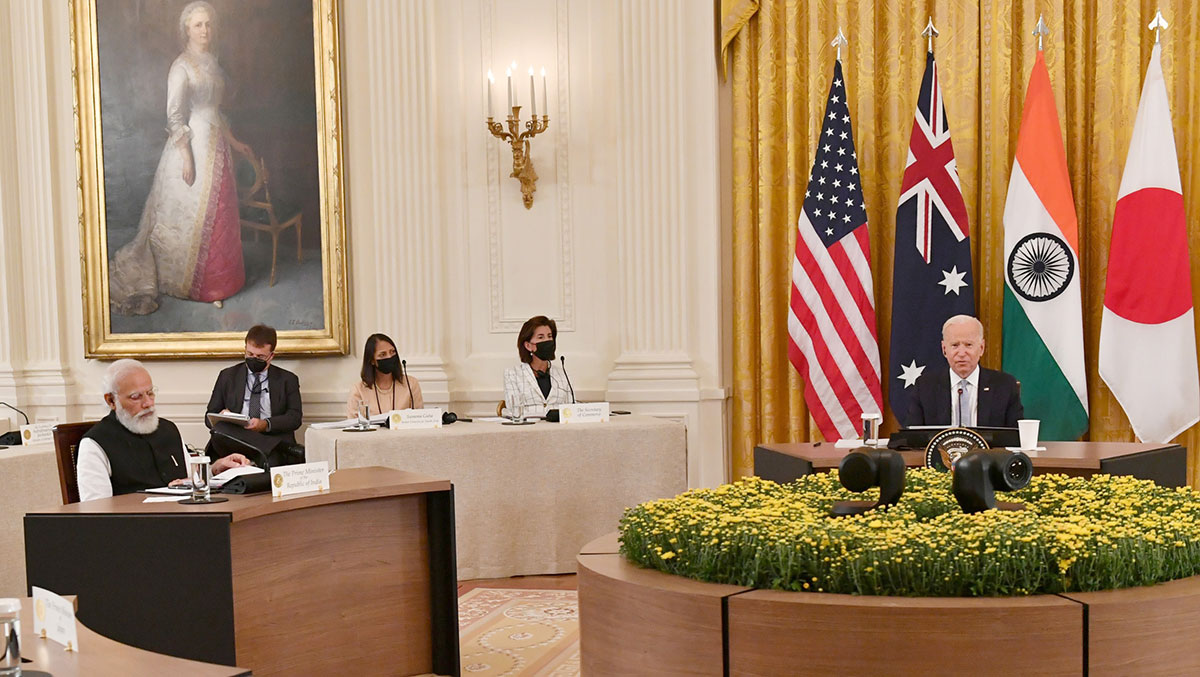 IMAGE: Modi listens to Biden's remarks at the QUAD Summit. 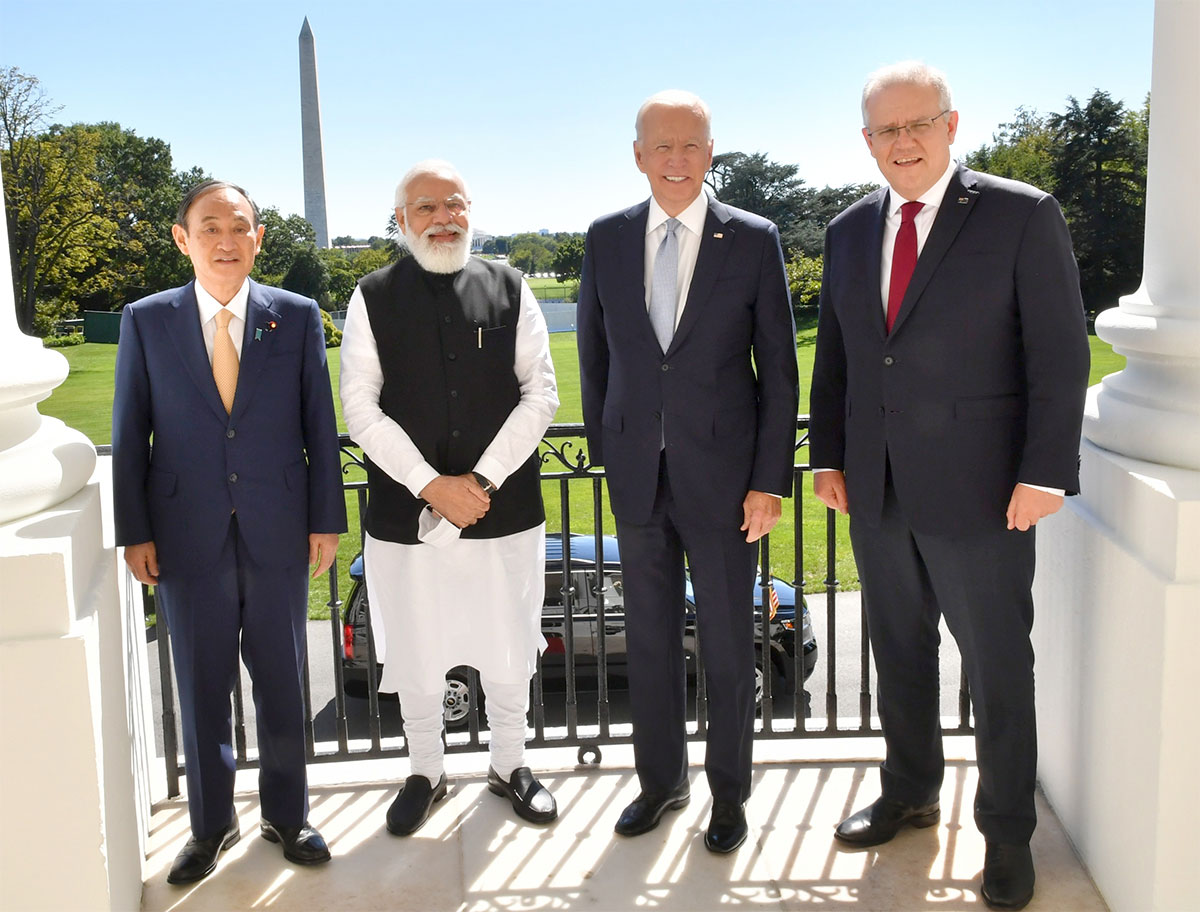 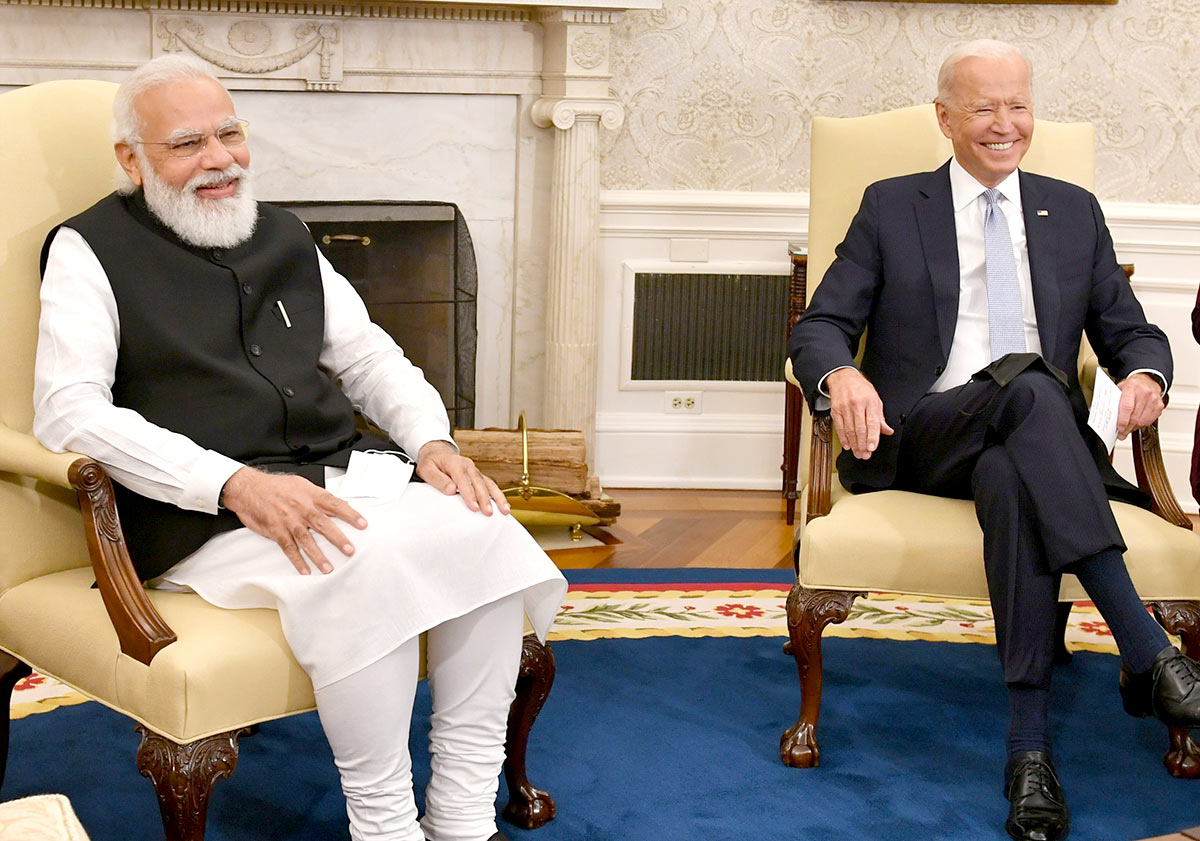 IMAGE: The atmospherics appeared friendly at the Modi-Biden encounter. 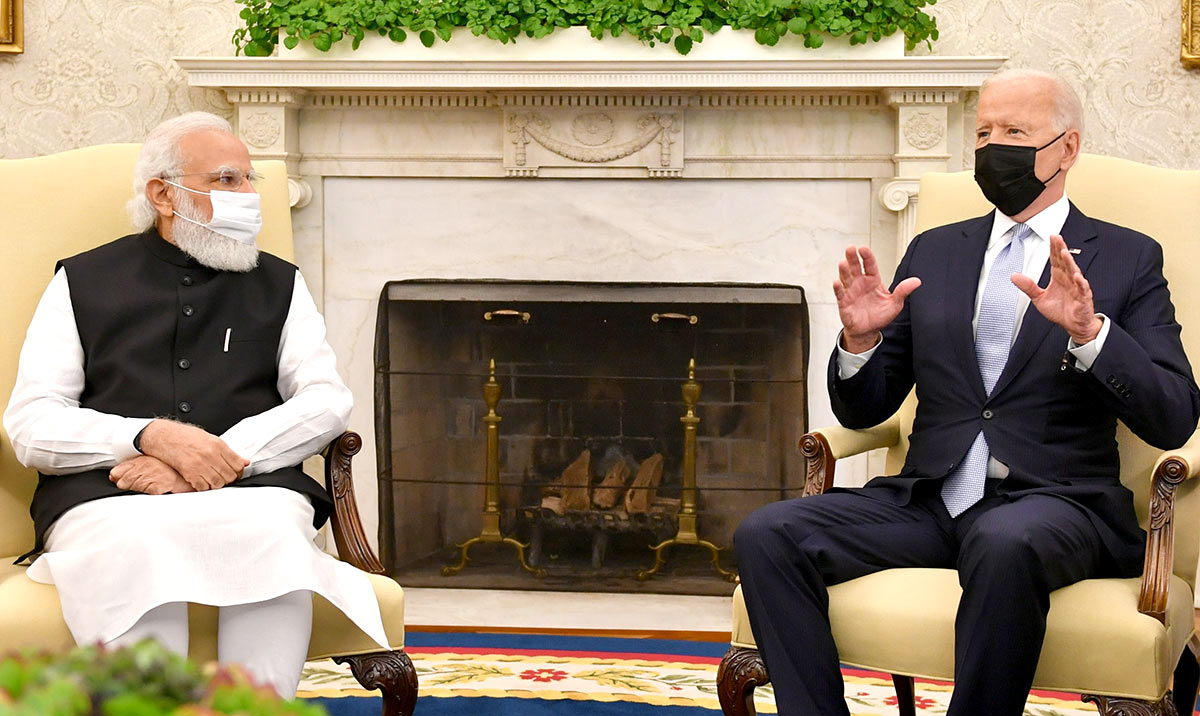 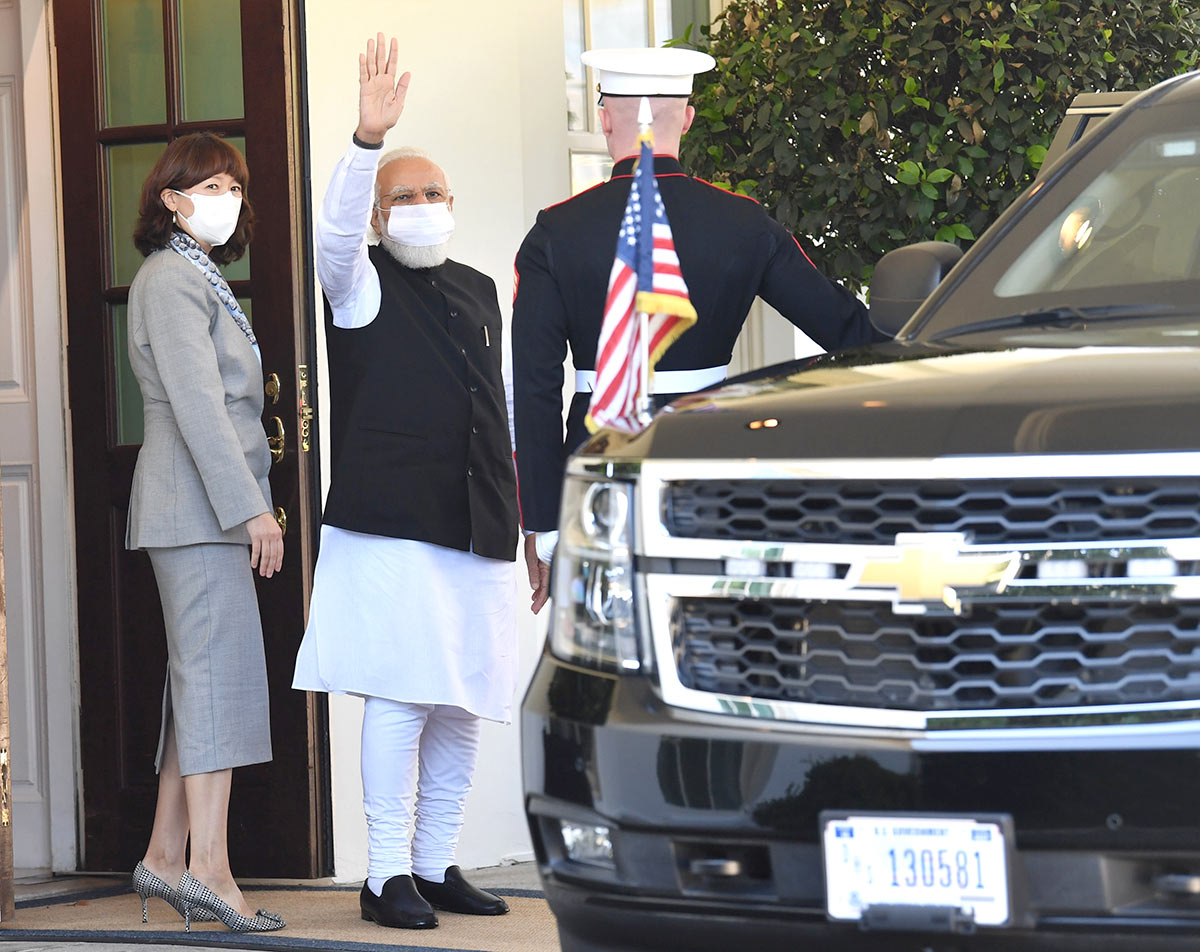 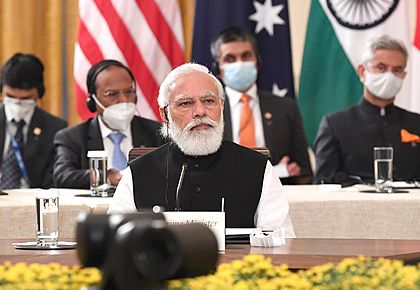 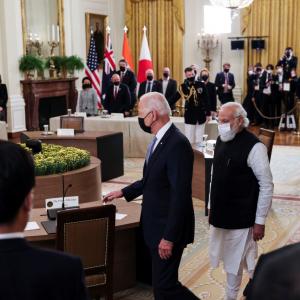