News
Business
Movies
Sports
Cricket
Get Ahead
Money Tips
Shopping
Sign in  |  Create a Rediffmail account
Rediff.com  » News » What the S-400 Triumf will do for India's defence

An S-400 unit located near Delhi for protecting the capital would be able to shoot down Pakistani aircraft even before they cross the border to India, and Chinese aircraft while they were still in Tibetan or Nepalese air space.
Ajai Shukla reports. 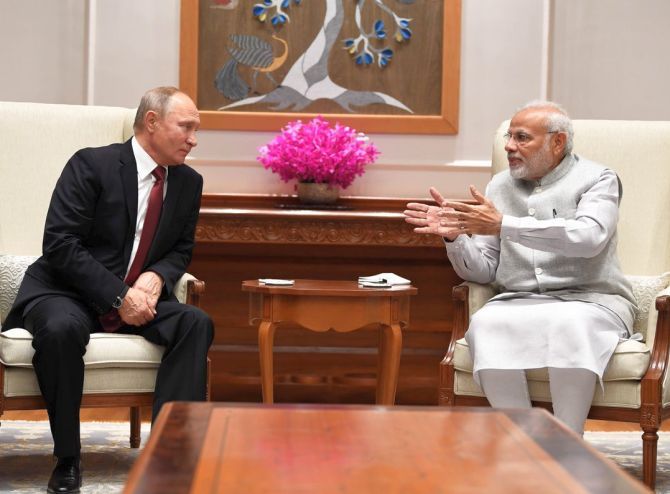 With America having displaced Russia over the preceding decade as India's largest supplier of weaponry, the balance could be restored significantly in the summit meeting between Prime Minister Narendra Damodardas Modi and Russian President Vladimir Putin in New Delhi on Friday, October 5.

Possible announcements relate to the supply of five S-400 Triumf air defence units for the Indian Air Force for some $4.5 billion; four Krivak III-class frigates for the navy for about $2 billion, and a $1.5-billion contract to build 200 Kamov-226T light helicopters in Hindustan Aeronautics with technology transferred from Russian helicopters.

If all this is finalised, Russia would benefit from about $8 billion worth of defence orders.

This would be half of what America has won in a decade.

Standing in the way of Indian purchases from Russia is an American law passed last year -- Countering America's Adversaries Through Sanctions Act or CAATSA.

Passed by the United States Congress to force President Donald J Trump's hand against Russia, CAATSA binds the US administration to impose sanctions against countries that engage in 'significant transactions' with Russian, Iranian and North Korean defence and intelligence entities.

All three contracts in the pipeline with Russia -- the S-400 system, frigates and, to a lesser extent, helicopters -- could potentially be considered 'significant transactions'.

However, after hectic Indian lobbying, Washington has created a path for its president to grant a waiver from CAATSA for close partners like India and Vietnam which have traditionally been dependent on Russian weaponry, and cannot be reasonably expected to break that dependency suddenly.

It remains to be seen whether Trump will invoke a waiver for India.

Defence Minister Nirmala Sitharaman indicated in August that there was a modus vivendi between New Delhi and Washington, stating: 'Both the US secretary of defence and secretary of state have displayed understanding (of Indian interests).'

The S-400 Triumf (NATO designation: SA-21 Growler) is a versatile air defence system that can detect incoming enemy aircraft while they are 600 kilometres away and shoot them down as they approach within 400 kilometres.

An S-400 unit located near Delhi for protecting the capital would be able to shoot down Pakistani aircraft even before they cross the border to India, and Chinese aircraft while they were still in Tibetan or Nepalese air space.

Similarly, an S-400 unit deployed to protect India's petroleum refineries and dock infrastructure around Haldia, in Gujarat, would be able to engage Pakistani fighters as soon as they took off from Karachi. 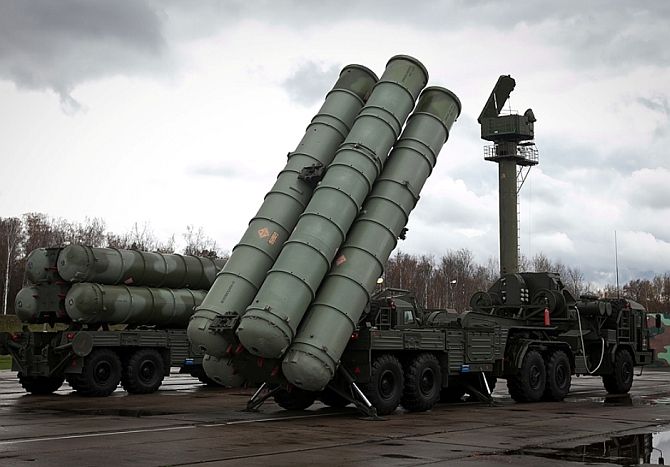 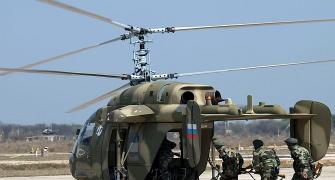 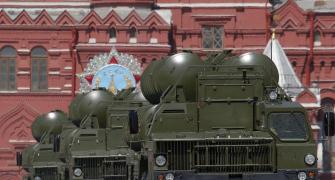 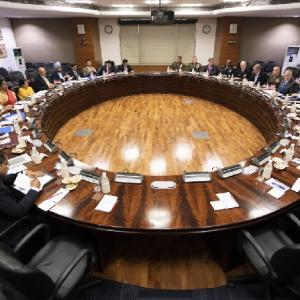 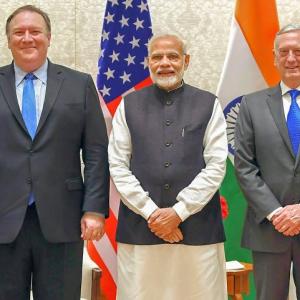