News
Business
Movies
Sports
Cricket
Get Ahead
Money Tips
Shopping
Sign in  |  Create a Rediffmail account
Rediff.com  » News » What's being 'foreign' got to do with healthcare, Mr Cain?

What's being 'foreign' got to do with healthcare, Mr Cain? 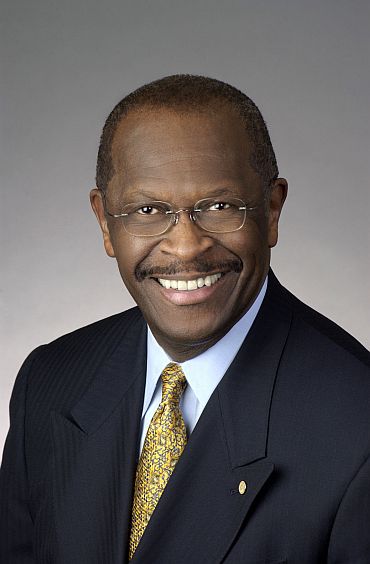 AAPI pilloried Cain -- the former chairman and CEO of Godfather's Pizza and erstwhile president of the National Restaurant Owners Association -- for implying that he would not see a physician whose name sounded "too foreign" or practiced a different religion from his.

"It doesn't matter to a physician what race, religion or creed their patient belongs to. All they care about is providing the best health care possible to them. Similarly, our patients don't care about our race and religion. What they want is the highest quality health care from the best doctor of their choice," she said.

Last week during remarks made in Orlando, Cain noted that while he was receiving treatment for cancer, he was concerned that one of the surgeons working with him in the chemotherapy process was named Dr Abdallah. He told a physician's assistant that the name sounded "too foreign." He then expressed relief when he was told that the physician was a Christian from Lebanon, and not Muslim.

She said, "AAPI members come from all walks of life, from every part of India and represent every major religious group -- Hindus, Muslims, Christians, Sikhs, Jains and Jews. We also have names like Patel, Shah and other names that may not sound that American to Cain, but we are in fact proud to be American and proud that we are the largest ethnic association of physicians in the United States."

Cain, who was the GOP presidential front-runner till a few weeks ago when several women came forward and alleged that he had sexually harassed them while he was president of the NROA has dramatically fallen in the polls since then.

His plummeting poll numbers were further compounded when he had a veritable brain freeze in an interview when asked what he thought about President Obama's policy on Libya and kept staring into space for several minutes.

Ever since, he has been ridiculed by late-night talk-show comedians like Jay Leno, who quipped that the "pizza guy is now toast!"

"The folks who are most likely to be committing these crimes," replied Santorum. "Obviously Muslims would be someone you'd look at, absolutely."

CAIR National Legislative Director Corey Saylor said: "Last night, Rick Santorum casually tossed aside every American's constitutional right to equal protection under the law in favor of discriminatory profiling of Muslims. Santorum's obvious lack of appreciation for the Constitution and for the rejection of profiling by top law enforcement experts raises reasonable questions about his ability to lead our multi-faith nation."

"It is time for all Republican presidential candidates to reject Islamophobic rhetoric. Just as past candidates have learned the folly of targeting other religious or ethnic minorities, serious presidential hopefuls must reject the use anti-Muslim smears and the exploitation of Islamophobia for cheap political gain," he said. Who is to blame for America's financial mess?