Rahul Gandhi stressed the importance of an electoral understanding in UP if the BJP is to be defeated in the Lok Sabha polls.
Archis Mohan reports. 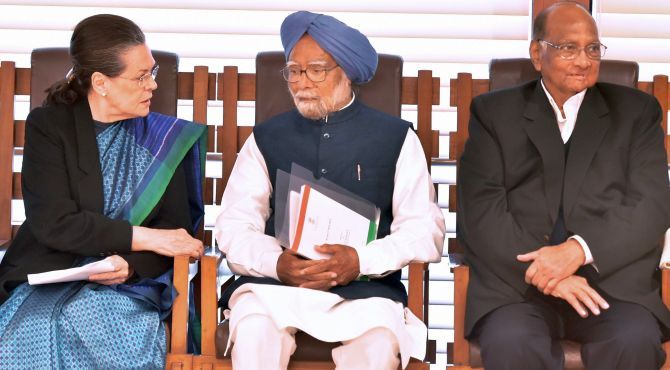 The highlights of Thursday evening's meeting of the Opposition parties were leaders getting a master class from former prime minister Manmohan Singh on the 'fiscal indiscipline' of the Union Budget, and Congress President Rahul Gandhi stressing how an electoral understanding in Uttar Pradesh among the Opposition was a necessity if the Bharatiya Janata Party were to be defeated in the Lok Sabha polls.

Of the potential Uttar Pradesh allies, the Samajwadi Party's Ram Gopal Yadav attended the meeting, but the Mayawati-led Bahujan Samaj Party didn't send any of its representatives.

Some of the parties, including the Trinamool Congress, had wanted the Aam Aadmi Party to also be present, but the Congress sent out the invites as the meeting was convened by United Progressive Alliance Chairperson Sonia Gandhi.

However, in the Rajya Sabha on Friday, February 2, the Congress added its voice to AAP's protests over the sealing drive in Delhi.

As AAP members entered the well of the House, Congress and Trinamool Congress members stood up to demand that the Centre intervene to bring relief to shopkeepers.

'The government should answer how they are throwing out poor shopkeepers on the roads,' Leader of the Opposition and senior Congress leader Ghulam Nabi Azad said. Continued protests forced the chair to adjourn the House.

Opposition sources said this was evidence of better floor coordination among the Opposition parties, which was agreed upon at Thursday's meeting.

At Thursday's meeting, former prime minister Manmohan Singh spoke for a mere seven minutes to explain to the gathering the salient features of the Budget presented by Finance Minister Arun Jaitley earlier that day.

An Opposition leader who attended the meeting said Dr Singh's "master class was no rhetoric and based purely on facts".

Dr Singh, according to sources, told other leaders that the Modi government has failed to maintain fiscal discipline, and it remained to be seen where it would find finances for the ambitious schemes it has announced.

Congress President Rahul Gandhi said people no longer believed the BJP 'propaganda' and have seen through its promise of 'better days'. He acknowledged the 'reality' that in certain states the Congress and some regional parties were rivals, but they needed to come together on a broad national platform to defeat the BJP.

Rahul Gandhi said the Opposition should have an electoral understanding in UP.

There were also hints that the Congress was looking at an alliance with the All India United Democratic Front in Assam.

The meeting was also marked by Trinamool Congress leader Derek O'Brien congratulating the Congress, on the behalf of party chief Mamata Banerjee, for its good showing in Rajasthan.

Sonia Gandhi interjected to congratulate Trinamool for the wins in the Uluberia Lok Sabha and Noapara assembly seats. She also had a telephonic conversation with Banerjee.

The Trinamool has persisted with its efforts to emerge as the second most important party in the Opposition space.

On Friday, Banerjee described Bengal's Congress leaders as 'pygmies' and said the Congress and Communist Party of India-Marxist were 'one and the same' in the state.

'Without us, the Congress cannot function in Delhi. Let the state Congress leaders ask their party leaders in Delhi,' she said in the Bengal assembly.

On the BSP's absence at Thursday's meeting, sources pointed to party chief Mayawati's recent statements that the Centre is 'misusing' the Central Bureau of Investigation, Enforcement Directorate and Income Tax Act against Opposition parties.

Mayawati and some of her family members are facing corruption-related cases. 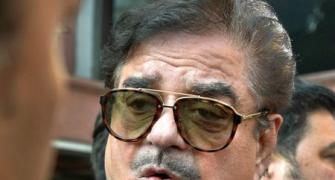 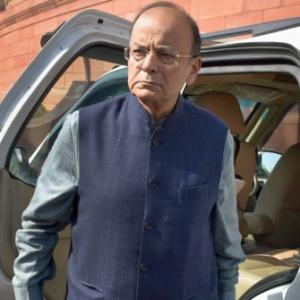