News
Business
Movies
Sports
Cricket
Get Ahead
Money Tips
Shopping
Sign in  |  Create a Rediffmail account
Rediff.com  » News » What comprehensive US immigration reform must do

What comprehensive US immigration reform must do 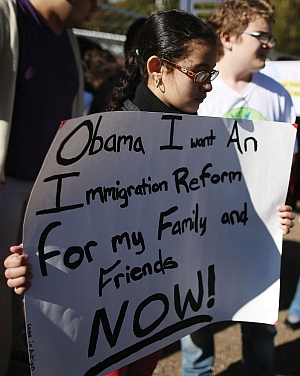 Unlike other communities, we do not demand to bring more people in the United States, but we demand fairness and justice for immigrants says Aman Kapoor

The comprehensive immigration reform bill should not be limited to the undocumented or for those who fall under the purview of the DREAM Act. There is a large number of immigrants who came here legally and are waiting for years to get permanent residency. The lawmakers should not forget those law-abiding people.

After the re-election of President Barack Obama, people are hopeful that a comprehensive immigration reform bill will be passed. There is a strong possibility that it will happen some time next year. House Speaker John Boehner, a Republican, too said that it is needed. We expect something positive to happen from all these.

But nobody knows how things will work out or what will be the provisions in such a bill. Who knows which way it will go? But we are all cautiously optimistic that it will bring something good.

The comprehensive reform is long overdue as there was no major immigration law passed in the last 12 years. If there were new laws passed, people would not have waited 12 years for a Green Card.

The proposed immigration reform should take into account three main things: First, it should remove the Green Card backlog, which is about a million including spouses and children. We believe half of them are Indians.

In all these years, half of the H1-B visas were given to the Indians. Considering that, the estimate of 500,000 Indians waiting for Green Cards is not an exaggeration. About half a million Indians are stuck in US immigration limbo. This makes the issue important for all Indians.

Second, we demand the comprehensive reform to take into consideration the quality of life issues. By this we mean that the new law should give flexibility to the immigrants. They should be able to change jobs without attracting immigration laws.

Their children should be able to get scholarships and study in universities paying regular fees rather than as international students.

Allowing the spouses of immigrants to work will benefit them and the country because many of them are highly qualified.

Third, immigrants should be protected by law. Currently those who came on H1-B visas, etc, cannot switch jobs. The employers will utilise this to their advantage. Many employers will not give immigration documents or even W-2 forms to the workers. Sometimes the employer keeps the tax return too.

Whatever happens or whatever wrongs are committed by the employer, the employee will keep quiet fearing the immigration law. They have no protection to blow the whistle even when the employer does illegal things.

If you report, you are out of status -- that is the situation. If two people apply for a job and one is an immigrant and the other one is a US citizen, employers will prefer the immigrant.

The employer knows well that he need not pay or treat the immigrant as he treats a citizen. A situation develops that allows exploitation. It also undercuts US workers. We don't want to take away jobs from anybody.

We also do not want to bring people and exploit them. We want them to be treated fairly.

Removing the per-country limit for Green Cards is another important issue.

Currently, larger countries such as India and China get the same number of Green Cards as a small country with a small population does. Currently, 140,000 Green Cards are available each year for immigrants based on their job skills, with each country limited to 7 per cent of those visas (9,800 Green Cards.)

This provision is also used by the employers. They can hire people from any country but prefer to hire from larger countries such as India. Because they know those from India or China will not get a Green Card soon and have to wait for years. Till then, the employers can continue the exploitation. It will not create a happy environment for the worker.

The workers who come here, whether highly skilled or not, should have the same ability to change jobs or report wrongs. Historically, people were brought to the US and exploited. In the 19th century people from China were brought for working on the railroads.

One segment of society exploiting another segment is a historical fact. Comprehensive immigration reform should eliminate chances for such misuse.

Aman Kapoor is co-founder and president of Immigration Voice which works for those waiting for Green Cards. He spoke to George Joseph 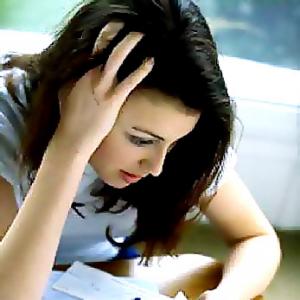 How to manage multiple credit cards