A family of five Western hostages, including three children, were recovered after five years of their abduction by terrorists with ties to the Afghan Taliban in an operation based on intelligence shared by the United States, the Pakistan Army said on Thursday.

'Pakistan Army and ISI (Inter-Services Intelligence) recovered 5 Western hostages including 1 Canadian, his US National wife and their three children from terrorist custody through an intelligence based operation by Pakistan troops and intelligence agencies,' the Army said in a statement.

It said the US intelligence agencies had been tracking the hostages and shared their location when they were shifted to Pakistan through border of Kurram tribal district on Wednesday.

The operation by Pakistani forces, based on actionable intelligence from US authorities, was successful and all hostages were recovered safe and sound and are being repatriated to the country of their origin, it added.

In Washington, DC, President Donald Trump hailed the release of the hostages from Taliban captivity and identified the kidnapped couple as Caitlan Coleman and Joshua Boyle.

He said their release was a 'positive moment' for US relations with Pakistan.

"The US government, working in conjunction with the government of Pakistan, secured the release of the Boyle- Coleman family from captivity in Pakistan," Trump said.

Caitlan Coleman, an American citizen, and her husband Joshua Boyle, a Canadian citizen, were kidnapped in 2012 in Afghanistan while on a backpacking trip.

Coleman, 31, was pregnant at the time of abduction. All the three children were born in captivity.

'Coleman gave birth to the couple's three children while they were in captivity,' Trump said in a White House statement. 'Today, they are free.'

Trump praised Pakistan for its willingness to 'do more to provide security in the region' and said the release suggests other 'countries are starting to respect the United States of America once again'.

'We hope to see this type of cooperation and teamwork in helping secure the release of remaining hostages and in our future joint counter-terrorism operations,' Trump said.

US Secretary of State Rex Tillerson too welcomed the development.

In a statement, Tillerson expressed his deep gratitude to the Pakistan government and the Pakistani Army for their cooperation.

"The United States is hopeful that Pakistan’s actions will further a US-Pakistan relationship marked by growing commitments to counter-terrorism operations and stronger ties in all other respects," Tillerson said.

The Pakistan Army said the success underscores the importance of timely intelligence sharing and Pakistan's continued commitment towards fighting this menace through cooperation between two forces against a common enemy.

The hostages 'are being repatriated to their country of origin'.

The Afghan Taliban last year released a video that showed the family, including two young boys. 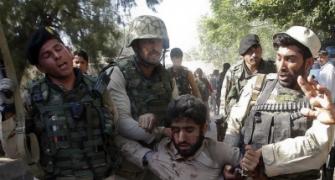 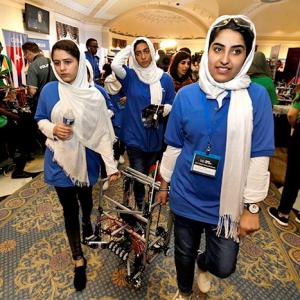