Observing that freebies and social welfare schemes are two different things, the Supreme Court on Thursday said a balance has to be struck between the economy losing money and welfare measures. 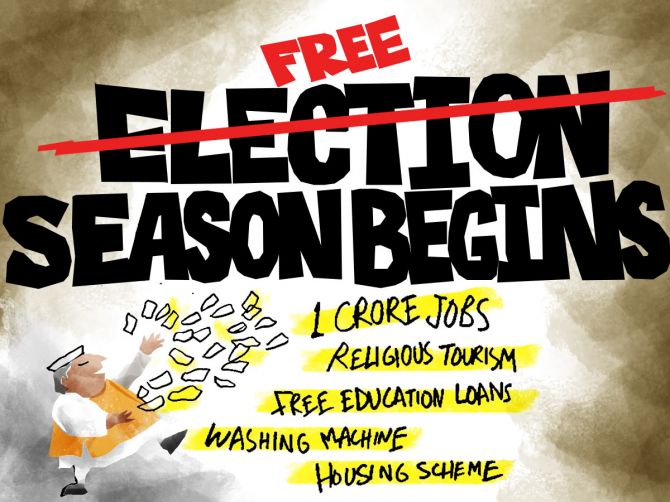 It also ruled out the possibility of considering a plea for de-recognising parties for making promises to give freebies.

Asking stakeholders to give suggestions on this aspect before August 17, a bench comprising Chief Justice N V Ramana and Justice Krishna Murari said the idea to de-recognise political parties for making promises to give irrational freebies during the polls was ”undemocratic”.

”I do not want to enter the area of de-registering a political party etc as it is an undemocratic idea...We are a democracy after all,” the CJI, speaking for the bench, said.

The CJI said the issue of promise to grant irrational freebies during the poll process is a ”serious issue” but he will not encroach into the legislative domain even if there was a statutory vacuum on the issue.

The CJI, who is demitting office on August 26, said some suggestions have been made by senior lawyers and asked the remaining parties to do the needful before his retirement and fixed the case for further hearing on August 17.

”Freebies and the social welfare scheme are different...Economy losing the money and the welfare of people, both have to be balanced and that is why, this debate. There must be someone who can put their vision and thoughts. Please submit something before my retirement,” the CJI said.

Taking note of the submissions of senior advocate Vikas Singh, appearing for Upadhyay, the bench said it is a ”serious issue and those who are getting (the freebies), they want it. Ours is a welfare State. Some may say that they are paying taxes and it has to be used for developmental processes...So both sides have to be heard by committee.”

Solicitor General Tushar Mehta, appearing for the Centre, said, ”Distribution of freebies has been elevated to the level of an art by some parties recently. Elections are fought only on this plank. It is unfortunate that in the country's election spectrum some parties understand that distribution of free things is the only way of ’welfare measures' for the society. This understanding is completely unscientific and will lead to an economic disaster."

The top law officer gave the example of the ’stressed' electricity sector and said many power generating and distribution companies are PSUs  and are under severe financial stress.

Till the time either the legislature or the poll panel steps in, the top court must lay down "dos and don'ts" for political parties in ”larger national interest."

At the outset, the CJI took strong note of the publication of the poll panel's additional affidavit in newspapers saying it reached the media before the judges got to see it.

”We have to read the counter affidavits of the Election Commission in the newspapers and we have not received it till late last night...Please give affidavits to newspapers only,” the bench said.

Senior advocate Maninder Singh, appearing for the poll panel, said it was filed online and the copies were supplied to other parties as well.

”How does it reach newspapers and not us? What is there to read in the Election Commission affidavit now,” the bench quipped before proceeding to hear the matter.

The poll panel, in its August 10 additional affidavit, told the Supreme Court that it welcomed the suggestion of setting up an expert panel to brainstorm the issue of freebies announced during elections, but it, being a ”constitutional authority”,  be not made part of it which may have some government bodies.

It also referred to the reported strong oral observations of the top court against it during the last hearing on the PIL on the issue, saying they have ”caused irreparable damage to the reputation of this institution built over the years”.

On August 3, the top court, while asking stakeholders like the Centre, Niti Aayog, Finance Commission to brainstorm on the issue of freebies, had hinted that it may order setting up a mechanism for suggesting measures to the government to deal with the issue.

”The Election Commission and the government cannot say that we cannot do anything about this. They have to consider the issue and give suggestions,” the bench had said.

Earlier on July 26, the bench had termed as "serious" the promise of "irrational freebies" made by political parties during elections and wondered why the Centre was hesitant about taking a stand on the issue.

The top court had on January 25 sought replies from the Centre and the Election Commission on the PIL, filed by lawyer and BJP leader Ashwini Upadhyay, seeking direction to seize the symbol or deregister a political party that promises or distributes "irrational freebies" before polls, saying it is a "serious issue" as sometimes ”freebie budget is going beyond regular budget”. 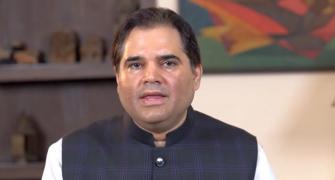 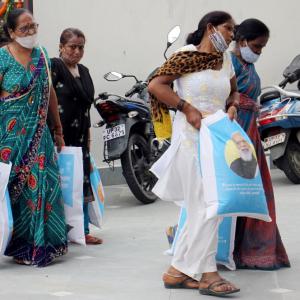