We must delink religion from terror: Swaraj tells Arab League 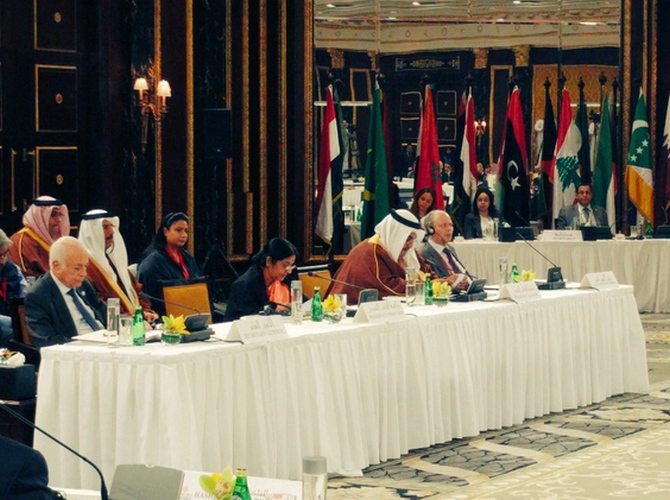 Strongly pitching for delinking terrorism from religion, External Affairs Minister Sushma Swaraj on Sunday said India and the Arab world must join hands to eliminate the menace as she warned that those who silently sponsor terror groups could end up being used by them.

"Those who believe that silent sponsorship of such terrorist groups can bring rewards must realise that they have their own agenda; they are adept at using the benefactor more effectively than the sponsor has used them," Swaraj told the foreign ministers of Arab League states.

Speaking at the first ministerial meeting of the Arab-India Cooperation Forum which she described as a "turning point" in India's ties with the Arab world, she made a strong pitch for delinking religion from terrorism, saying the only distinction is between those who believe in humanity and those who do not.

"Terrorists use religion, but inflict harm on people of all faiths," said Swaraj, who arrived in Manama on Saturday on a two-day visit.

She cited "India's model of unity in diversity" as an example for the world to counter indoctrination and radicalisation.

Swaraj's citing of India's religious and cultural diversity at the world stage assumes significance as it comes in the backdrop of the intolerance debate that had raged recently in the country with many writers, artists and civil society members expressing alarm over the issue.

"We in India have citizens who belong to every existing faith. Our Constitution is committed to the fundamental principle of faith-equality: the equality of all faiths not just before the law but also in daily behaviour.

"This philosophy is not just a construct of our Constitution, adopted in 1950; it is the essence of our ancient belief that the world is family," she asserted.

Swaraj, in her speech, also quoted from the Quran, saying that faith harmony is the message of the Holy Quran as well. "I will quote only two verses: La ikra fi al deen (Let there be no compulsion in religion) and La qum deen o qum wa il ya deen (Your faith for you, and my faith for me)," she said in her address to the key Arab nations.

She stressed that dangers of radicalisation and indoctrination cannot be ignored.

"We have seen repeatedly that terrorism does not respect national borders. It seeks to subvert societies through its pernicious doctrine of a clash of civilisations," Swaraj said.

"The only antidote to this violent philosophy is the path of peace, tolerance and harmony, a path that was illustrated centuries ago by Buddha and Mahavira and which was taken  into the modern age by the Father of our nation Mahatma Gandhi. As he famously said, 'an eye for an eye ends up making the whole world blind'," she said.

Swaraj's strong push for anti-terror cooperation comes at a time when there have been a spate of terror attacks across the globe from the Paris carnage and the Pathankot airbase assault to the blasts in Indonesia as terrorism has risen as one of the most significant challenges of the world.

"As the spectre of terrorism and religious hatred raises its ugly head across the world, particularly in those cherished cities of history, it is time once again to reach back in time and redeem the essence of our civilisational spirit. We must pledge to halt the physical violence that has spread like a plague," Swaraj said.

She stressed on the need for equally addressing the violence in "our minds, a poison that has been spread by terror groups, harnessing the power of modern technology and social media platforms to infect our youth -- those ideologies and beliefs that regard one’s own brother as a stranger, one’s own mother as accursed."

"We should not underestimate the power of this illusion, clothed in a false interpretation of faith," she asserted.

Swaraj also highlighted the importance of the passage of the Comprehensive Convention on International Terrorism in the United Nations, saying it will remove a "significant  lacuna" in the global community’s fight against this menace.

"We, who represent the stable and civilised world, must meet the challenge, or we risk destroying the most precious inheritance of our forefathers," Swaraj said.

Stating that today's meeting marked a "turning point" for India-Arab relations, she said that nations were experiencing a major turning point in history as well when the forces of terrorism and violent extremism are seeking to destabilise societies and inflict incalculable damage to cities, people and the very social fabric.

"Ever since the National Democratic Alliance government assumed office in 2014, we have paid special attention to our ties with the Arab world and we have also had extensive engagements with various high level visits," she said and referred to Prime Minister Narendra Modi's "path-breaking" visit to the UAE, the first by an Indian Prime Minister to the country in 34 years.

"For so long, the ties that bind India and the Arab world have provided prosperity, enhanced wisdom and enriched our civilisations. It is therefore imperative more than ever before that we stand together and recognise the danger to our world for what it is," Swaraj said.

Swaraj said the ministerial meeting was aimed at giving a new shape, direction and energy to the centuries-old relations between India and the Arab world.

"Today, we have the opportunity of translating the vision of India-Arab solidarity into concrete avenues of cooperation," she said. 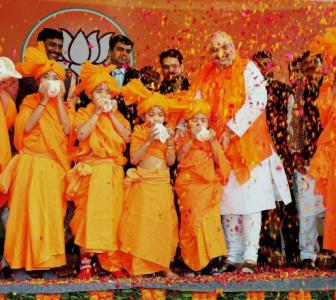 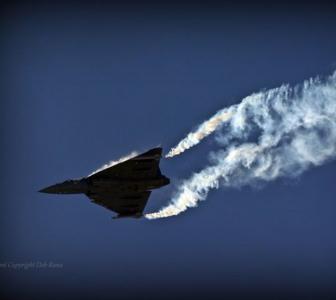 Waiting for naked statues at Khajuraho to be covered: Sahgal