We may never know who helped Anderson flee

The mystery about who facilitated the escape of Union Carbide chief Warren Anderson's from the country after the Bhopal gas tragedy may never be solved.

The then Madhya Pradesh chief minister Arjun Singh has said in the past that Anderson was allowed to leave Bhopal to prevent a law and order situation in the city, but it was assumed that the orders to let him fly out of India on December 7, 1984, came from a higher authority in Delhi.

Had Anderson been promised "safe passage" by the external affairs ministry?

Whether that was in fact the case might never be known. The prime minister's office has now said in response to an Right to Information query, that it has no records of phone calls made or received by the then prime minister Rajiv Gandhi in the aftermath of country's worst industrial disaster.

The minutes of the conversation between the two leaders might have indicated the circumstances in which Anderson was arrested and later allowed to use aircraft of Madhya Pradesh government to come to Delhi from where he left for United States.

But now the PMO has said it does not have records of any telephonic conversations between Rajiv Gandhi and US officials or with Arjun Singh in the week following the Bhopal Gas leak, which killed over 15,000 people and maimed thousands.

"The applicant sought information relating to phone calls made/received by the Prime Minister during specified days in December, 1984. The matter was referred to the office for inputs. The office has informed that PMO does not have the information sought by the applicant," Central Public Information Officer Sanjukta Ray said in her reply.

"The reply does not indicate that they (PMO) do not maintain information. Had it been the case they could have mentioned it in the reply," an information commissioner commented.
Source: PTI© Copyright 2021 PTI. All rights reserved. Republication or redistribution of PTI content, including by framing or similar means, is expressly prohibited without the prior written consent.
Related News: Arjun Singh, PMO, Warren Anderson, Rajiv Gandhi, RTI
SHARE THIS STORY
Print this article 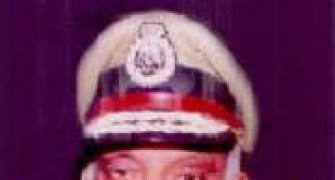 Anderson and his wife Lillian own a luxury home in the Hamptons
Bhopal case: Complaint filed against Arjun Singh

'I am free to go home,' Anderson had said after Bhopal tragedy 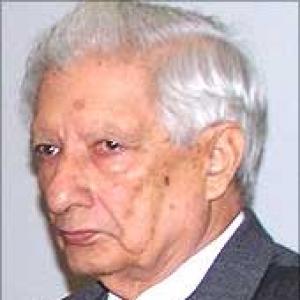