West Bengal Chief Minister Mamata Banerjee on Wednesday filed her nomination for Nandigram assembly seat, where she will take on her former protege and Bharatiya Janata Party leader Suvendu Adhikari and exuded confidence of winning it saying she has never returned empty-handed from the land of anti-farm land acquisition movement. 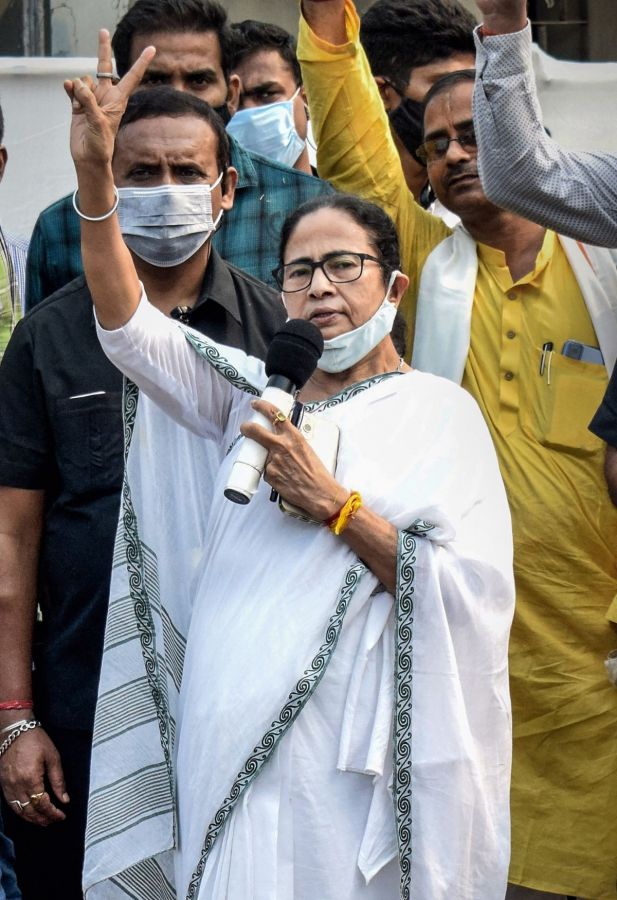 Accompanied by Trinamool Congress president Subrata Bakshi, Banerjee filed her papers at the Haldia sub-divisional office after taking part in a 2 kilometre roadshow. She offered prayers at a temple before filing her nomination, and at another after doing so.

"I am confident about my victory from the Nandigram assembly seat. I could have easily contested from Bhawanipur seat (which she represents).

"When I had visited Nandigram in January, there was no MLA from here as the sitting MLA had resigned. I looked at the faces of the common people and decided to contest from here," she said after filing her paper.

"I have never returned empty-handed from here. Nandigram is not just a name, it is the name of a movement. Bhulte pari sobar naam, bhulbo nako Nandigram (I can forget everyone's name, but can never forget Nandigram). That's the significance of this place for me," the TMC supremo said.

Banerjee said that she had made up her mind this time to contest either from the Singur or Nandigram -- the cradles of the anti-farm land acquisition movement which had catapulted her to power in 2011.

"My feeling is very clear -- no one can divide this place along religious lines. During the Nandigram movement all the communities had participated in it. Those who are lecturing now about its legacy were nowhere when violence was unleashed here. I was fighting alone," she said. The feisty TMC chief will contest from Nandigram for the first time after relinquishing her Bhowanipore constituency in Kolkata.

She has rented a house in Nandigram and will campaign from there.

Nandigram assembly constituency is set for a high octane battle with Banerjee deciding to contest from the seat against Adhikari, who recently switched over to the saffron camp.

Adhikari, who will file his nomination paper for the seat on a later date, called her an "outsider" to Nandigram and himself a "bhoomiputra" (son of the soil).

He had won the Nandigram seat in the 2016 assembly poll, while another TMC candidate emerged victorious from the constituency in 2011.

Adhikari had quit TMC and resigned from the assembly late last year to join BJP following differences with the state's ruling party.

Both the leaders were prominent figures in the anti-farm land acquisition movement in Nandigram in 2007 that had catapulted Banerjee to power in West Bengal in 2011 ending the 34-year-long rule of the Left Front.

The little known rural area, which had witnessed one of the bloodiest movements against the government's acquisition of cultivable land for industrialisation, had then changed the political landscape of the West Bengal.

Now after more than a decade of peace, Nandigram, home to 70 per cent Hindus and 30 per cent Muslims, is witnessing political and communal polarisation.

The Muslims are firmly behind TMC that has controlled the area for the last 15 years.

The constituency mainly comprises two blocks -- Nandigram I and Nandigram II -- with the first having 30 per minority population and the second almost 15 per cent.

Election in Nandigram is slated to be held on April 1. 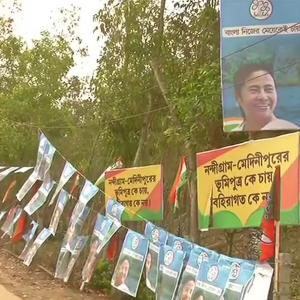 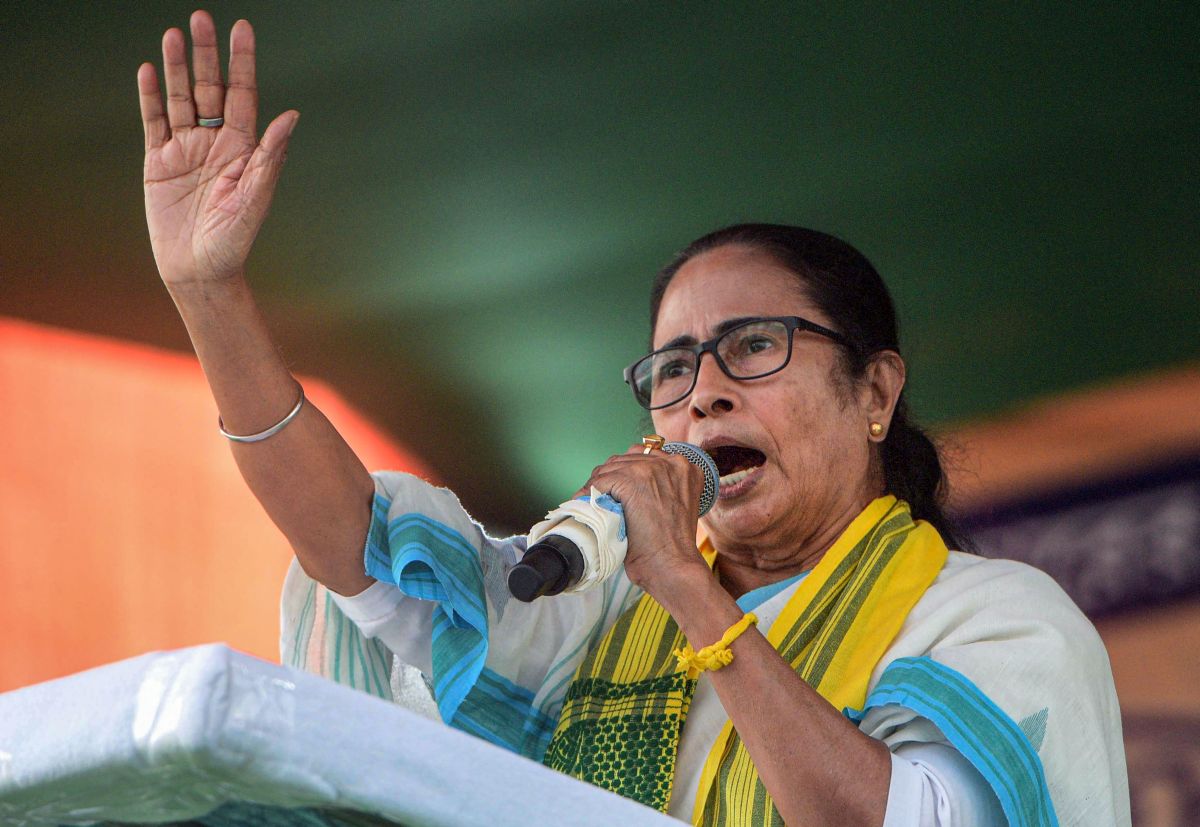