Source: PTI
November 25, 2011 21:56 IST
The body of slain Maoist leader Kishenji would be sent to his home at Peddapalli in Andhra Pradesh by the West Bengal government after conducting a postmortem in Kolkata.

"The body is being sent," West Bengal Chief Minister Mamata Banerjee told the media when asked if Kishenji's body would be sent back to his home state.

Additional Director General of Police S Purakayastha said that Kishenji's body would be brought to Kolkata from the Jhargram police morgue for post mortem before it is sent to Andhra Pradesh.

Security measures would be taken for bringing the body to the metropolis, he said. Secretariat sources said the postmortem would be done on Saturday.

Purakayastha said that the security of the chief minister and ten other VVIPs on the Maoist hit list had been stepped up.

Kishenji's body would be formally identified by his niece Deepa Rao who would go to Midnapore on Friday night along with Maoist sympathiser Varvara Rao, police sources said in Midnapore.

A forensic team would be present during the postmortem. If required a DNA test would also be made, the sources added. 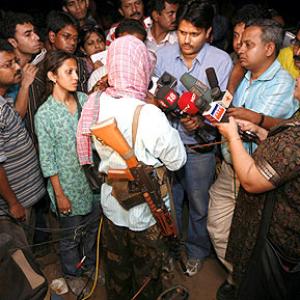 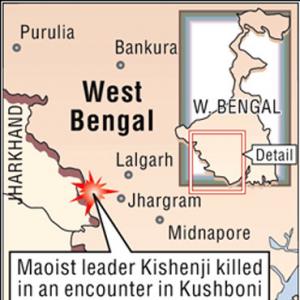 Kishenji, the Maoist who waged a bloody war against the state